After three years without it, The Rose of Tralee is finally back. 33 women from around the globe will take to the stage in the iconic Dome in the Kingdom on Monday and Tuesday night.

So VIP Magazine had to catch up with Dáithí Ó Sé before he enters the country for the next two evenings.

Speaking over the phone ahead of the festival kicking off you can feel the excitement vibrate down the line.

“Once I’m in Kerry, I’m on until I leave Kerry on Wednesday morning,” he tells us, adding he’s even more excited to return to his native land as it’s the first time he’s returned since they won the All-Ireland.

Of course, the conversation soon turns to how the competition fits into 21st-century society. It’s one, we’re sure, that Dáithí is well used to. But he’s not afraid to tackle things head-on, saying that the Rose of Tralee “echoes what happens in Irish society”.

He adds that the competition has a “positive message” for young viewers.

“The changes are with the Roses, if you go back to the 1980s and look at their occupations they’re teachers and nurses, now you have engineers, doctors, and occupational therapists. If you go back, even before my time and just look at the education you’d have a few people with BAs, now the minimum seems to be, after meeting all 33 Roses, a MA!

“It’s a good look at what Irish women are doing in a certain year. Since I took over in 2010 it’s just changed and gone forward. Married women can enter the Rose of Tralee, you can be a trans woman, and you can be up to 29 years old.

“These are all very, very positive moves. It’s echoing what’s happening in Irish society and we need to embrace that. The Rose of Tralee is a happy place for everyone. The LGFA had the campaign, If She Can’t See It, She Can’t Be It. And it’s like that!

“There are little girls watching it who like dresses see the lady on stage with the nice dress who also happens to be an engineer. I think it’s a positive message to send out to young girls.”

So after three years, what can we expect from the show? Well, Dáithí promises it’s “all out this year”. And after hearing just a hint of what himself and the Roses have in store, we would have to agree.

“We’re working on some crazy party pieces at the moment,” he teases. “I can’t really tell you much, but there’s a live animal in one of them. We had to get a smaller version of the one I wanted for safety reasons, that’s all I’m saying! And we’re working on something else that might be a bit bizarre.”

He goes on to say: “I’ve met all of the Roses, we’ve laughed with some we’ve cried with more. There’s some really serious stuff but there is some light. With the heavier stuff, it’s tough to talk about on stage, but they have to connect with the people at home who are going through the same thing.

“People watching might think they’re alone and all of a sudden they connect with someone on stage at the Rose of Tralee. That’s why we delve into those personal stories. And fair play to the Roses, they’re always willing to give me the whole thing up which isn’t the easiest thing to do. 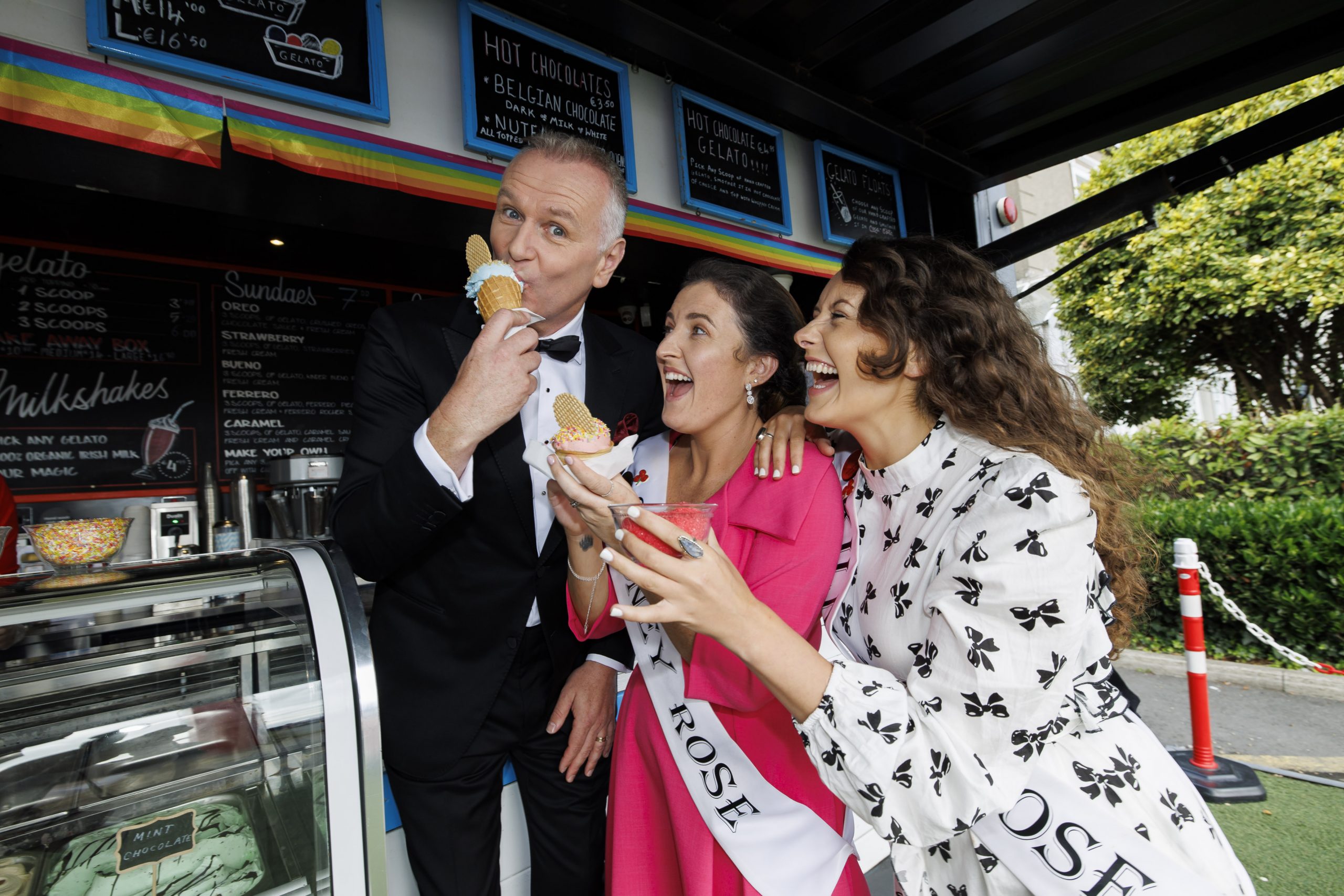 “We’re there to enjoy the whole thing, to have a bit of fun, a bit of craic. We’ve been so long waiting for it. We’re all getting back to normal. This is like the last part of the puzzle.”