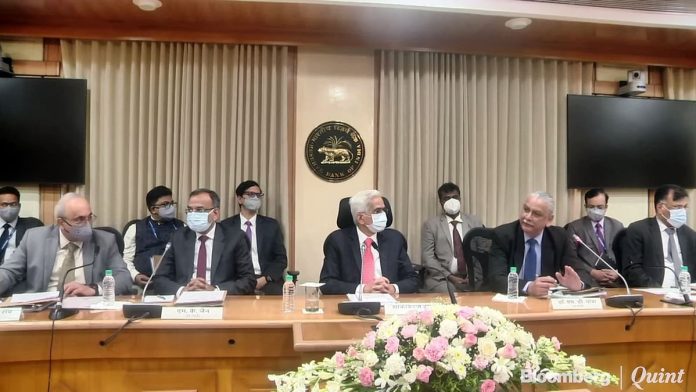 India’s monetary policy makers rely on backward-looking information of one to three months ago and can be thrown off course by unanticipated shocks that hit them in the future, according to RBI Deputy Governor Michael Patra.

Inflation data are at least one-month old, and those on GDP are at least three months old, Patra said in a speech at the SBI Banking and Economics Conclave.

Monetary policy has to be forward-looking because of the lags with which a policy rate change gets transmitted across the markets and eventually gets reflected in lending and mortgage rates, and yields, he said.

According to him, monetary policy can only hope to address future inflation, not today’s inflation. But at any point in time, the goal variables of inflation and growth are not visible to the monetary policy maker, Patra said.

The goal variables are also shifting over time and hence, the monetary policy maker has to take into account not their known positions but their uncertain future trajectory, he said.

“Then they have to shoot forward—getting the angle right is crucial to taking the shot.”

Economists and monetary policy makers are aware today that on its own, monetary policy cannot influence the long-run growth of the economy or “the so-called long-run neutrality of money”, Patra said.

At best, it can create congenial conditions for other policies to influence the growth rate. Yet, almost every central bank has a dual mandate—growth/employment objective is always tagged on, he highlighted.

Across the world, monetary policy authorities are engaged in the most aggressive and synchronized tightening in decades, Patra said, adding that “75 (bps hike) is the new 25”.

They are resolute in their determination “to put the genie of inflation back into the bottle”, he said.

Globally, a widespread fear is that forceful monetary policy tightening will precipitate a hard landing or a recession, he said.

Geopolitical strife with no end in sight, centrifugal forces threatening to tear apart the unifying influence of global integration, and financial fragmentation are the new forces that seem to be chiseling the evolving global economic outlook, Patra said.