Delivery-Mileage McLaren P1 Could Set A New Record At Auction

When the McLaren P1 arrived on the scene it was joined by two other icons, the Ferrari LaFerrari and the Porsche 918 Spyder. Today, it remains responsible for the creation of the term hypercar and now, a Volcano Yellow example with delivery mileage has popped up on an auction site.

Number 348 of 375 examples made, this 2015 P1 is powered by the same hybridized 3.8-liter twin-turbocharged V8. Equipped with a drag reduction system and a power assist system, this really is a road car with bonafide Formula One technology. Now, it’s all available to the highest bidder over on Bring a Trailer.

Volcano Yellow may not be as desirable as Papaya Orange but it’s close, and the glittery flake in the paint offers a layer of depth that few recognize from afar. Black carbon fiber panels accent the vehicle. Underneath that body, a full carbon underbody is just as clean and unblemished and that’s in part due to its incredibly low mileage.

Read More: McLaren And BMW May Co-Develop An Electric Supercar And Crossover 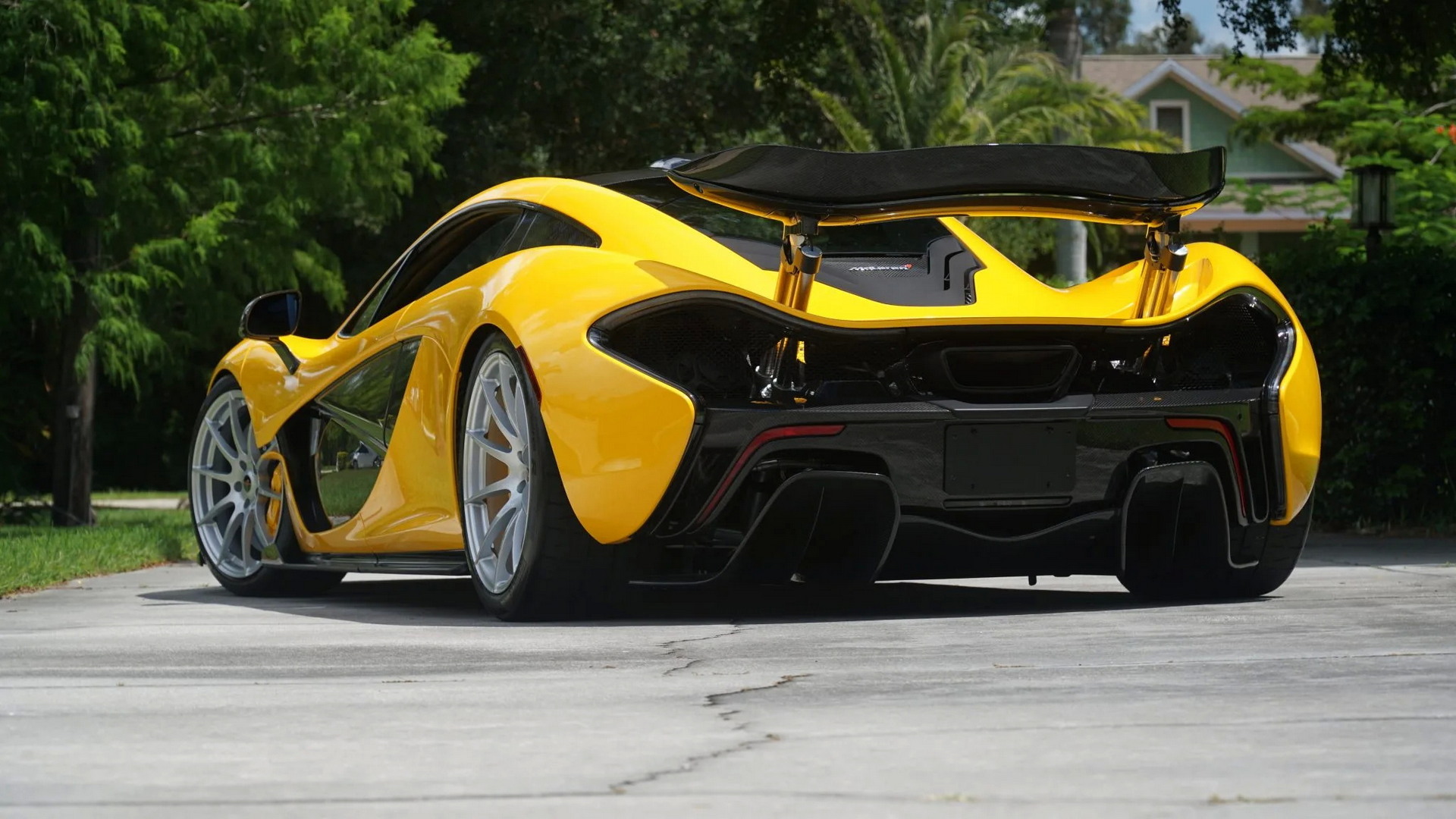 With just 305 total miles on this chassis, it’s just about as new as it possibly could be some seven years after its production. That’s evident in many ways not least of which is the complete lack of any blemishes under the vehicle on the exposed carbon. Of course, the dash and the vehicle records show the same low mileage over its lifetime. It might even be low enough that this P1 sets a new record for Bring a Trailer.

Just last month, a slightly lower mileage P1 sold for $1,820,000, a record for the model on the platform. Finished in Volcano Red, it was also desirable but we get the feeling that the yellow might go for more. Either way, we might not have to wait for the end of the auction to find out. Within the first six hours of bidding this car was up over $1.1 million already.