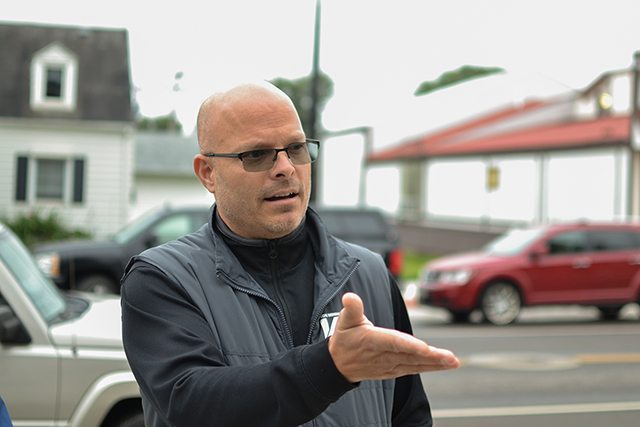 The retiring Minnesota Sen. Tom Bakk of Cook made waves in 2020 when the one-time DFL majority leader became an independent and caucused with Republicans who control the state Senate. But, as the November midterm election approaches, he has not fully embraced the GOP.

Bakk on Saturday told MinnPost he favors incumbent Reps. Dave Lislegard of Aurora and Rob Ecklund of International Falls — two Democrats — in key northeastern Minnesota swing races that could determine who has a majority in the Minnesota House next year. The endorsements could influence the contests because Bakk remains a well-known politician in the Iron Range area.

“It’s very important to range communities that both Dave Lislegard and Rob Ecklund are re-elected,” Bakk said in a short written statement in response to questions about his endorsements in northeastern Minnesota.

Bakk said that after the death of Sen. David Tomassoni of Chisholm and the retirements of himself, GOP Sen. Carrie Ruud of Breezy Point and Republican Rep. Dale Lueck of Aitkin, it’s “imperative” Ecklund and Lislegard win.

“Their established seniority, considering the retirements, is critical to the region’s success as it relates to the upcoming session in 2023,” Bakk said.

Nearly every legislative seat in northeastern Minnesota outside of Duluth is likely to be hotly contested. The region was once a stronghold for the DFL. But it has trended toward the GOP in the Trump era, and Republicans are targeting the area in hopes of retaining the Senate and flipping the House.

That includes Bakk’s seat in Senate District 3 and Tomassoni’s seat on the Iron Range, now known as Senate District 7 after the redistricting process. Both were elected as Democrats in 2020 before becoming independents who sided largely with the GOP.

In the House, at least five legislative districts are competitive, covering a huge swath of land that includes International Falls, Grand Marais, Two Harbors, Hermantown, Hibbing, Chisholm, Cloquet and Virginia. Four of those districts are currently represented solely by Democrats. In the fifth, DFL Rep. Julie Sandstede of Hibbing is facing Republican Rep. Spencer Igo of Grand Rapids after the pair were put into the same district in court-drawn political maps created following the 2020 Census.

An analysis of northern Minnesota voter preferences in the 2020 election using new boundaries after redistricting shows they favored Trump over Joe Biden in four of seven House and Senate districts. That’s one big reason the GOP believes it can win. (Bakk’s district was almost exactly evenly split between Trump and Biden, and the other two districts only narrowly favored Biden.)

Bakk only weighed in on Ecklund and Lislegard. He said he’s likely to make an endorsement soon in his district where Republican Andrea Zupancich is facing Democrat Grant Hauschild. Zupancich, the mayor of Babbitt, said Bakk recruited her to run. Hauschild is a Hermantown city councilman.

Lislegard is a two-term Democrat and the former mayor of Aurora. He’s running against Republican Matt Norri, whose family long owned a prominent beverage distribution business in Virginia. Ecklund is serving in his fourth term. His opponent is Ely Mayor Roger Skraba.

Asked how important Bakk’s endorsement is in a swing seat, Lislegard simply answered: “An independent voice.”

On Tuesday, Norri said he’s talked to Bakk a few times to get general advice but said he wasn’t expecting an endorsement from Bakk because he and Lislegard are good friends. Last week, Norri said he hasn’t received all the endorsements he hoped for, including from unions, but he said it’s a traditionally Democratic area and noted Lislegard is an incumbent. “I’ve talked to a lot of them and they said if I were to win and obviously I’ll do well by them, they would have no problem in the future endorsing me,” Norri said.

Ecklund said the Bakk endorsement is “critical.” Skraba said the endorsement didn’t surprise him because Bakk was a Democrat turned “self-imposed Independent” who didn’t fully flip to the GOP. He said he was glad Bakk left the DFL because it “showed how out of touch the Democrats are in northern Minnesota.”

But Skraba also said seniority is not necessarily important and said Lislegard and Ecklund have been too beholden to metro-area DFLers. “Maybe, gosh forbid, maybe that’s what this area needs is some new leadership,” Skraba said. “If you keep sticking the same old people in and thinking you’re going to get change you’re not gonna.”