This, ladies and gentleman, is a prime example of how you should not drive and what can go wrong while driving distracted.

The clip was (likely) filmed somewhere in the U.S. and shows a pair of young men messing around in a bright orange Chevrolet C8 Corvette Convertible. One of them can be seen behind the wheel while his friend is going for a joyride on the engine cover.

Read Also: This Appears To Be The First 2023 Corvette That Was Crashed

It is quite a hectic scene. As the Corvette passes the individual filming, the driver can be seen turning around to look at his friend on the decklid, taking his eyes completely off the road but continuing to drive forward. He is so blissfully unaware of what’s ahead of him that mere moments later, he slams into the rear of a white Lexus LX 570 that was stopped in the middle of the road, perhaps while attempting to do a U-turn. 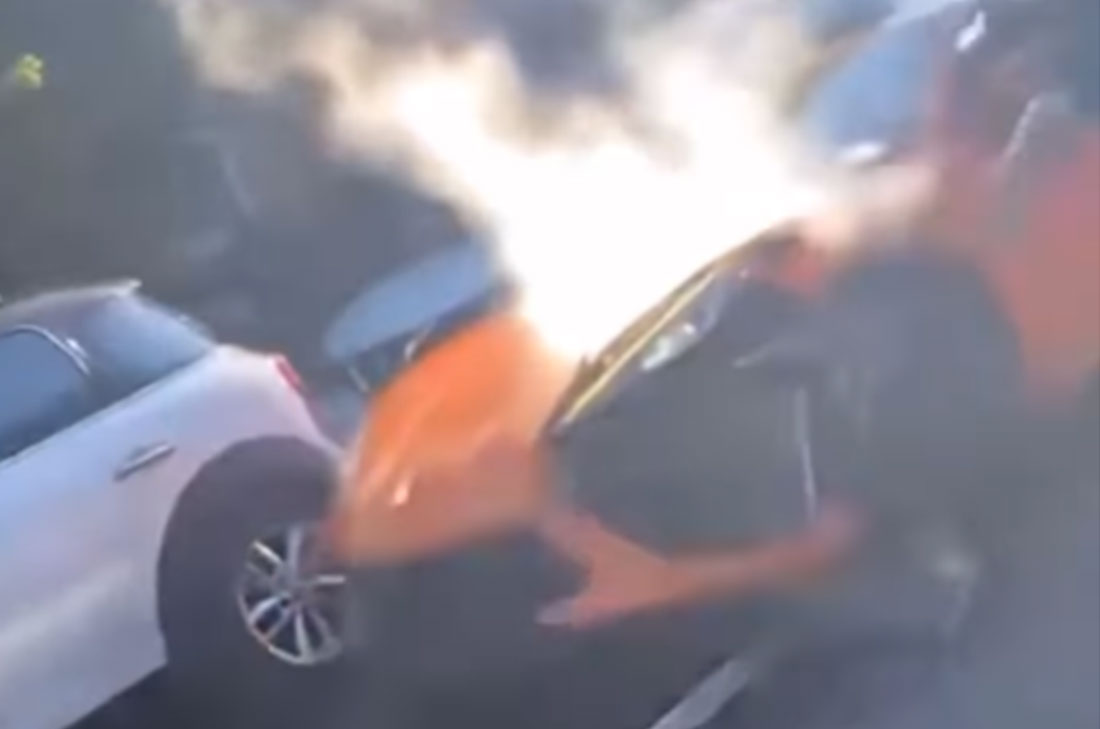 While the crash occurred at relatively low speeds, it was enough to knock the guy riding on the decklid off balance. It also caused quite a bit of damage to the mid-engined sports car.

The video shows that immediately after the impact, steam starts to bellow out from the front of the Corvette. As the camera pans around to the front, we can see that one of the radiators under the driver’s side headlight was busted in the crash and immediately started to leak coolant across the road. The front bumper of the Corvette has also been badly damaged.

We don’t get a great look at the rear of the Lexus after the crash but its damage appears to be limited to a prominent dent in the rear bumper.