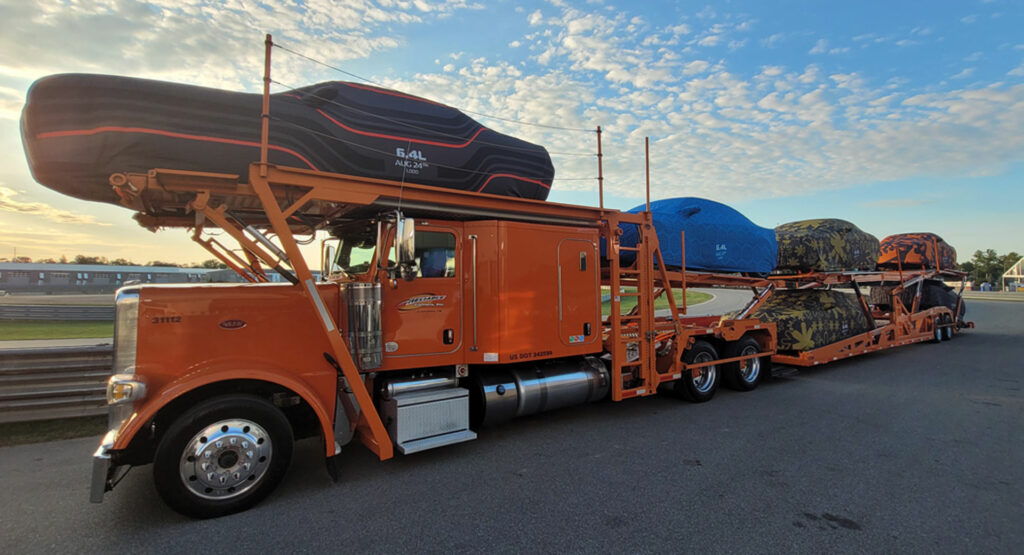 Dodge Speed Week is officially underway and this year promises to be one to remember as 2023 will be the last year for the current Charger and Challenger.

With the end of an era in sight, Dodge is pulling out all the stops and literally offering a truckload of seven special editions.

The company is keeping details under wraps, but they’ll be “heritage-influenced” special editions that share a “connection to an iconic Dodge model from the past, reaching back to the dawn of the muscle-car era in the 1960s and 1970s.”

Also Read: Starting Tomorrow, You Can Order A Dodge Challenger Convertible From Dealers 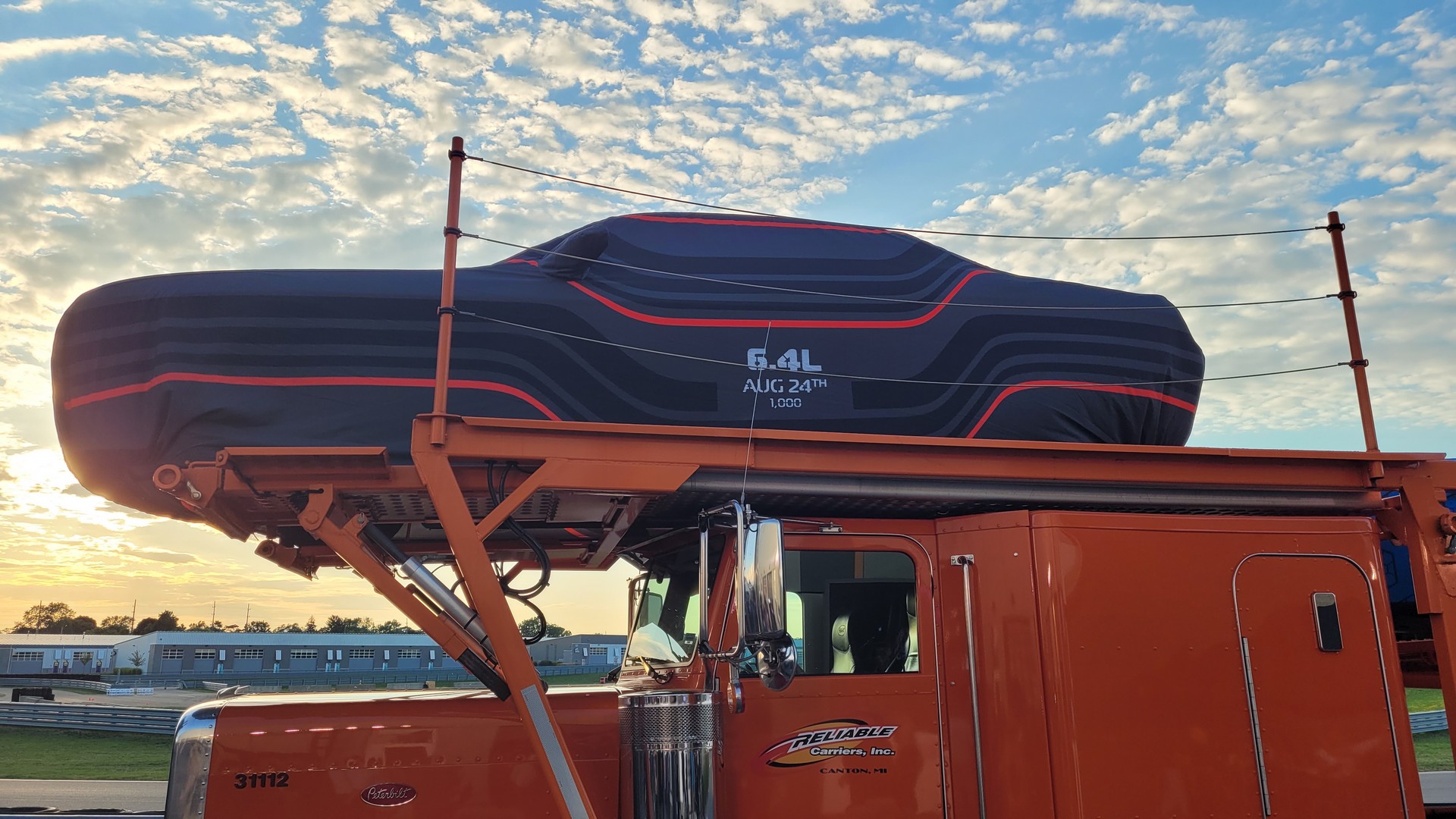 We were on hand at the M1 Concourse to check them out, and while Dodge isn’t saying much about them, the first special edition will debut on August 24th and be a Challenger with a 6.4-liter HEMI V8. One week later, on August 31st, a Challenger will be unveiled with the aforementioned engine.

Come September 7th, Dodge will introduce a special edition Charger and Challenger. Both are presumably similar and they’ll have a 6.4-liter HEMI V8 as well.

Later that month, on September 14th, the company will unveil a high-performance Charger with a supercharged 6.2-liter V8 engine. It will be followed by a similar Challenger variant on September 21st. 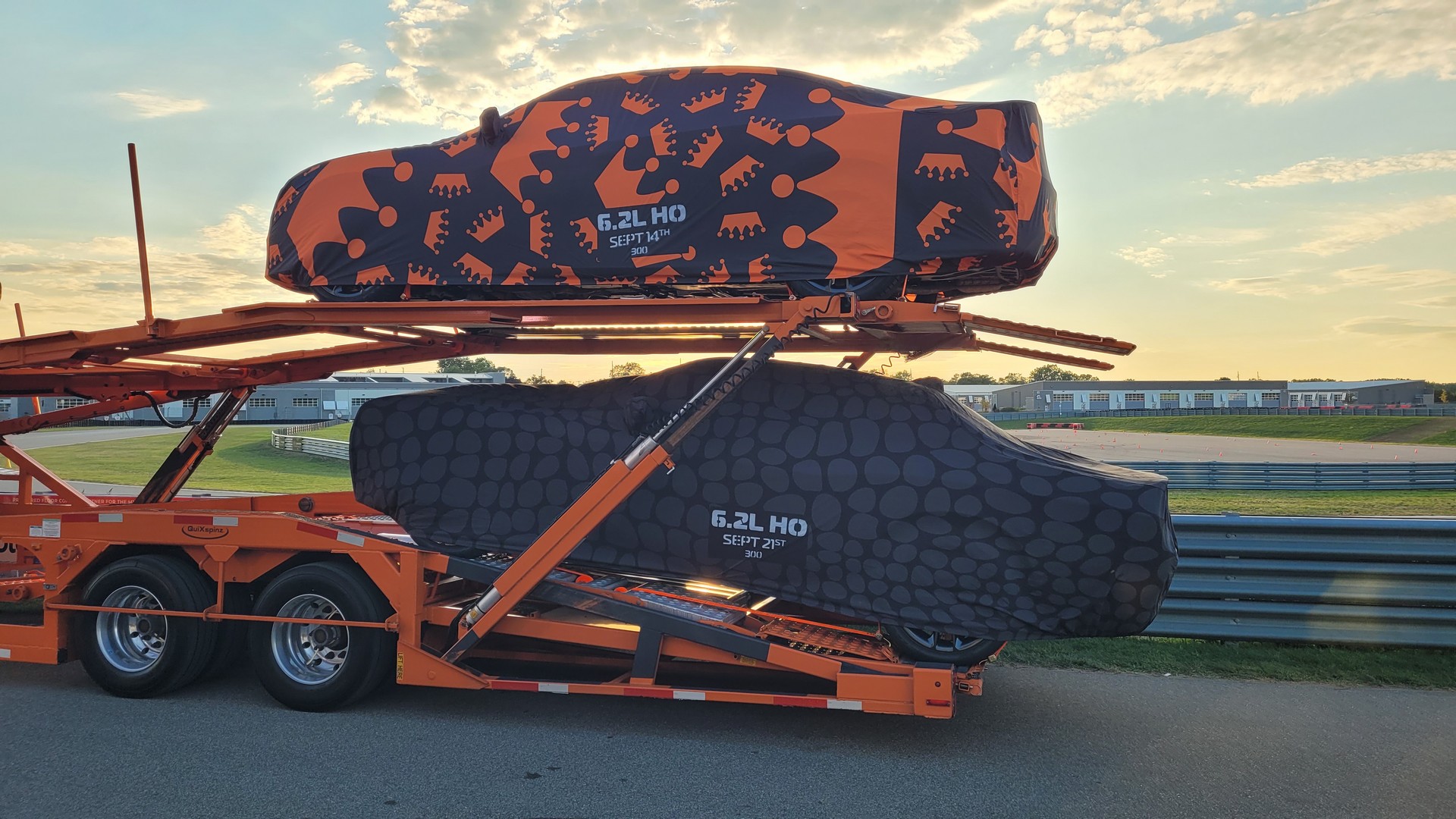 We’ll learn full details in the coming weeks, but most of the special editions will apparently be limited to 1,000 units. However, the supercharged variants will be rarer as they’ll apparently be capped at 300 units a piece.

The seventh and final special edition promises to be “badass,” and the “very last of its kind.” It will debut at SEMA in November and previous reports have suggested the model could be even more extreme than the 840 hp (626 kW / 851 PS) Challenger SRT Demon.