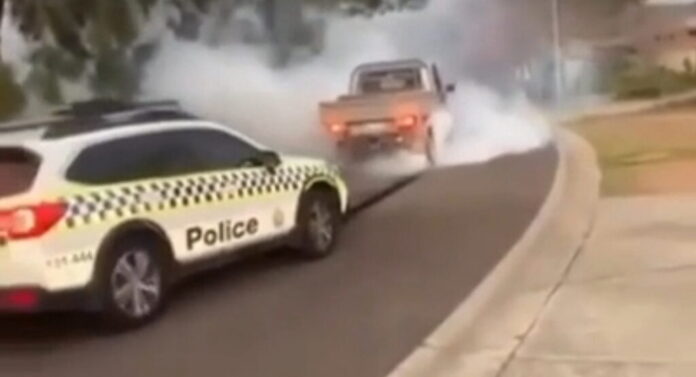 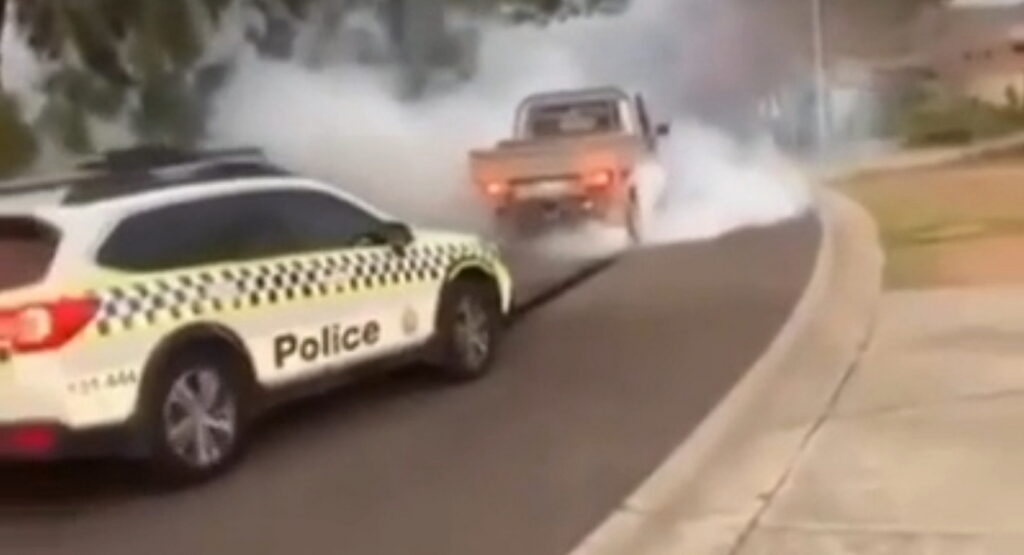 Seldom has the phrase “check your mirrors” been more hilariously proven than on September 16, when a 31-year-old man from Chisholm, Australia, provided local police with one of its easiest busts of the year.

According to Australian Capital Territory police, the incident happened at around 5:50 pm local time. The driver pulled out onto the road before stopping in front of the police vehicle and doing a burnout.

The burnout was nothing if not impressive, and the Toyota utility truck was capable of spinning its tires for around 20 seconds. The ensuing cloud of tire smoke nearly provided the truck with the perfect smokescreen to make its escape, but it didn’t really have anywhere to go and didn’t really seem all that interested in fleeing.

The driver appears to have simply not noticed the police car and calmly drove away after performing its burnout. That it did not notice the cop is pretty surprising, though, because it was a fully marked vehicle, as a second video of the incident shows.

The burnout was planned, per the narrator of the second video, who did notice the police car, and did try to warn the driver of the Toyota – although he didn’t try that hard.

Potentially impairing the driver’s ability to check his mirrors, though, was the amount he’d had to drink. After the police officer in this dashcam footage pulled the driver over, they performed a roadside screen for alcohol. According to ACT Police, the man blew a breath sample of 0.151, more than three times over the legal limit.

As a result, his license was immediately suspended and his vehicle seized. The driver was also charged with drunk driving and the improper use of a motor vehicle.