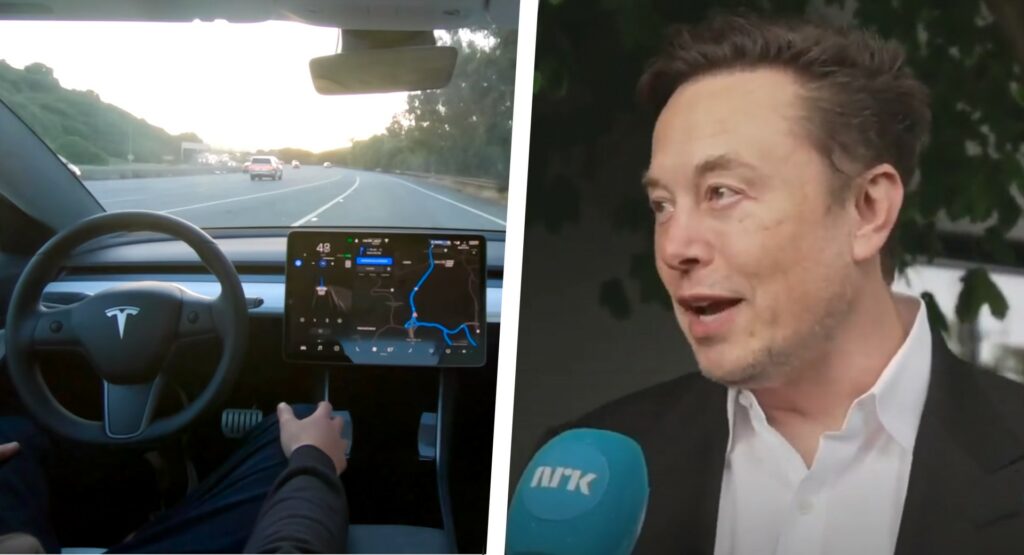 Elon Musk hopes that Tesla will have full self-driving technology ready before the end of 2022, hoping that the automaker could release it in the US and in Europe if regulations permit it. He also talked about the ongoing energy crisis and that we still need to use fossil fuels as we move on to a more sustainable future.

During an energy conference that was held in Norway last Monday, Tesla’s CEO spoke to local journalists. Musk said that he visited the Scandinavian country in appreciation of the support of the Norwegian people for electric vehicles.

Self Driving Teslas Are A Priority

As reported by Automotive News Europe, Musk also revealed his top priorities for the remaining of the year: “The two technologies I am focused on, trying to ideally get done before the end of the year, are getting our Starship into orbit, and then having Tesla cars to be able to do self-driving”. As if this wasn’t enough, Musk added that he wants self-driving “in wide release at least in the U.S. and potentially in Europe, depending on regulatory approval”.

Tesla is constantly upgrading its own radar-based Full Self Driving (FSD) Beta system making it better in a variety of real-life scenarios, but the software is still far from being classified as Level 5 (full autonomy). We don’t know if Musk hopes to achieve Level 5 this year, with Level 4 being a more plausible scenario. The difference between the two classifications is that in Level 4 systems, there is the option of human override, unlike in Level 5 where the car performs all driving tasks without any human intervention. Chinese tech giant Baidu recently revealed the Apollo RT6 robotaxi with Level 4 capability, claiming that their ADAS tech is ahead of Tesla.

Besides his comments on autonomous driving tech, Musk also talked about the importance of fossil fuels in the wake of the current energy crisis. He suggested that the world must keep on extracting oil and gas while working on more sustainable energy sources: “Realistically I think we need to use oil and gas in the short term, because otherwise civilization will crumble”. The Tesla CEO said that the transition to sustainable energy and a sustainable economy is “one of the biggest challenges the world has ever faced”, adding that this will take “some decades to complete”.

Europe is currently battling with a huge price hike in the cost of electricity and CNG prices caused by the ongoing conflict with Russia. A €280 billion ($278 billion) fund will help lower prices for consumers, while European prime ministers are looking for long-term solutions.

In this context, Musk said that the wind power generation in the North Sea in combination with battery packs could become a “strong and sustainable energy source in winter”, while defending the use of nuclear energy: “If you have a well-designed nuclear plant, you should not shut it down – especially right now”.