GM fans had it rough in the 1990s, but there were a few bright spots including the Buick Riviera, Oldsmobile Aurora, and Corvette ZR1.

While the company’s road-going models were largely lackluster, GM continued making interesting concepts and one of them was this Riviera convertible.

We unfortunately haven’t been able to find out much about the car, but it will be auctioned by Mecum next month. The listing is incredibly brief, but it says the convertible is from 1995 and was previously a member of the GM Heritage Collection.

Also Read: As Buick Kills Off Cars, We Take A Look Back At The Best Ones 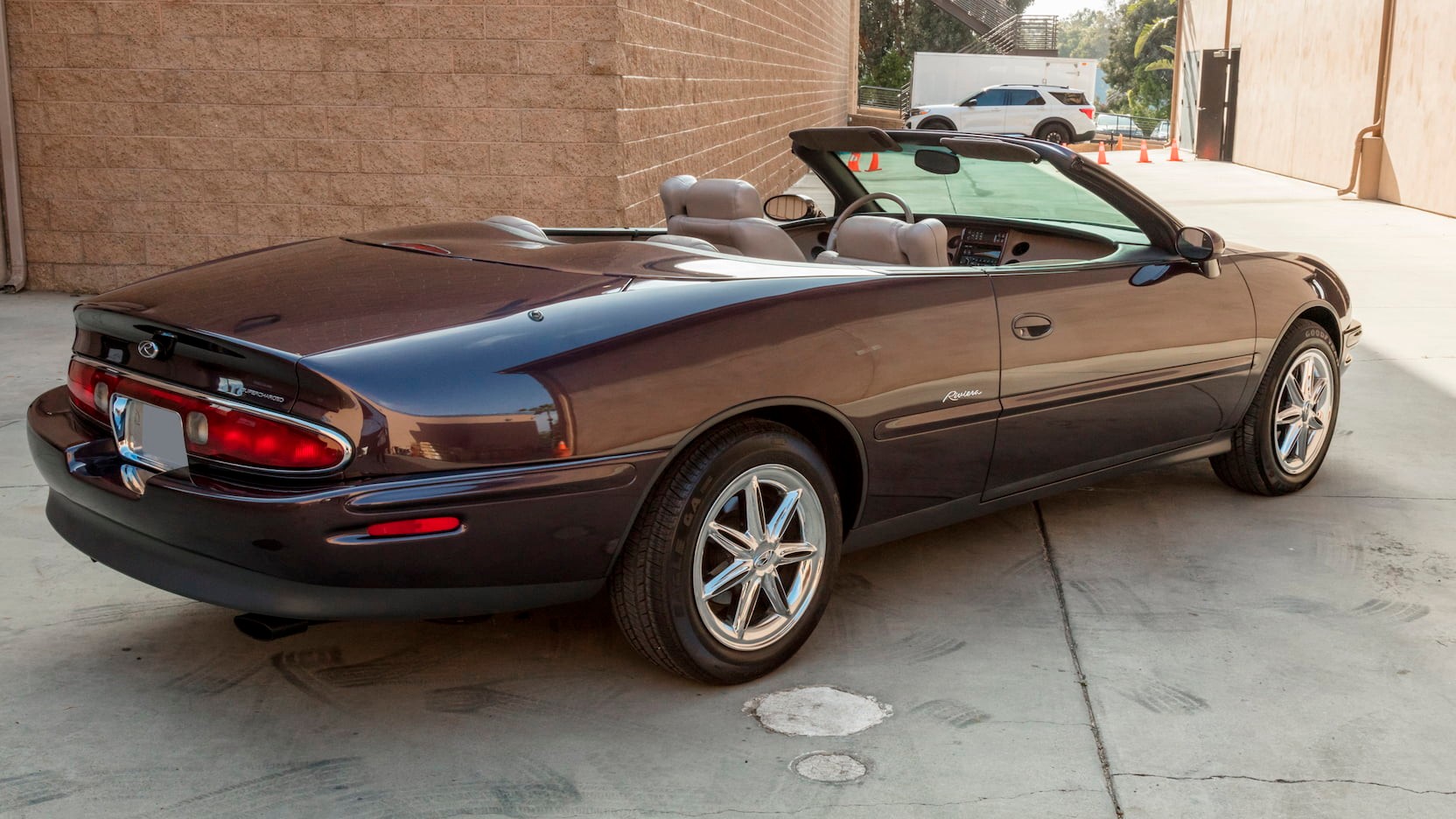 That isn’t much to go on, but the concept features a Plum Purple exterior that closely echoes the coupe. However, its roof has been cut off and presumably replaced by a retractable soft top that resides beneath a cover behind the rear seats.

Moving into the platinum beige cabin, we can see a familiar interior with wood trim. That being said, the concept appears to have unique controls on the center stack which presumably operate the roof.  Whereas that remains unclear, the convertible has an automatic climate control system, power front seats, and a CD / cassette player.

While a number of questions remain, the car features a supercharged 3.8-liter V6 engine and it likely produces 225 hp (168 kW / 228 PS) and 275 lb-ft (372 Nm) of torque. Regardless of the numbers, it appears to be connected to a four-speed automatic transmission that sends power to the front wheels.