Battery electric vehicles continue to rise in popularity and accounted for 10 per cent of all new car registrations across Europe in July.

Total new vehicle registrations across 26 European nations dropped by 10 per cent from the same month last year, with 966,453 total registrations. The market has also decreased by 13 per cent relative to the January-July period in 2021, with registrations totaling 6,398,609 units.

While the overall market declined, the volume of battery electric vehicles increased by 20 per cent to 90,139 units, accounting for 10.4 per cent of the total market, a 2.6 per cent increase from the 7.8 per cent share they had in July 2021.

Watch Also: Discover Just Why The Fiat 500e Is Proving So Popular In Europe

Norway continues to lead the EV transition with 68.9 per cent of new vehicles being registered there in July powered solely by electricity. The share of EVs sold in Sweden also jumped by a significant 11.1 per cent to 26.2 per cent in July 2022. Other markets to report substantial jumps in the number of EVs registered included Denmark (up 9.6 per cent from July 2021), the Netherlands (up 6.9 per cent), Romania (up 6.9 per cent), and Norway (up 6.4 per cent). 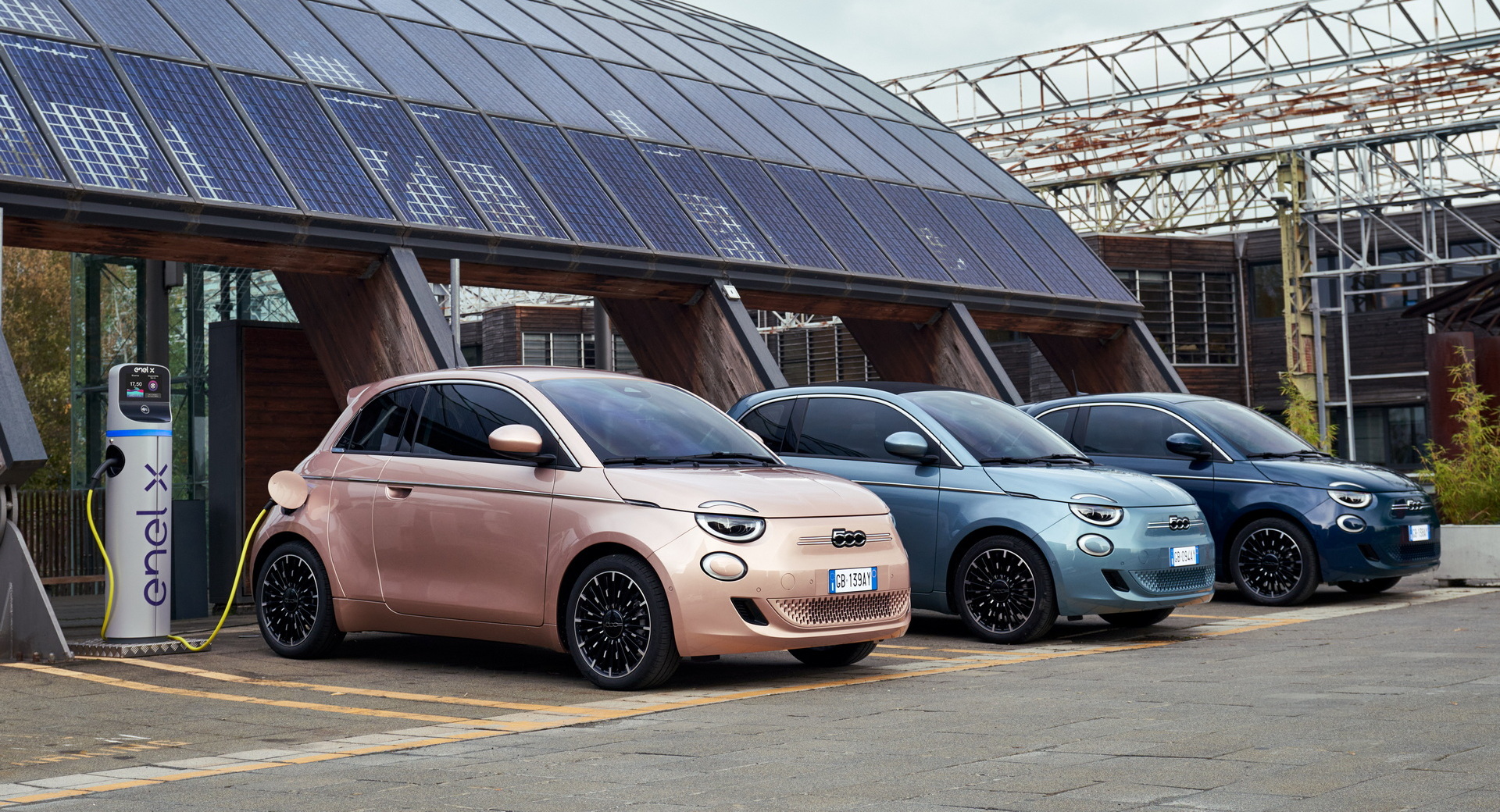 Chinese car manufacturers experienced a 72 per cent increase in registrations for their EVs, when excluding those cars from the Geely Group. MG led the charge with almost 3,000 registrations, making up the majority of the 3,501 Chinese EVs that were registered throughout the month. 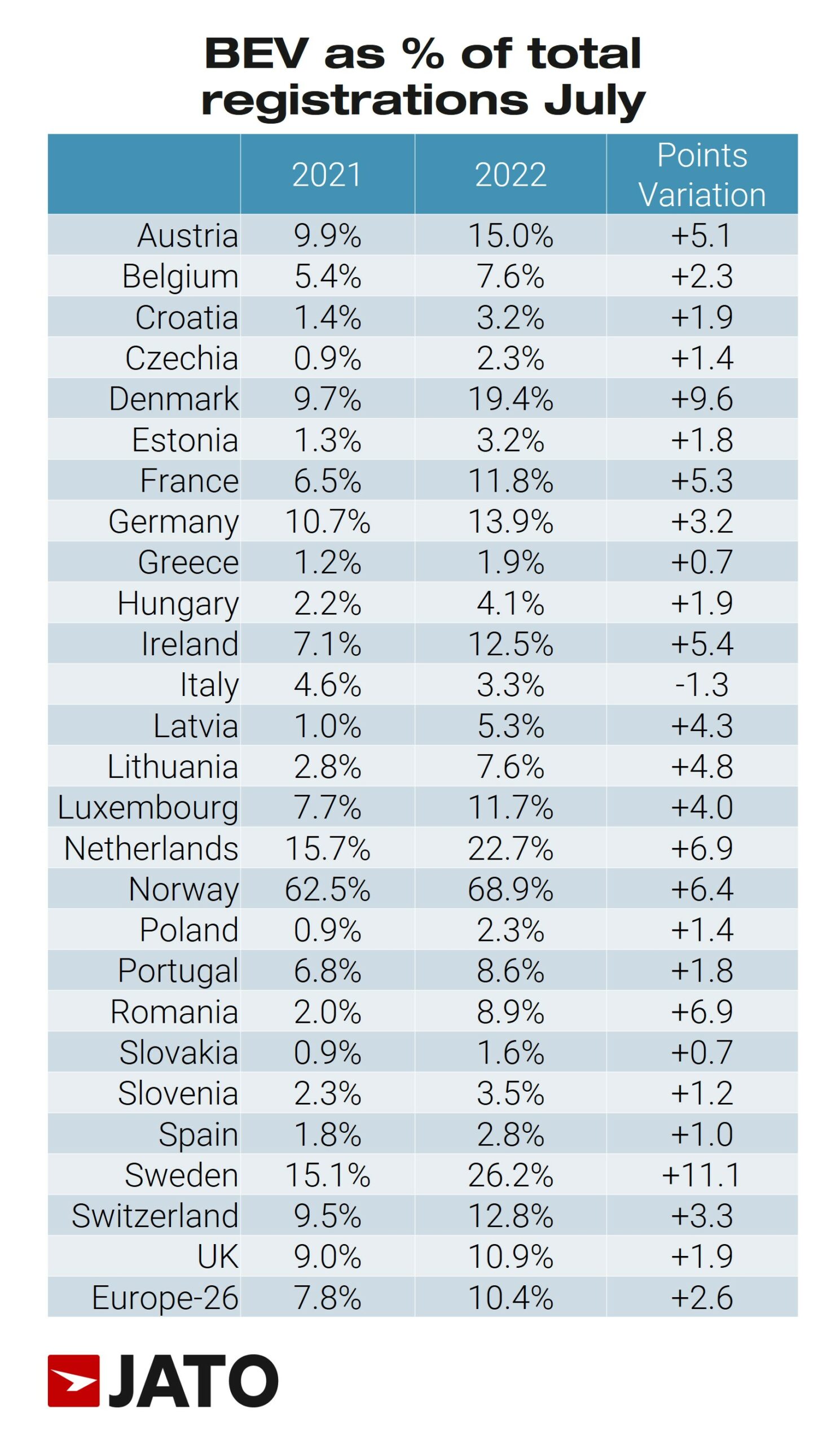