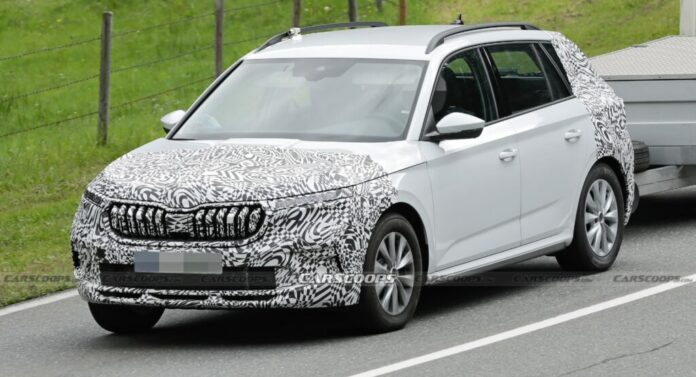 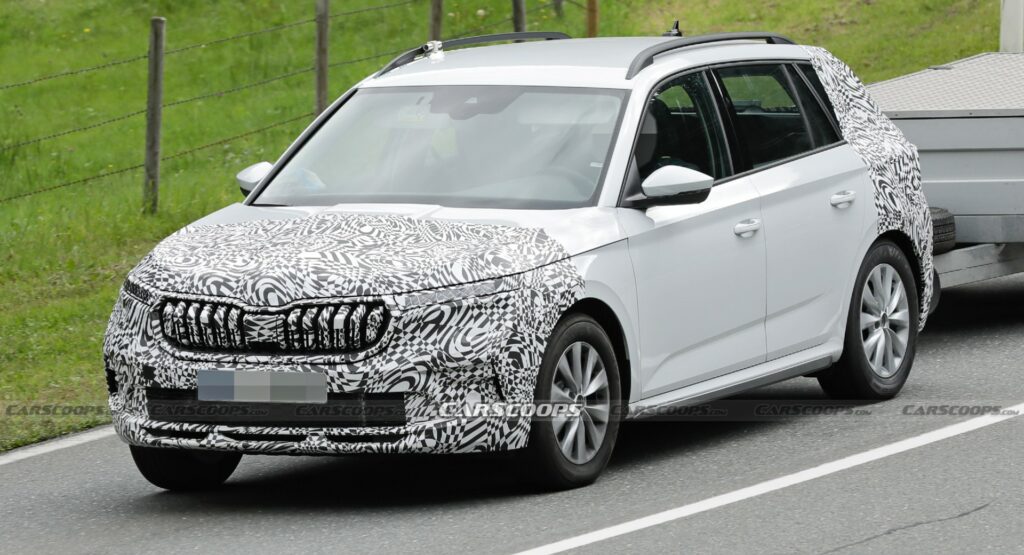 Skoda is ahead of a product overhaul with several new and updated models coming in the next few years. Among them, the Kamiq SUV and the sibling Scala hatchback, with both set to get a facelift. The facelifted Kamiq was spied once more during testing in the Alps, giving us a closer look at the styling changes.

The Kamiq was introduced in 2019 as the smallest member of Skoda’s SUV range in Europe, slotting under the Karoq and the Kodiaq. Staying true to the four-year product cycle of VW Group models, Skoda will likely unveil the facelifted Kamiq in 2023, hoping to keep it fresh and relevant among its many rivals.

Also Read: Skoda Is Working On A Fully Electric Octavia For The Future 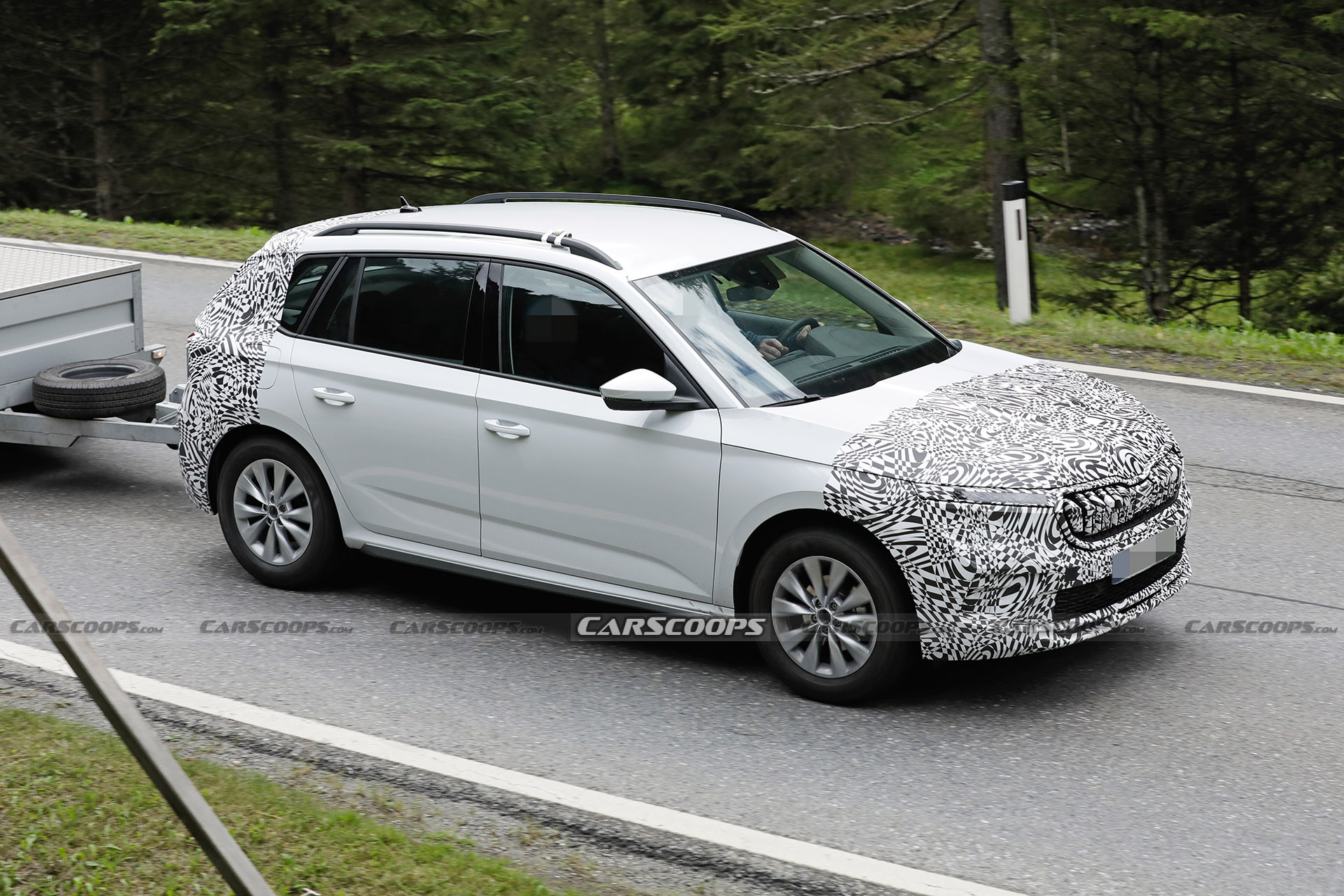 The camouflage wrap on the prototype shows that the visual updates will be focused on the front and rear ends. The highlight will be the redesigned front bumper with smaller side intakes, an adventurous skid plate with three inserts, and a slightly revised grille. The split headlights will be retained, even though the lower section is covered by camouflage in the spy shots, leaving only the carried-over LED DRLs exposed.

At the back, changes are expected to be more limited in the light signature of the taillights and in the lower trim of the rear bumper. Elsewhere, the Kamiq will look the same, retaining the length of 4,241 mm (167.0 inches) which makes it longer than the sibling VW T-Cross and Seat Arona. This change alongside the generous wheelbase of 2,651 mm (104.4 inches) makes it one of the roomiest SUVs in the segment with plenty of rear legroom and a large boot. 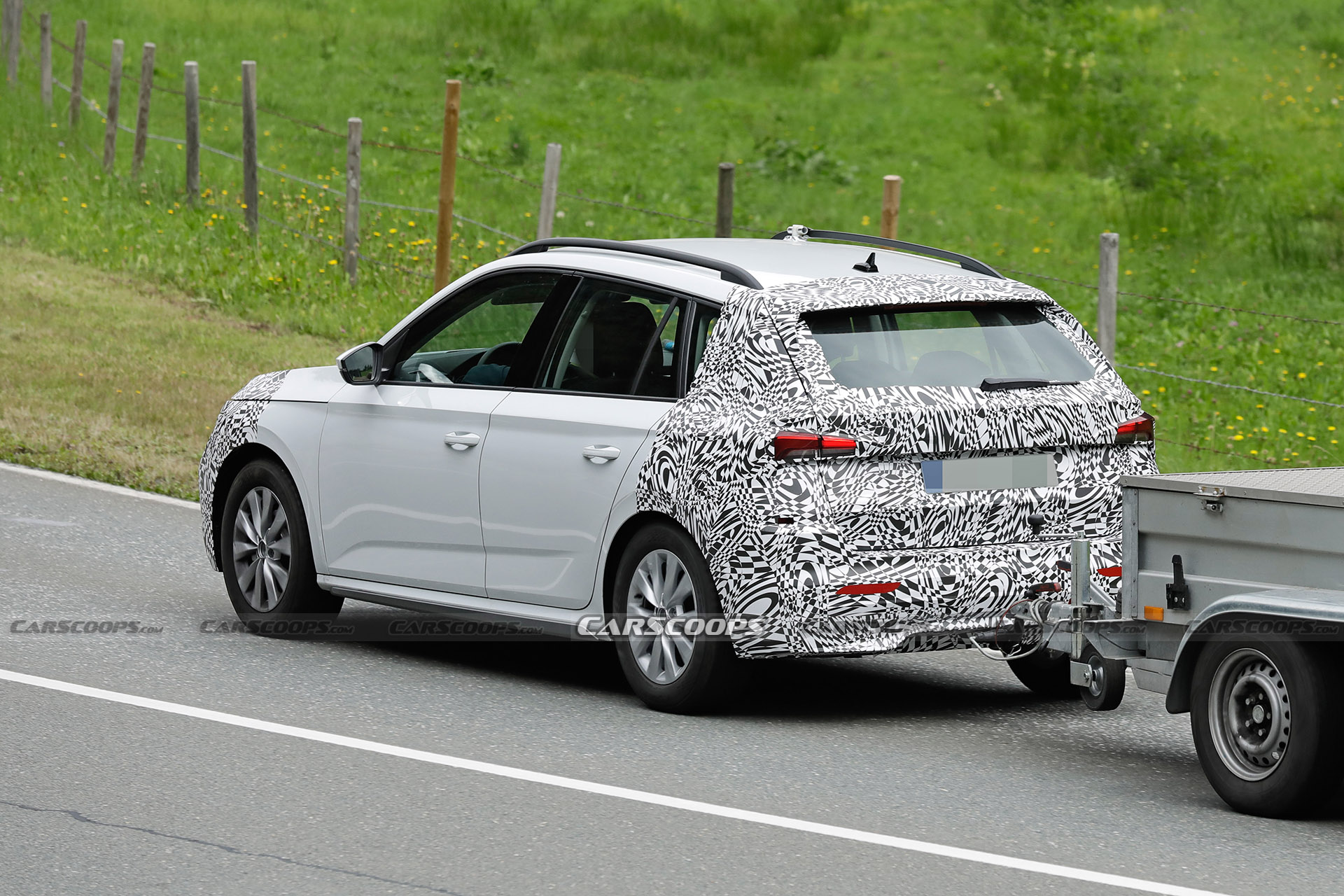 Besides the focus on practicality which is one of Skoda’s main values, the Kamiq is also a well-equipped vehicle with good quality materials for the cabin. This will likely be accentuated in the facelift with more standard tech features across the range, including the 10.25-inch digital instrument cluster and the 9.2-inch infotainment touchscreen which are currently reserved for the flagship trims.

As for the engine lineup, we expect both the 1.0 TSI and the 1.5 TSI units to be carried over, albeit with small updates to make them cleaner. Electrification might be present but only in the form of a mild-hybrid system. There is a high chance the SUV will adopt the updated 1.5 TSI Evo2 engine which debuted in the facelifted VW T-Roc and will gradually find its way into the entire VW Group’s portfolio. As with its predecessor, the Skoda Kamiq will remain an FWD-only affair, through a six-speed manual or an optional seven-speed dual-clutch automatic transmission.

We will learn more about Skoda’s entry-level SUV in the next few months as we approach its debut. The automaker usually treats us with a teaser campaign including official sketches, which will likely be the case with the updated Kamiq.