There is something about the Subaru Impreza from the ’90s that induces nostalgia into the minds of petrolheads. This feeling is accentuated when the vehicle has WRC references, as is the case with the pictured street-legal rallycar replica from Poland which is currently up for grabs.

The listing was published on the Unique Cars For Sale in Europe Facebook page, with an asking price of €33,000 ($32,900). This is slightly more expensive than a 2022 Subaru WRX, but it will still cost you ten times less than the gorgeous carbon-bodied Prodrive P25 limited-production restomod.

See Also: Subaru Won’t Build A New WRX STi, Would You Settle For A JDM-Style STI Trim Level Instead?

Posted by Unique Cars For Sale in Europe on Saturday, August 20, 2022

The vehicle is based on a first-gen 1996 Subaru Impreza and more specifically the rare two-door coupe bodystyle. The 22B-style bodykit includes wide fenders, deeper front and rear bumpers, side skirts, a hood scoop, a set of white multispoke alloy wheels and an adjustable rear wing. This, in combination with the special livery makes it look similar to the WRC-spec Impreza that took on rally stages between 1997 and 2000, with drivers like Colin McRae and Richard Burns sitting behind the wheel.

The situation is similar inside the cabin, with a set of mismatching racing bucket seats from Sparco, a short gear shifter, a quick-release handbrake, and an Alcantara-wrapped steering wheel. The rest of the cabin remains stock, with the rear bench in place and a factory-spec dashboard. 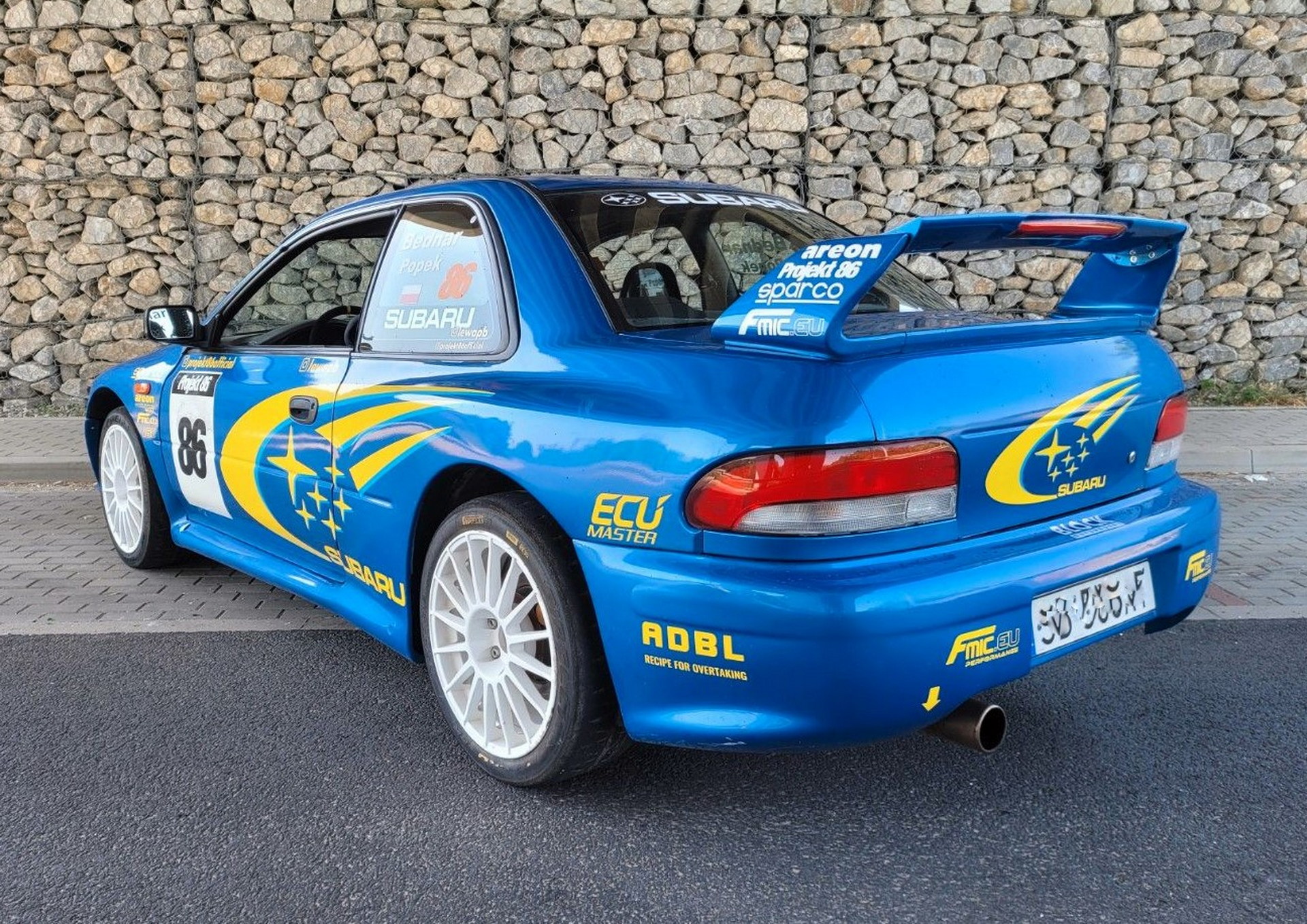 Under the bonnet lies a modified 2.15-liter engine built by Block motorsport. The mill users a Spec-C engine block, a strengthened crankshaft from the 2.5-liter unit, a turbochagred sourced from a Mercedes-AMG A45, Eagle connecting rods, Omega pistons, and a RCM headgasket. Power is transmitted to all four wheels through a close-ratio Mfactory six-speed manual gearbox.

According to the listing, the engine produces 380 hp (283 kW / 380 PS) and 490 Nm (361 lb-ft) of torque, which is not bad for a 1996 Subaru Impreza. Handling is upgraded with KW coilovers, Tarox brakes at the front, and STI-sourced brakes at the rear. The mileage of the donor car is unknown, but the current owner has only traveled 500 km (311 miles) since the completion of the build.

Spending $30k on a used 27-year-old Subaru doesn’t sound so appealing on paper, but when you look at this beauty it starts making sense. Which rallycar from the ’90s would be tempting for you as a cheaper-to-buy replica?

Photos published on Unique Cars For Sale in Europe