The 2003 Porsche Cayenne was a game-changer for the company and its customers, but nowhere more so than in the Middle-East. The SUV’s off-road ability and practicality found it friends fast in a region known for its desert landscape and, let’s face it, wealth.

But some of those first-generation Cayennes are coming up to 20 years old, meaning you no longer need to be an oil sheikh to buy one, and also making them ripe for some fun modifications, which is exactly what Porsche has done to celebrate the model’s anniversary.

Porsche Middle East and Africa FZE challenged the UAE’s two Porsche importers, Porsche Centre Dubai and the Northern Emirates, and Porsche Centre Abu Dhabi, to get creative with a collection of first-generation (E1) Cayennes to mark the SUV’s 20th birthday and its impact on the region’s luxury car market.

The two Porsche centers sourced four Cayennes each, which turned out to be one of the biggest challenges of the project because the teams were only interested in cars in good condition, that were relatively standard, and which were original GCC (Gulf Cooperation Council) specification vehicles. And predictably, given their advancing years, some of them still needed work. 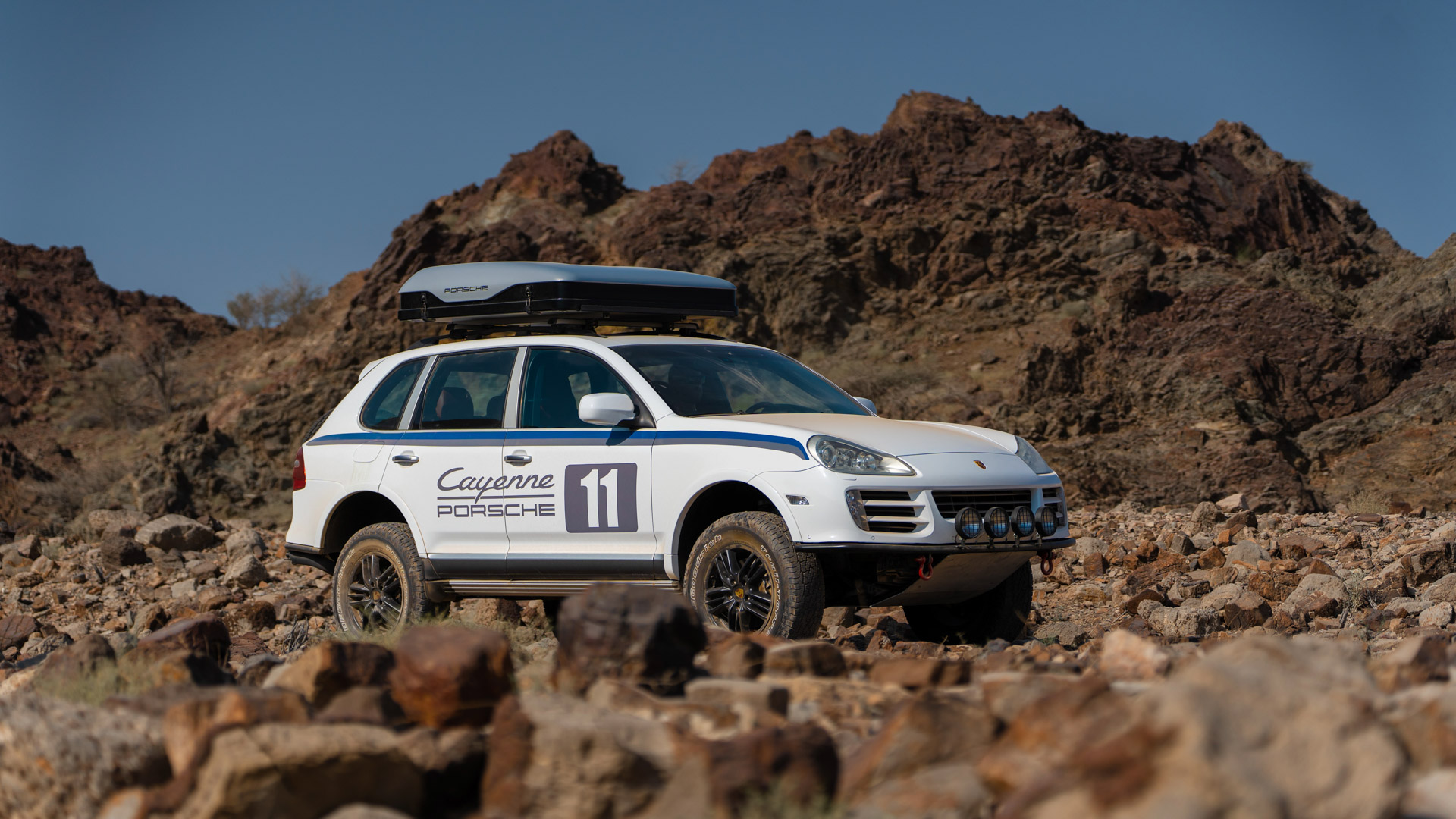 “They’ve gone through the same inspection process that any Porsche Approved pre-owned vehicle would go through and required quite a lot of work, which you would expect from cars that are 17 to 20 years old,” says Darren Abel, Brand Manager for Porsche Centre Abu Dhabi, Ali & Sons.

Some of the Cayennes have been fitted with lift-kits and off-road wheels, plus spacers to push the wheels to the edge of the arches and toughen the stance. Others have fabricated spare wheel carriers on the rear, underbody protection and roof racks for a roof tents. One of the other motivations bending the project was to promote Porsche Classic and Porsche Tequipment’s catalogs of Cayenne parts, and some of the modifications the teams carried out, including the roof tent and graphics, are available to owners.

The eight modded Cayennes will be on display alongside their modern descendants at the Icons of Porsche Festival taking place in Dubai on November 26-27, after which they’ll be sold off. And it doesn’t sound like that will take long. “We already have customers lining up to buy them,” says Abel.

ASCENT Conclave 2022 | What Works For Sharks & What Doesn’t