When Ford unveiled the third-generation F-150 Raptor more than a year ago, it was a bit of an anticlimax because we knew the main act was yet to come. The F-150 Raptor R is finally here in all of its supercharged V8 glory.

“Raptor R is our ultimate Raptor,” said Carl Widmann, Ford Performance chief engineer. “When customers experience Raptor R in the desert and beyond, it will make the hairs on the back of their necks stand up — and they’ll love every second of it.”

As expected, Ford borrowed the 5.2-liter, supercharged V8 from the Mustang Shelby GT500. It has, however, been modified for this particular application.

The drop in peak power was necessary, though, because of a new supercharger pulley designed to optimize the engine’s power band for off-road use. The setup increases torque delivery in the low-end and middle part of the rev range to offer more performance at the speeds where customers spend most of their driving time.

If the engine is the heart of the F-150 Raptor R, then the suspension is the soul. Ford said that the super truck is inspired by Baja off-roaders, so a serious suspension was an absolute necessity.

Fitted with five-link rear suspension, the Raptor R gets extra-long trailing arms to better maintain axle position over rough terrain, while a Panhard rod and 24-inch coil springs are optimized for stability. FOX Live Valve shocks were tuned to balance ride quality and roll control on and off the road.

The dampers are electronically controlled and use height sensors to monitor terrain conditions and adjust tuning accordingly. Ultimately, drivers get 13 inches (330 mm) of front and 14.1 inches (358 mm) of rear wheel travel. 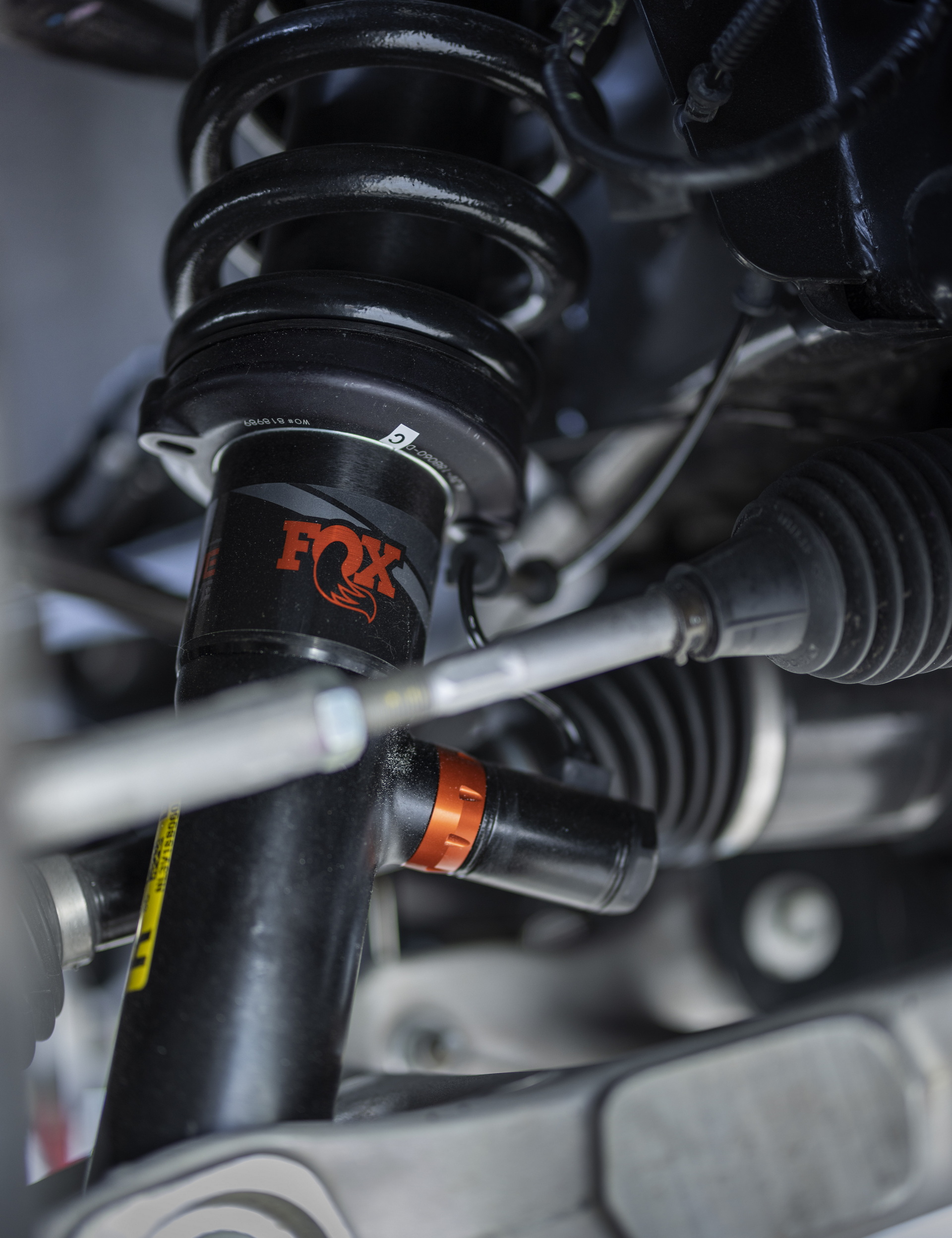 Thanks to that fancy electronic suspension, drivers can opt for the “Baja” mode that increases the front spring rate by five percent for better ride quality. No matter what mode you’re in, the Raptor R gets 13.1-inches (333 mm) of ground clearance thanks, in part, to standard 37-inch tires that come straight from the factory.

“We’ve heard our customers demanding the sound and power of a V8 back in Raptor,” said Widmann. “That’s not something we were going to rush. This supercharged 5.2-liter V8 is the ideal fusion of high-density power paired with the third generation Raptor’s all-new rear suspension and shocks to deliver a one-two punch that goes far beyond the sum of its parts.”

A Little Durability Thrown In, Too

Elsewhere, the Raptor has also been given a number of rugged modifications in order to make it better handle off-roading. The transmission is a 10-speed SelectShift unit with calibration designed specifically for the truck. It also has a specially-tuned torque converter with a heavy-duty turbine damper and four-pinion rear output assembly to provide smoother torque.

The front axle, meanwhile, is more robust, a higher-strength carrier casting and an aluminum-ribbed structural transmission cover along with a larger driveshaft helping manage the engine’s added torque.

In order to improve the engine’s durability, Ford Performance has fitted cast stainless steel exhaust manifolds, a unique oil cooler and filter, and a deeper oil pan designed to handle steep grades. The air intake volume has also been increased by 66 percent with a wider air intake inlet and a higher-flow, higher-efficiency conical air filter.

The above-mentioned Baja mode is far from the only one. The Raptor R also comes with Normal, Quiet, and Sport modes that, among other things, adjust the active valves in the dual exhaust system that has a true pass-through muffler. 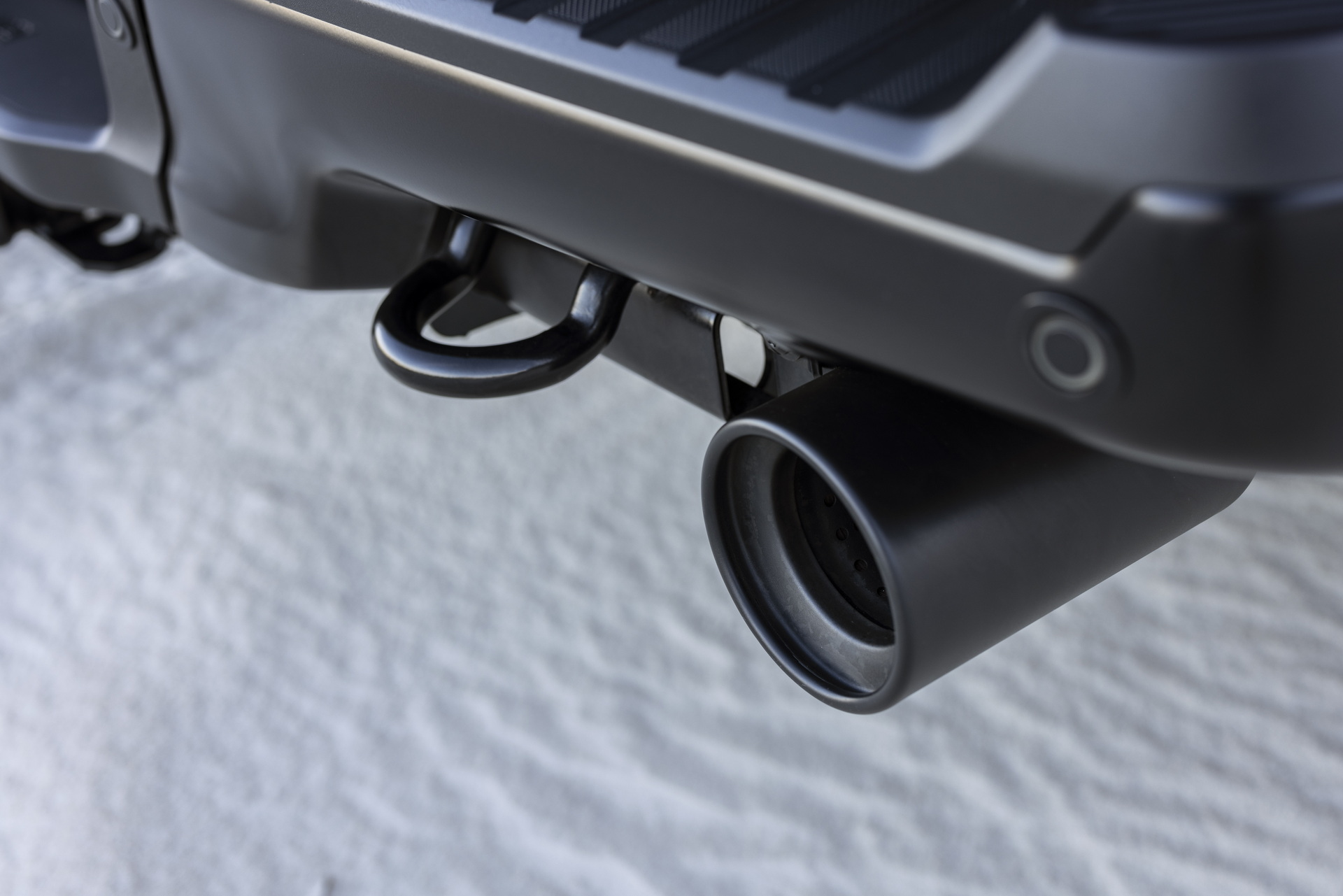 And to make it look the part, Ford has given the F-150 Raptor R some unique design features. The hood, for instance, has a “power dome” that rises an inch higher than the hood on the base Raptor, while the grille features the automaker’s name in bold lettering.

It also gets Code Orange accents, including an R badge on the grille, the power dome, and the tailgate. A special graphics package can be fitted to the rear fenders that was inspired by the cracked desert earth, the natural playground of the truck.

“Raptor R is visually designed like a desert predator to catch the attention of Raptor customers and off-road enthusiasts,” said Tom Liu, Raptor R lead designer. “There are details big and small – from the more aggressive hood air extractor to the Code Orange ‘R’badges – that visually communicate next level off-road performance under the Raptor R banner.”

Read Also: This Classic 1974 Ford Bronco Has Got A Coyote V8 Under Its Hood 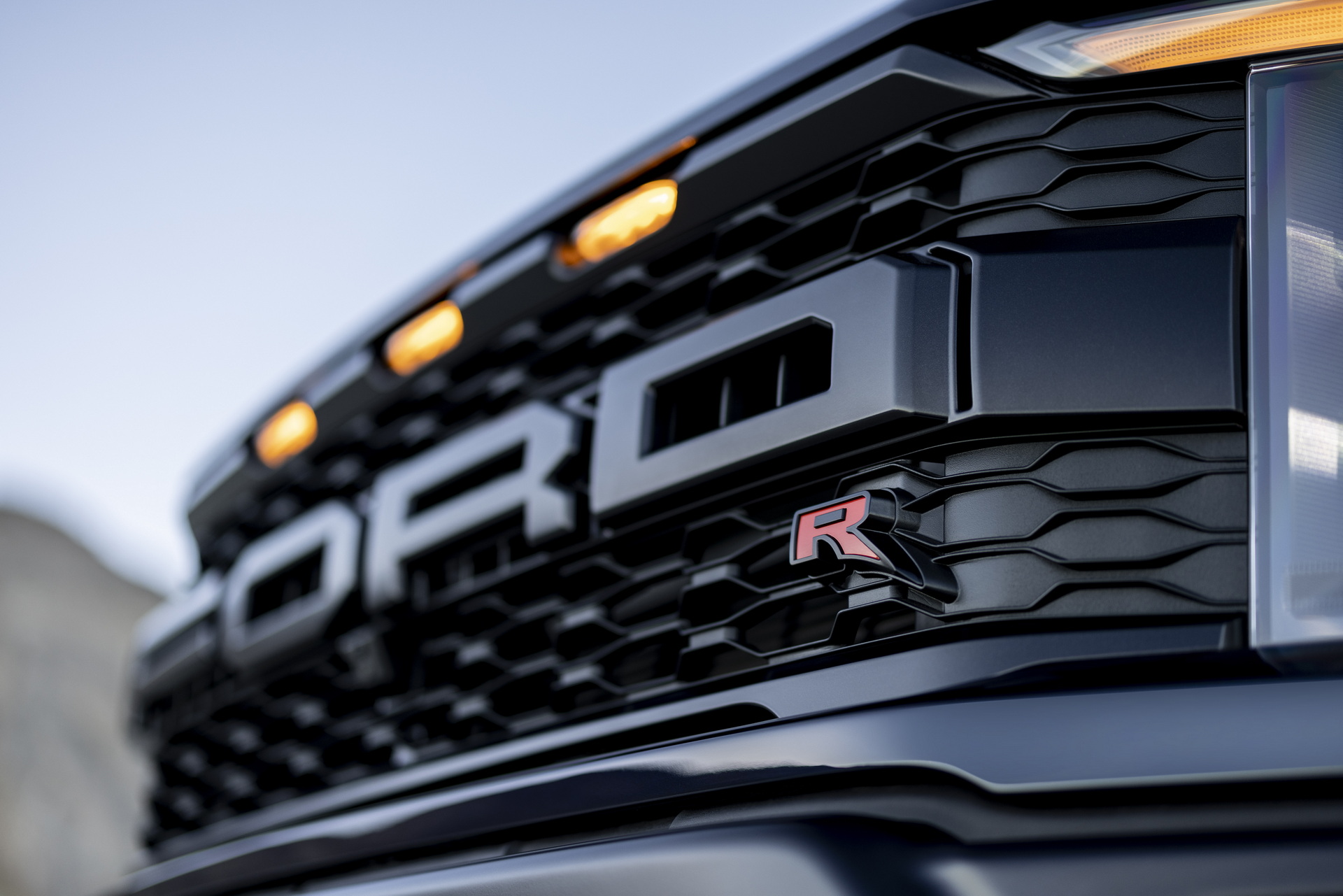 Inside, the Raptor R gets standard Recaro seats upholstered with black leather and Alcantara. Real carbon fiber can be found on the doors, the media bin door, and the upper parts of the instrument panel. It also has a 12-inch infotainment screen with SYNC 4 technology that’s capable of getting updates over the air and running Apple CarPlay and Android Auto.

A suite of technology will also help drivers when the going gets tough. Trail Turn Assist effectively shrinks your turning radius, and Ford Trail Control acts like off-road cruise control. Trail 1 Pedal Drive, meanwhile, automatically slows the truck down when a driver lets their foot off the throttle.

The F-150 Raptor R will be built at Ford’s Dearborn Truck Plant and will be available in eight colors, including Avalanche and Azure Gray Tri-Coat, which are offered for the first time on the Raptor lineup here.

If this all appeals to you, then you better hurry because order books open today for the most powerful F-150 Raptor ever offered from the factory.