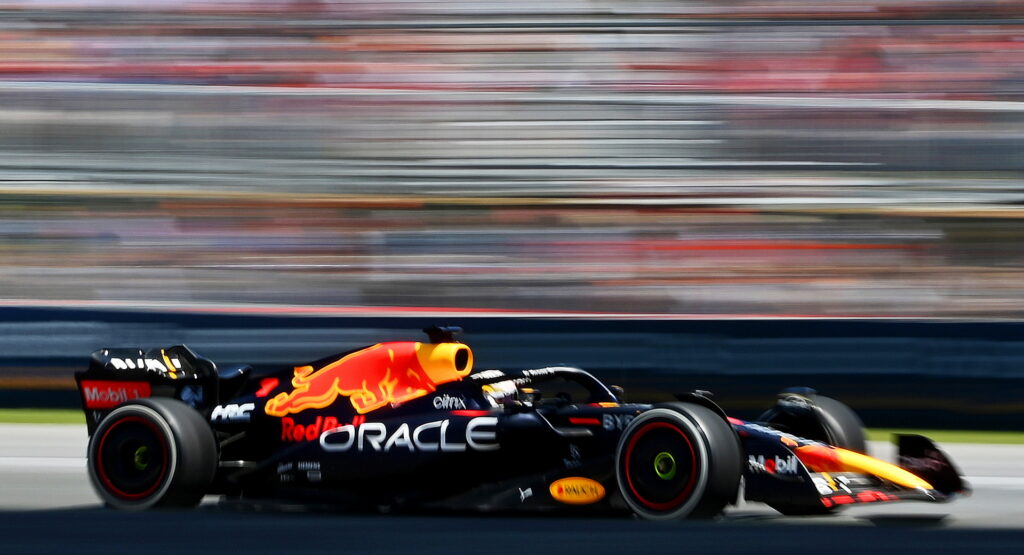 The 2023 FIA Formula One World Championship will feature a record-breaking 24 races.

The calendar, recently approved by the World Motor Sport Council, will begin on March 5 in Bahrain and continue until November 26 at the season-ending Abu Dhabi Grand Prix.

Important new additions for next year’s season will be the return of the Chinese Grand Prix and Qatar Grand Prix. The only all-new race will be the Las Vegas Grand Prix, taking place around some of the city’s most iconic landmarks and scheduled for November 18. 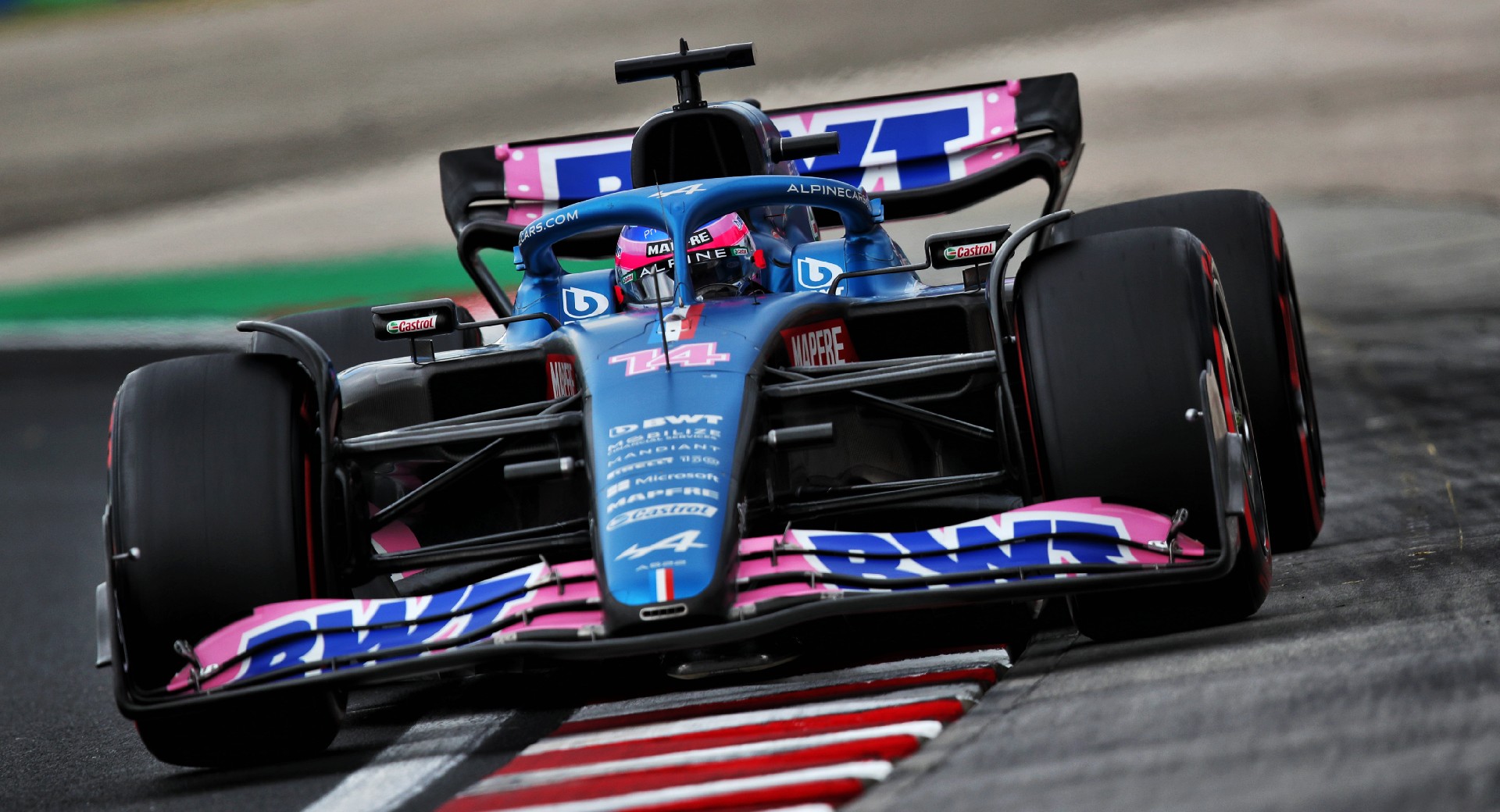 Next season will also include two triple-header race weekends, consisting of Grands Prix in Italy, Monaco, and Spain on May 21, May 28, and June 4, as well as races in the U.S., Mexico, and Brazil on October 22, October 29, and November 5.

“We are excited to announce the 2023 calendar with 24 races around the world,” Formula 1 chief executive and president Stefano Domenicali said. “Formula 1 has unprecedented demand to host races and it is important we get the balance right for the entire sport. We are very pleased with the strong momentum Formula 1 continues to experience and it is great news that we will be able to bring our passionate fans a mix of exciting new locations such as Las Vegas to the Championship with much loved venues across Europe, Asia and the Americas.”

FIA president Mohammed Ben Saluyem added that the presence of the 24 races shows the continued growth and appeal of the sport.

“I am delighted that we will be able to take Formula 1’s new era of exciting racing, created by the FIA’s 2022 Regulations, to a broader fan base in 2023,” he said. “In framing the 2023 F1 calendar, WMSC Members have also been mindful of the timing of the prestigious 24 Hours of Le Mans.” 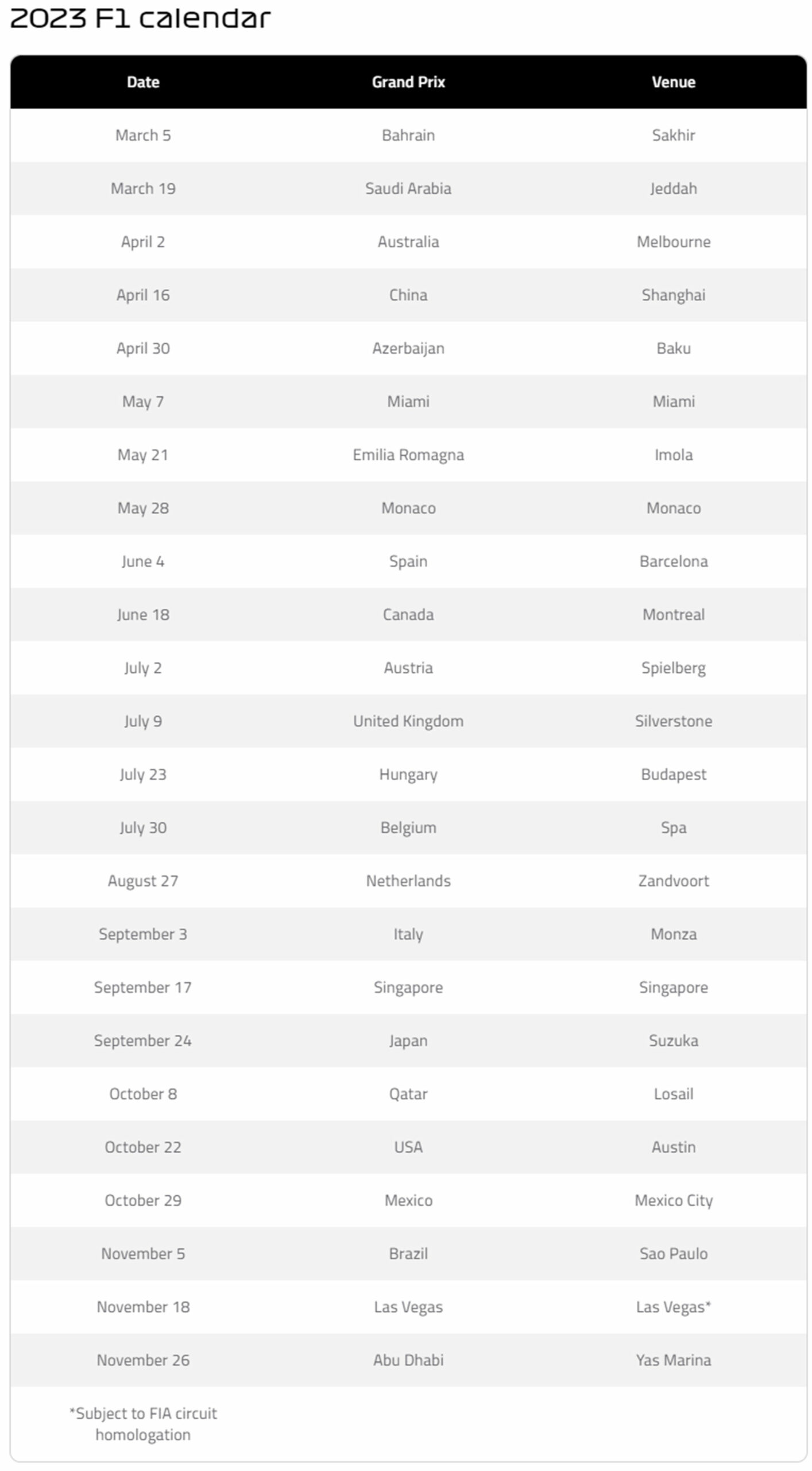