Starting with the exterior, the Space adopts an aerodynamic minivan silhouette, with large diameter wheels and clean surfacing. The front end is entirely covered by a massive grille, with the company referring to it as an “illuminated waterfall”. Other features include the full-width Hyundai Staria-style LED headlights and a heavily inclined windshield.

On the profile, there is a single character line dropping towards the tail, with large disc wheels that can project different graphics. The shape of the roof towards the back is inspired by traditional Chinese architecture, but it also allows greater headroom for the passengers. The tail has an octagonal shape, following the same theme with illuminated vertical bars replacing the rear windscreen.

One side of the vehicle has a regular door and an additional gullwing door offering easy access to the interior. The cabin is styled after a futuristic living room since the concept is capable of Level 4 autonomy. The dashboard has three screens integrated into a single panel, a retractable yoke steering, and wood accents.

GAC claims the interior design was inspired by “a popular activity among ancient Chinese intellectuals who usually sat by a winding stream and compose poems before picking up a floating cup”. There are two stylish chairs that can rotate, and an L-shaped couch for the second row.  The surroundings depict the Baiyun Mountain and the Pearl River, famous landmarks of the Guangzhou province, and the dome lights are designed to look like clouds.

Passengers can enjoy different modes, changing the atmosphere. In the Bonfire Circle mode, the seats rotate, the floor lights up like winding streams, and the center table rises. The Tea Time Lounge mode is more interesting, with an extra seating area arising from the back, allowing people to relax and enjoy a cup of tea while being in outdoors. 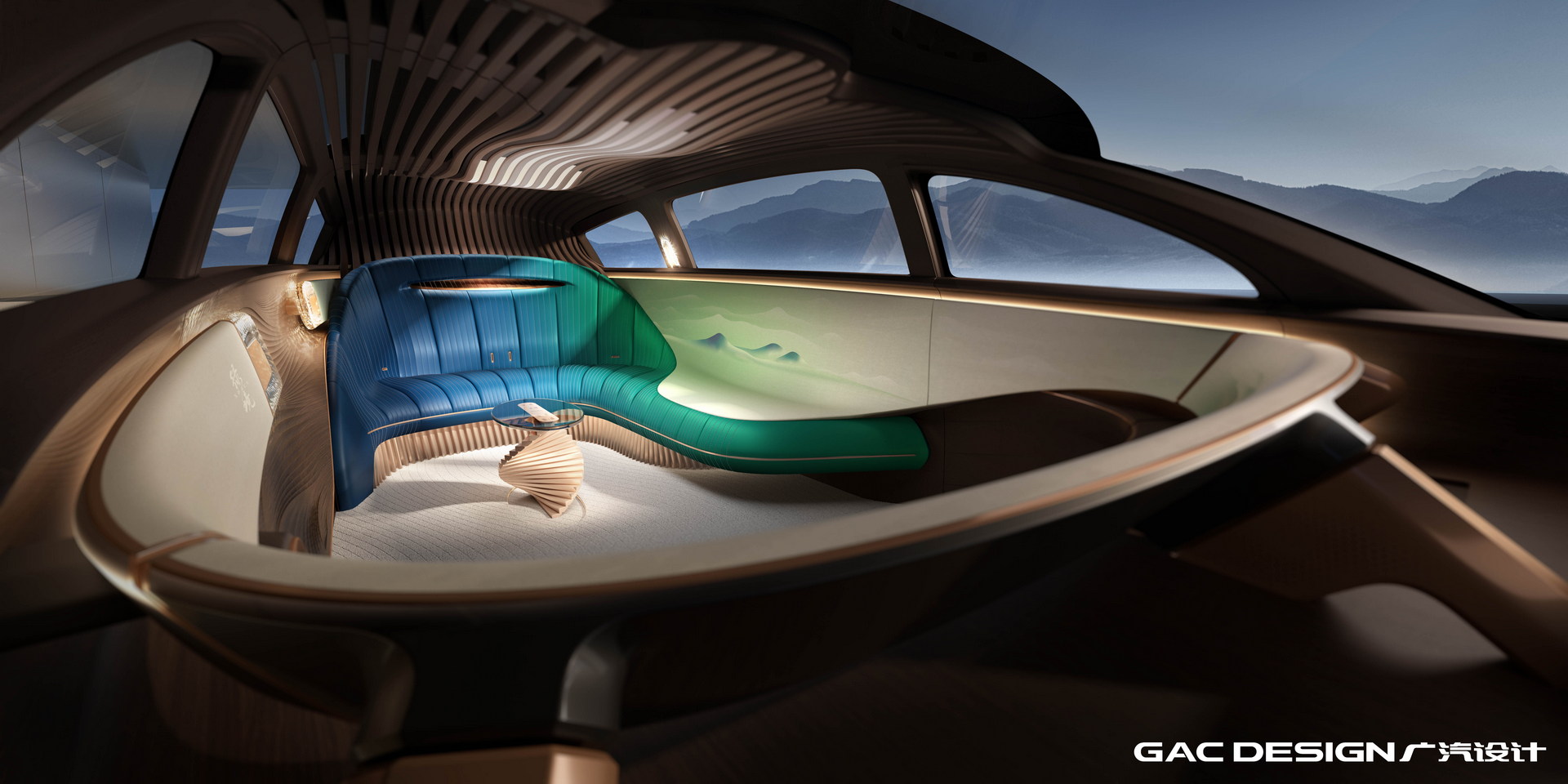 GAC didn’t reveal any technical details about the hydrogen powertrain of the concept. However, Autocar reports they showed a 1.5-liter combustion engine with hydrogen as a fuel, which in theory sounds similar to Toyota’s experimental engine. GAC’s motor has a fuel consumption of 0.84 kg of hydrogen per 100 km (62 miles).

The GAC Space was shown during the 2022 GAC Tech Day event at the automaker’s R&D center in Guangzhou, China. The concept is not destined for production, although some of its design features could be infused in future production models.