Geico Ordered To Pay $5.2M To Woman Who Contracted STD In One Of Its Customers’ Insured Car

Auto insurance company Geico has been ordered to pay one woman $5.2 million after she caught HPV from one of its customers in his Hyundai which the company insured. The judgment has yet to be finalized but it’s already been upheld by the Missouri Court of Appeals.

The woman who is seeking monetary damages from Geico informed the insurance company of the suit back in February of 2021. At the time, she said that she caught HPV, the human papillomavirus from her partner, a man insured by Geico at the time, inside of his vehicle, a 2014 Hyundai Genesis.

Geico decided that instead of settling the case that they would send it to arbitration. A vital factor in the case is that according to the woman, only named M.O. in the legal filing, her partner, M.B. did not disclose the STD despite knowing about it personally. The arbitration confirmed that indeed the couple had sex in the vehicle and that the man in question had not informed the woman of his condition.

Read Also: Couples Go On Double-Date In Mustang At Drag Strip, What Could Go Wrong? 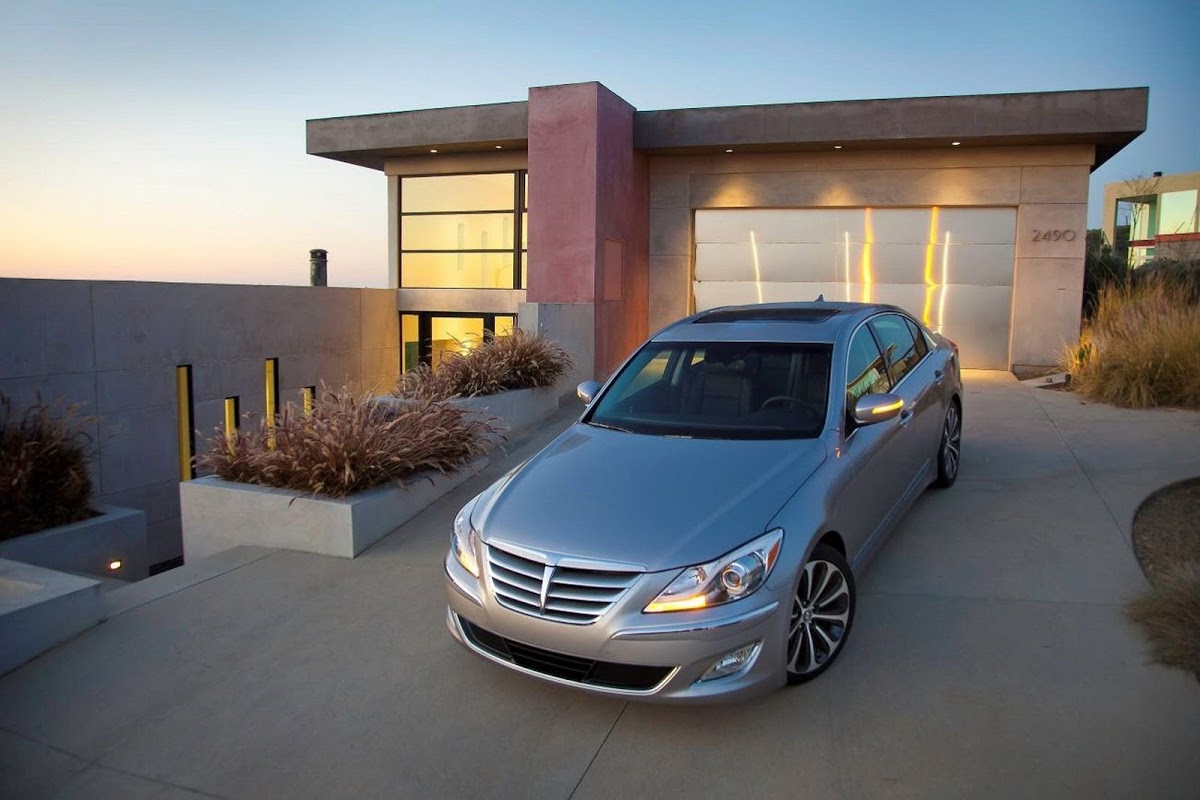 With that in mind, it’s easy to understand where she’s coming from since she sustained a serious injury while in this insured vehicle. In fact, even the amount of money involved, $5.2 million, is in line with similar injuries, says Miguel Custodio, a personal injury attorney, who clarified the situation even further to the DailyMail.co.uk.

“The lesson to be learned here is that people need to broaden the scope of what an injury is… Most people would not think that contracting this disease is an injury suffered in a vehicle — though it definitely is,” he said.

To this point, Geico has lost every one of its appeals in this case. Now it’s appealing to a federal court in hopes of getting relief. Should the judgment ultimately be upheld it could send a wave of precedent throughout the insurance industry as policies would have to be reviewed with it in mind. 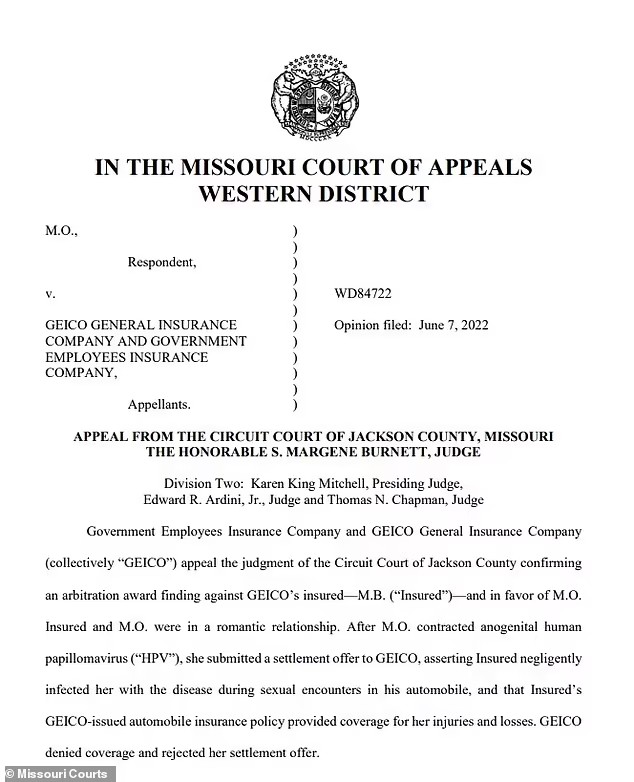 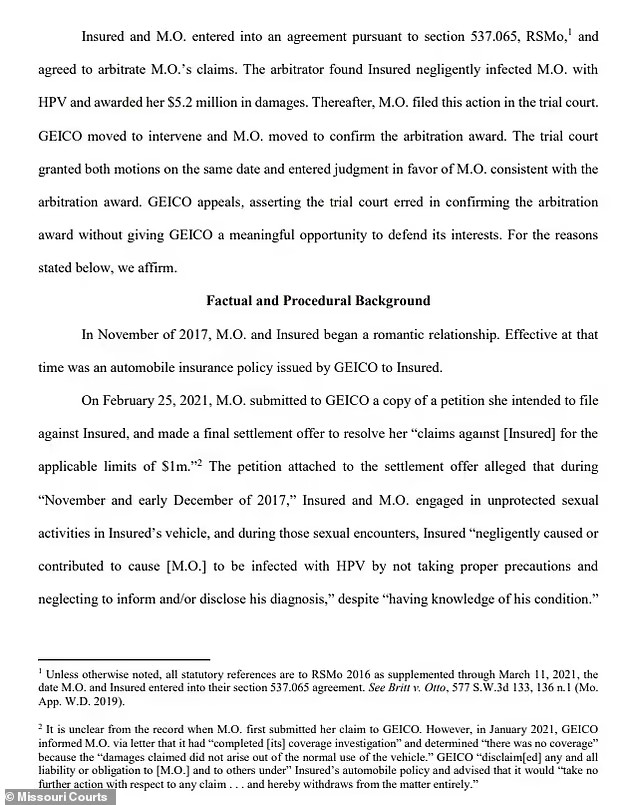