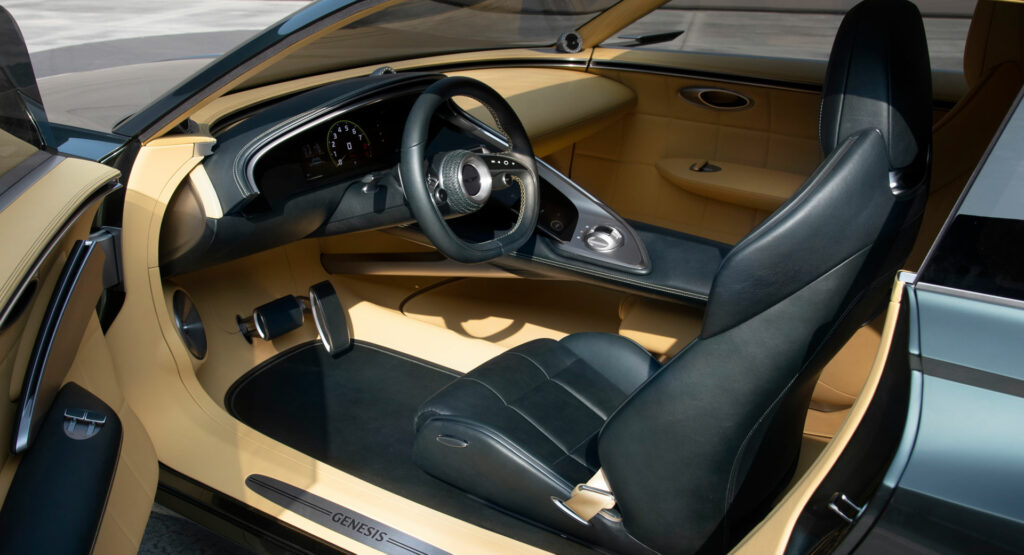 Genesis introduced the X Speedium Coupe concept in April and now the company has shown its elegant interior.

Unveiled at the Pebble Beach Concours d’Elegance, the interior was created over the course of the past five months and embraces the Korean design principle known as the “beauty of white space.” The company went on to say this idea is inspired by Korean architecture and features a “reductive design” as well as a “minimalist and pure form language punctuated by strong design elements.”

Putting design philosophy aside, the concept features an asymmetric, driver-oriented layout which sees controls and displays surround the driver. This focus is amplified by a Pinegrove Green driver’s seat, which stands in contrasts to the Monterey Gold color found elsewhere. 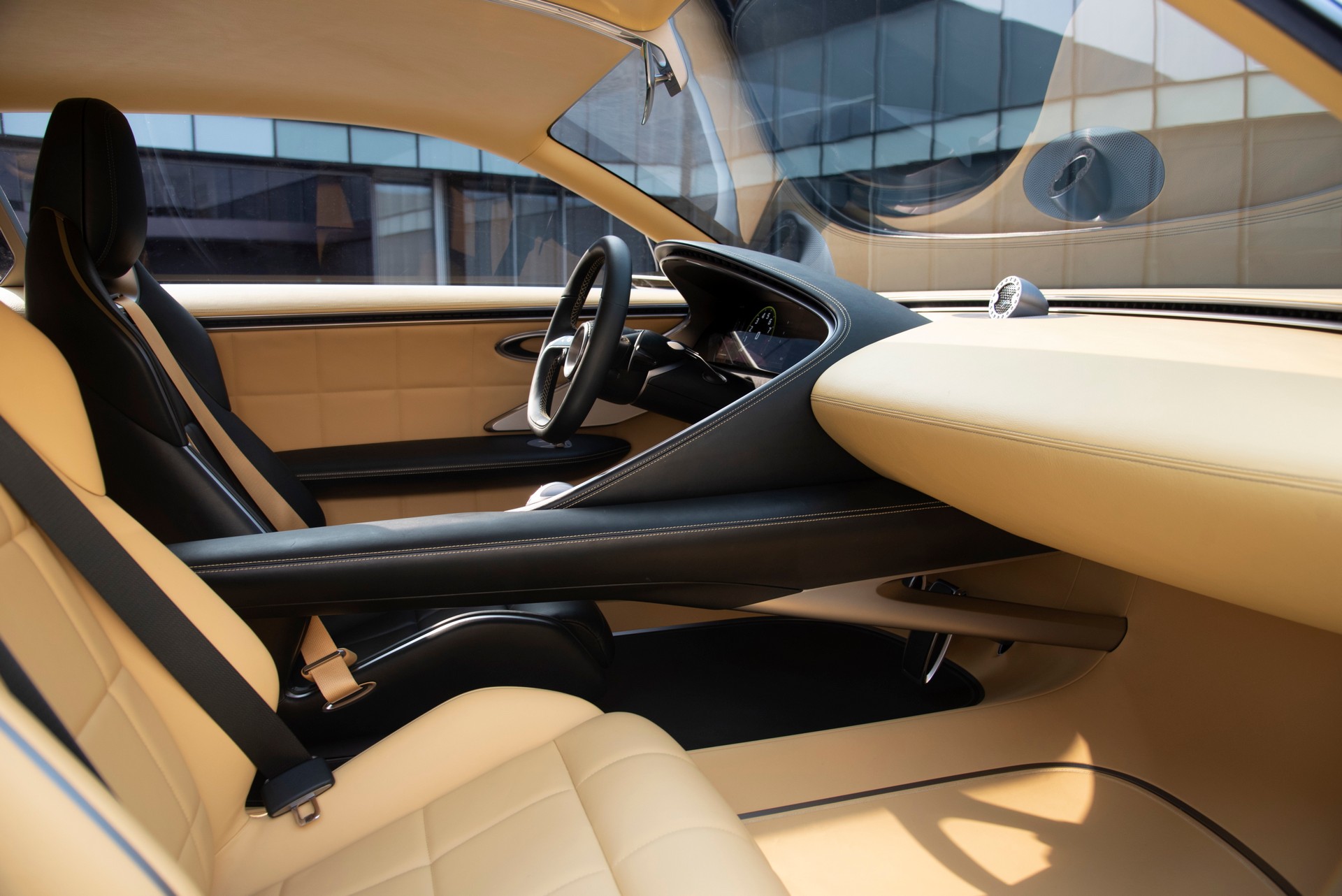 Genesis didn’t go into many specifics, but we can see a floating center console and a curved OLED display.  The latter features a “center-mounted motor output indicator designed in a ‘newtro’ style, which is a stark contrast to the RPM gauges found in ICE models.” To the right, is a vertical infotainment system with an “optimized UI design.” 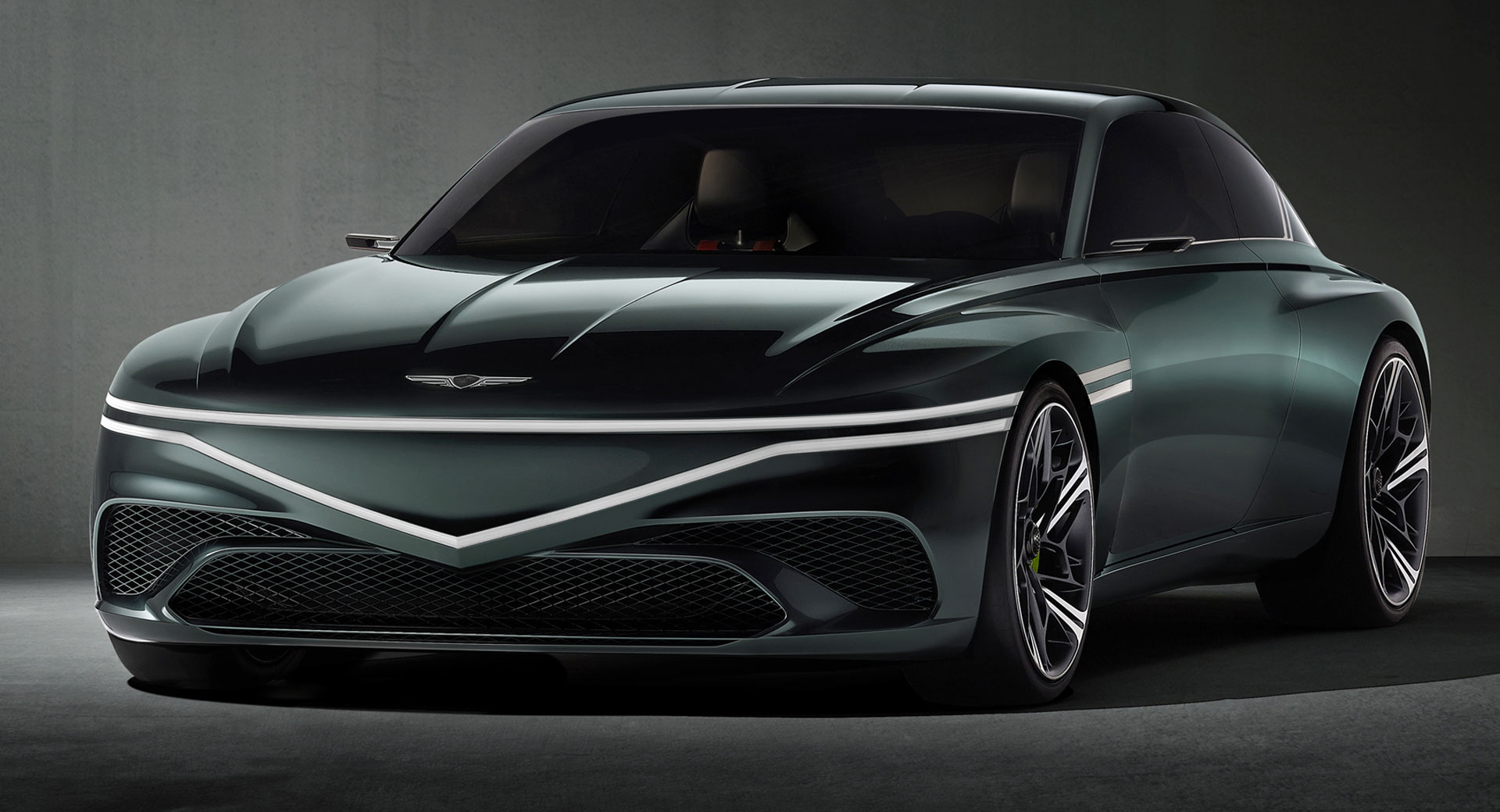 Since the X Speedium Coupe was envisioned as an EV, it comes as little surprise the cabin embraces a few eco-friendly touches. In particular, there’s leather that was vegetable-tanned and processed without chromium. The model also features upper “breathable grain leather,” which requires less water and lower levels of chemicals to manufacture.

Explaining the lengthy delay between the unveiling of the exterior and interior, Genesis Chief Creative Officer Luc Donckerwolke said, “The X Speedium Coupe was conceived as an internal design exercise that we later decided to reveal publicly. It was nothing more than a hard model built on our Athletic Elegance design identity.” However, “Given the positive reception it received … we chose to complete the concept and present it to discerning attendees at the Pebble Beach Concours.”