The Porsche 911 Turbo S is not a car in dire need of more power. After all, it is one of the quickest production cars on the planet and one of the best all-round performance cars. Those facts haven’t stopped G-Power, however, from taking a 911 Turbo S and making it even more impressive.

The German tuning experts kicked things off under the skin of the Porsche. The car’s twin-turbocharged 3.7-liter flat-six engine delivers 641 hp and 590 lb-ft (800 Nm) from the factory but G-Power has fitted a new-and-improved GP air cooler and a performance exhaust system with sports catalytic converters. The result is a cool 800 hp and 700 lb-ft (950 Nm) of torque, which is enough to send the car to 60 mph (96 km/h) in 2.3 seconds and through to 120 mph (193 km/h) in an even more impressive 4.95 seconds.

Read Also: This Porsche 911 Turbo S From TopCar Is Wearing Nothing But Green Carbon Fiber 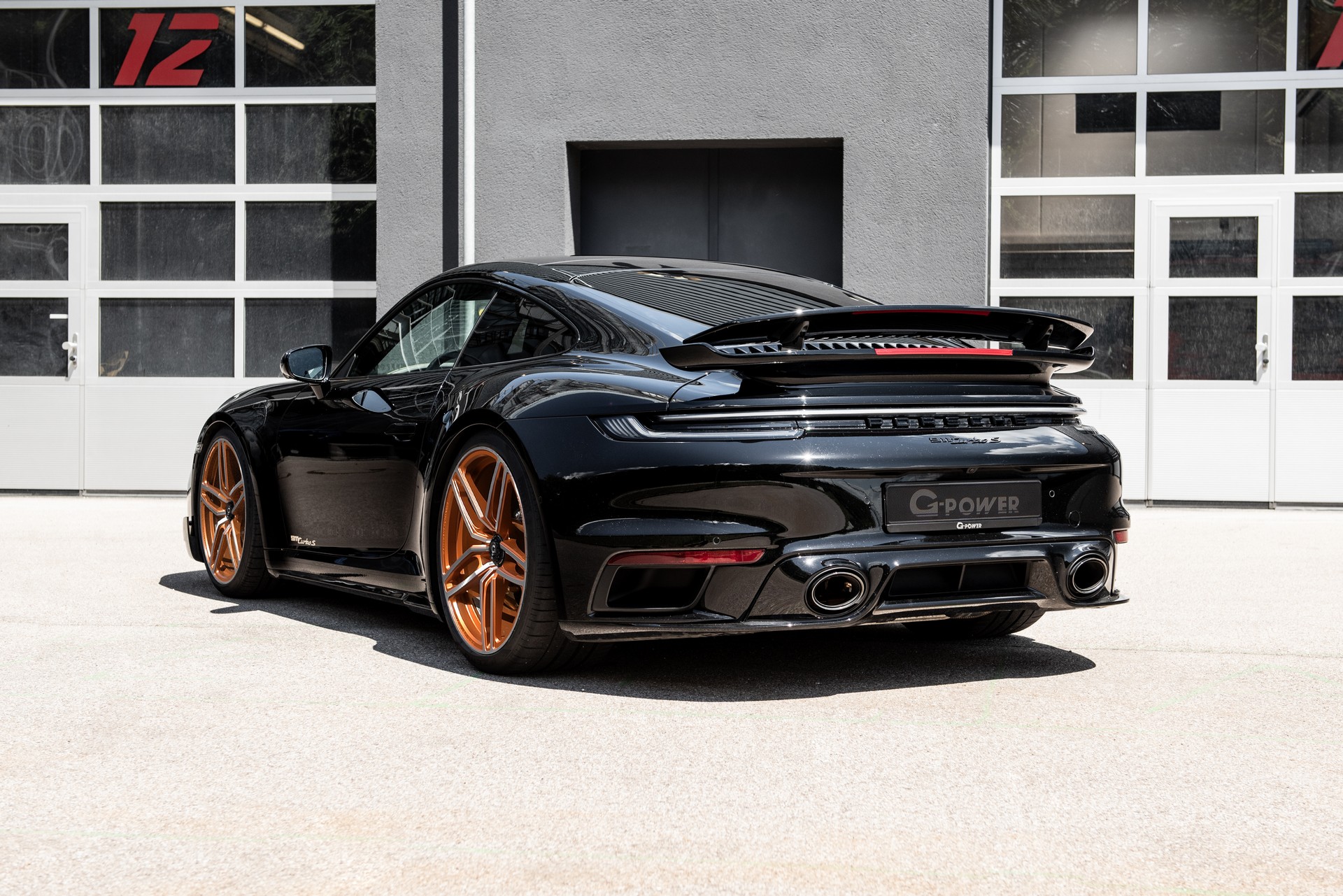 G-Power has also made a number of aesthetic changes to the car that add to its aggression without going over the top.

The most obvious upgrade is the fitment of the tuner’s Hurricane RR and Hurricane RS forged wheels that are manufactured from lightweight aluminum and measure 21×9.5 at the front axle and 22×12 at the rear. Wrapped around these wheels are 255/30 front and 335/25 rear tires. The wheels of this particular 911 Turbo S are finished in a special shade of GP Orange.

A handful of other modifications are being developed for the German sports car. These will include a carbon fiber hood and carbon fiber rear wing, although neither of these parts have been released yet.

Hot on the heels of G-Power launching its suite of upgrades for the 911 Turbo S, a YouTuber by the name of Gercollector had the opportunity to put it through its paces. He was able to achieve some pretty impressive figures, sprinting from 62 mph to 124 mph (100 – 200 km/h) in just 5.56 seconds.