The Corvette is an icon of the American roadway. Through numerous generations, it’s proved to be one of the best sports cars built in the country but this classic restomod SportWagon hints at what could’ve been in another timeline. Not only does it pack enough cargo space to almost be a practical vehicle, but it packs more power under the hood than the upcoming 2023 Corvette Z06.

Up for auction over at Bring a Trailer, this 1968 Corvette has just about everything that a sports car enthusiast might want. The classic Stingray shape is prominently featured with accentuated fender flares and a gigantic cowl induction hood scoop. That scoop isn’t just for show either. 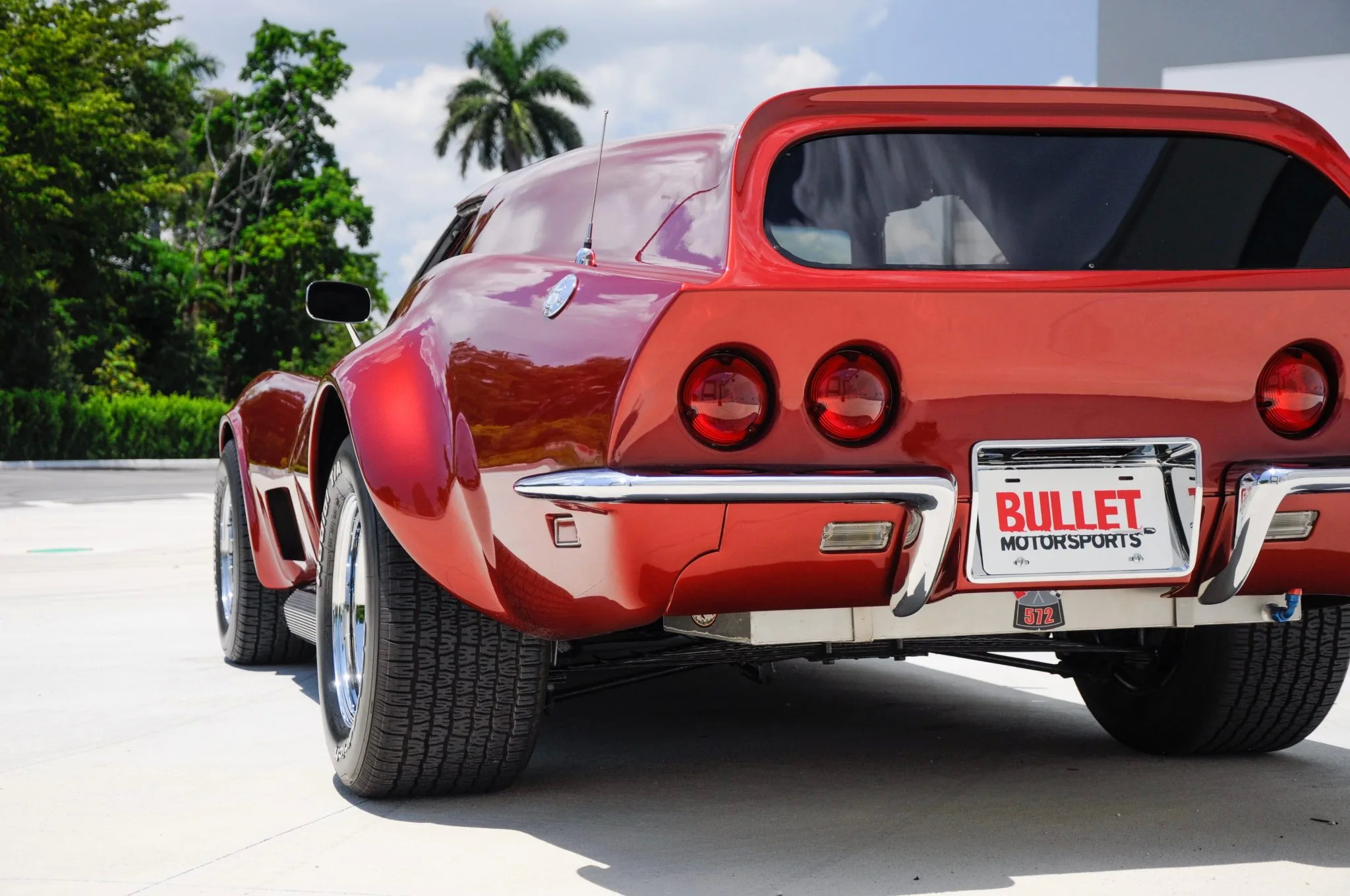 Under it lies a 572 ci. big-block V8 that develops no less than 707 horsepower (527 kW) and just about as much torque. According to the folks selling it over at Bullet Motorsports, it’ll spin the tires through first, second, and third gear (did we mention it’s a five-speed manual?) before actually gripping the road properly. It seems that those giant 295-section width tires in the rear just aren’t up to the task of managing all that power.

It’s not just the brute power that makes this Corvette special though. Aside from the SportWagon body, it features modern touches like disc brakes at all four corners, a limited-slip differential, and relocated headlights that emulate those of the Mako Shark Corvette concepts of its day. We also like the stunning side pipes, the removable Targa top, and the subtle 572 badging around the car.

The cabin looks like a nice place to spend time as well. The black vinyl interior appears to be in outstanding condition and the dash itself is still full of original parts and pieces. The only issue with the car that’s mentioned is the lack of a functional heater or defroster after the heater core leaked and was bypassed.

Thanks to the additional cargo space in the rear and the absolutely brutal drivetrain we think this could be one awesome way to make your daily commute, so long as it’s not in a city where you want a heater or a defroster.