Good News, Humans! A Pro Driver Can Beat Launch Control Through The Quarter-Mile

The experience of driving is becoming increasingly digitized, as computers with lightning-fast reflexes control ever more of a car. YouTube’s Driven Media sought to find out, though, if the humans still have a role inside the car.

With all of that power being sent from the mid-mounted engine to the rear wheels through a seven-speed dual-clutch gearbox, a Ferrari driver gets a few mechanical advantages to make up for the huge amount of tire-spinning power. Launch control seeks to give drivers one more.

Read Also: How Much Of A Head Start Does A Normal Car Need To Beat A Ferrari 488 Pista? 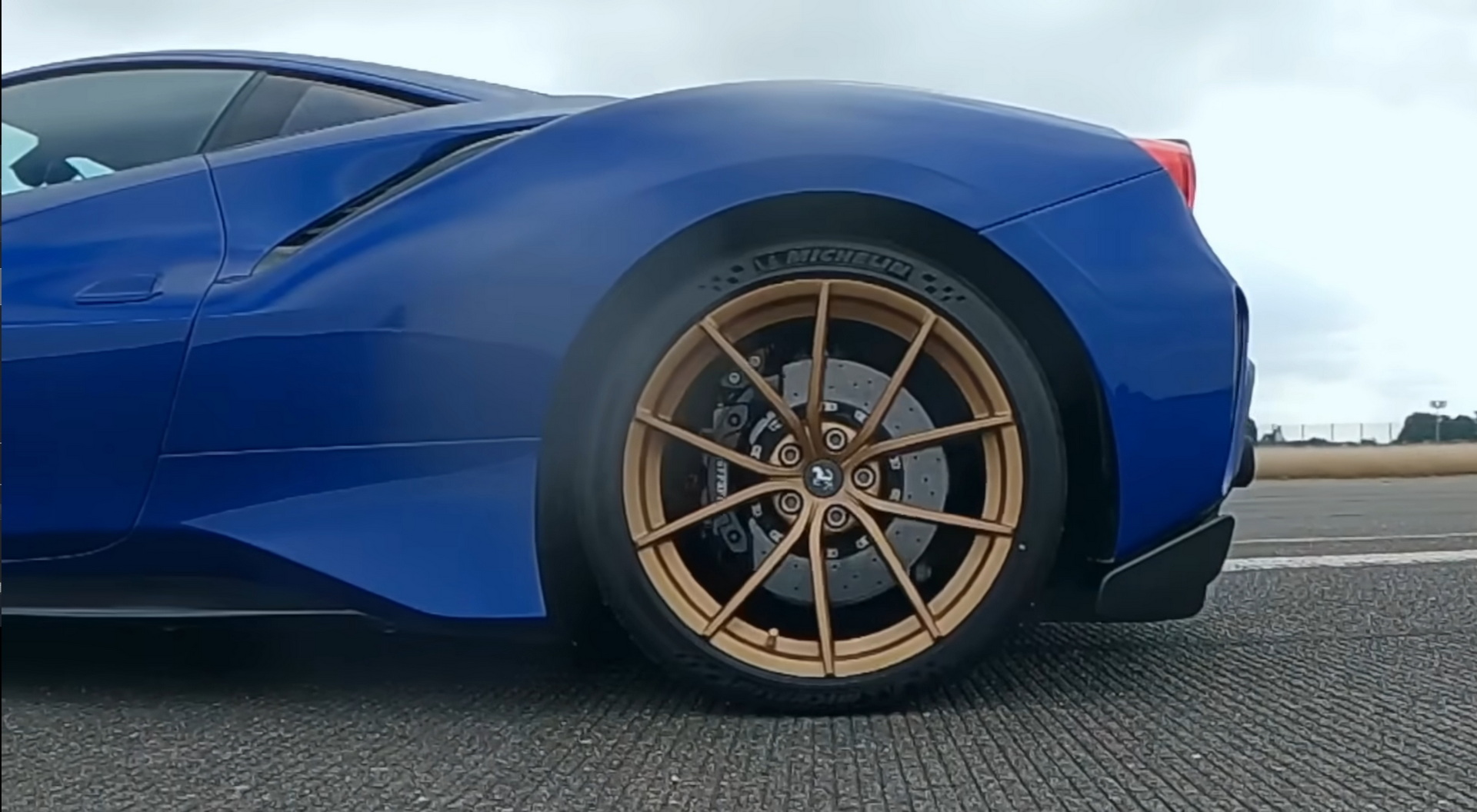 As pro driver Scott Mansell puts it, launch control can measure out precisely as much torque as the rear wheels can handle before they break traction. Using sensors and equations, the car can do this in milliseconds, completely sidestepping the need for a human to sense a loss of grip, process it, and then react to it with their foot.

Sounds great, but how does it work in practice? Well, on this stretch of tarmac, on the day that Driven Media filmed this video, it works out to a best-possible quarter-mile time of 11.15 seconds. Without launch control, though, the driver is able to run the quarter-mile in just 11.18 seconds on his first attempt, which surprises him.

With a little effort, he manages to get a quarter-mile time of 10.99 seconds, actually beating the launch control. Now, he may have been helped a little bit by warming tires, improving conditions, and a lower fuel load, but, if nothing else, the test does prove that launch control isn’t some cheat code that will absolutely destroy humans every time. And that’s kind of reassuring.

Rishi Sunak Is Trapped in a Tory Civil War

Rishi Sunak Is Trapped in a Tory Civil War