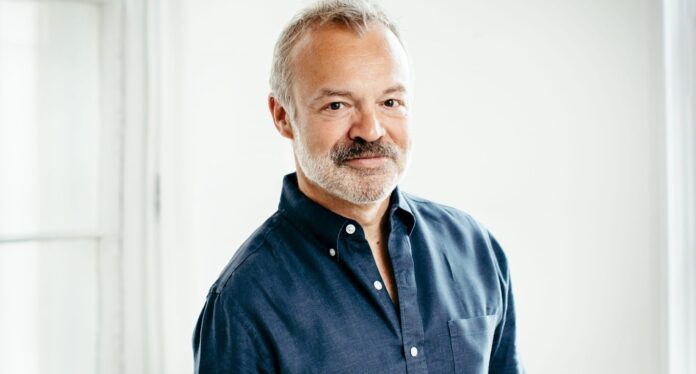 News that Graham Norton had secretly tied the knot over the summer trickled out across the country.

However, the chat show host never confirmed the big news until now.

It was reported that he married his partner Jonathan McLeod at the historic Bantry House back in July, in front of 120 guests. He then moved the party to his home in Ahakista in West Cork.

Graham took the chance to thank his neighbours for keeping the news under wraps!

Speaking to The Project, he said: “It was a big party in West Cork, the people were really supportive and kept it all a big secret.

“But people got excited about who might be there, and at one stage there was a ‘sighting’ in the local supermarket of Adele without makeup.”

Of course, Graham and Jonathan had plenty of famous guests including Adele.

It’s believed that Scottish singer Lulu performed for guests at the event, before Panti Bliss took over with a DJ set and then members of the Riverdance troupe took to the stage.

Speaking on BBC Radio 4 this week, he said married life is going “good so far”.

“It would be awful if it wasn’t at this stage, just a few months in, I’d like to think that even I could manage a few months,” he added.

“I’m from that generation of gays who assumed it was never going to be on the cards. So, one, it’s extraordinary that it can happen, I mean I never gave up hope of finding the one. If it was a surprise, it was a pleasant surprise.”