The second line at Honda Canada Manufacturing has started rolling, signalling the start of production for the new 2023 CR-V. The sixth generation of CR-V, production of America’s best-selling crossover of the last 25 years, will also begin at the automaker’s Indiana Auto Plant and East Liberty Auto Plant in Ohio in the coming days.

“Becoming the global lead plant for the 2023 Honda CR-V was a big challenge, and I’m proud of our experienced team at Honda of Canada Manufacturing and the level of teamwork we had in North America to create this incredible new product for our customers,” said Clement D’Souza, senior vice president of HCM. “Next up is the CR-V hybrid that is more important than ever to the CR-V lineup and a model we are very excited to deliver to our Canadian customers for the first time.”

Production of the standard CR-V will be followed by the Honda CR-V hybrid model next month. Again, it will kick off in Canada, to be followed by the automaker’s two American plants. For this generation, a full half of models will be hybrids, in line with Honda’s electrification efforts. 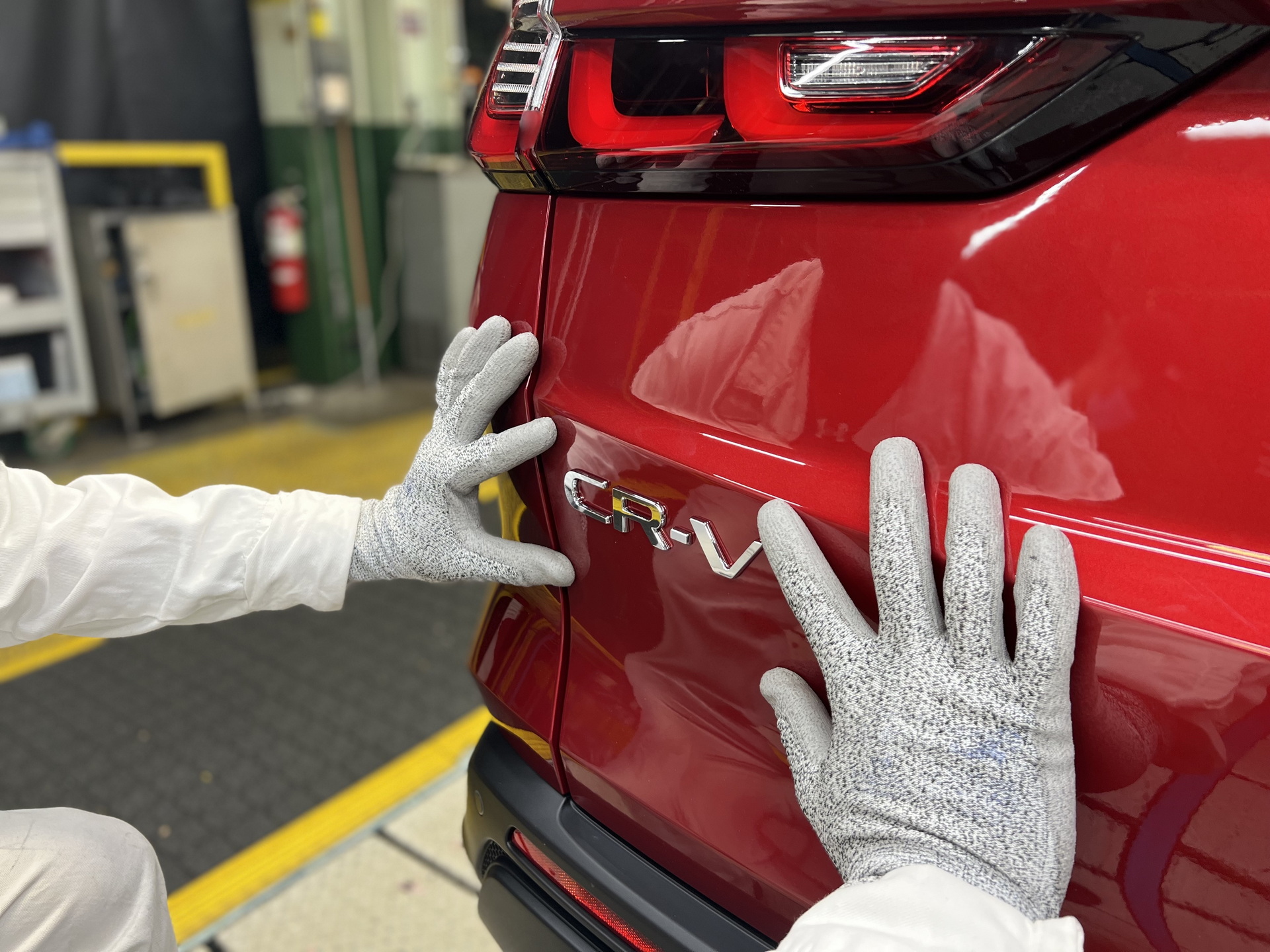 New for 2023, the design of CR-V required some major engineering efforts from the automaker. Fitted with the largest hood in Honda history, production engineers had to work with the development team to increase the rigidity of the piece by increasing the thickness of the steel sheet used to make it. The hood frame was also adjusted in order to allow it to be handled by the stamping and welding departments.

The new CR-V also introduces the use of more high-performance structural adhesive in order to increase the rigidity of the body. In addition, it uses a new acoustic spray foam to make the cabin quieter. This marks the first time Honda Canada Manufacturing has used these materials, meaning that new equipment and training were required for the plant.

With svelte new design and a sophisticated interior, the new Honda CR-V is powered by either a 1.5-liter turbocharged four-cylinder engine that makes 190 hp (142 kW/193 PS) or a 2.0-liter four-cylinder hybrid with two electric motors that makes a total of 204 hp (152 kW/207 PS).