Honda is getting into the e-scooter market through a new subsidiary called Striemo. The startup plans to sell an electric three-wheel scooter that’s stable at walking speeds or speeds comparable to that of a bicycle.

Both the company and its first product are called Striemo and the scooter is a little more complex than the two-wheel models it aims to displace, according to Yotari Mori, the CEO of the newly formed company.

“We developed Striemo to see if we could create a means of transportation that allows everyone to move around naturally just like everyone goes out with their shoes on,” said Mori. “It is a new mobility developed by utilizing the know-how of ‘human research’ cultivated through motorcycle development at Honda.” 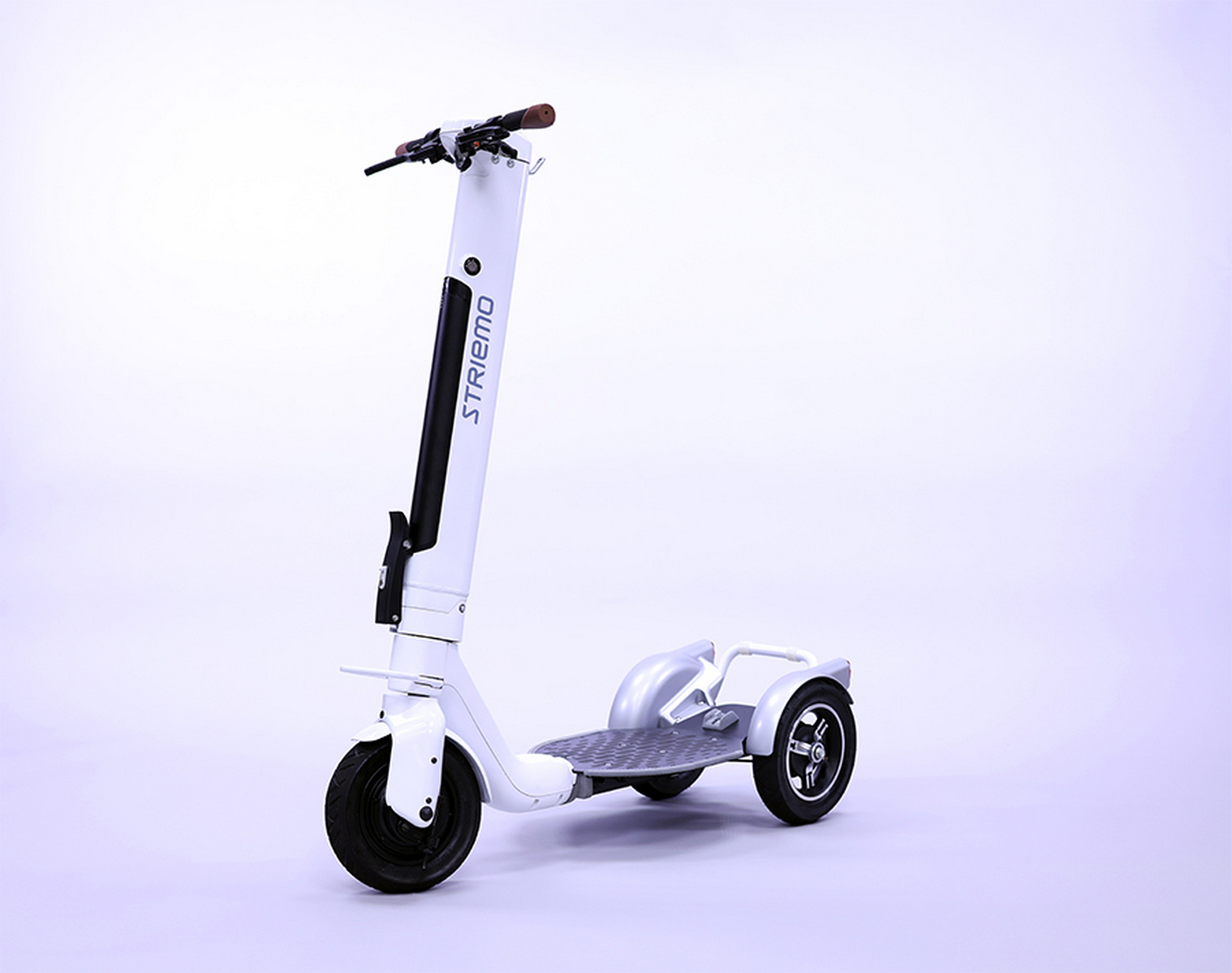 Weighing in at 44 lbs (20 kg), it can go up to 18.6 miles (30 km) on a charge. Its real party piece, though, is the stabilization technology. Striemo claims that it’s very hard to fall off of the scooter because of its ability to calculate the balance of its center of gravity to within 0.0039-inches (0.1 mm). That allows the three-wheeled micromobility vehicle to be stable under the rider no matter how quickly or slowly they’re moving.

It also makes the turning mechanism easier. To turn, riders are required to lean into the corner, not unlike a skier might do on a hill. That allows it to not only be stable at high speeds but to turn very sharply at low speeds, too.

The Striemo will be offered to customers at 260,000 yen ($1,939 USD at current exchange rates), reports Nikkei Asia, and the company is taking pre-orders for a limited 300-unit run. It plans to put the scooter on sale in Japan this year and to introduce it in Europe in 2023. Honda is just the latest automaker to propose a “micromobillity solution”, joining the ranks of BMW and Polestar.