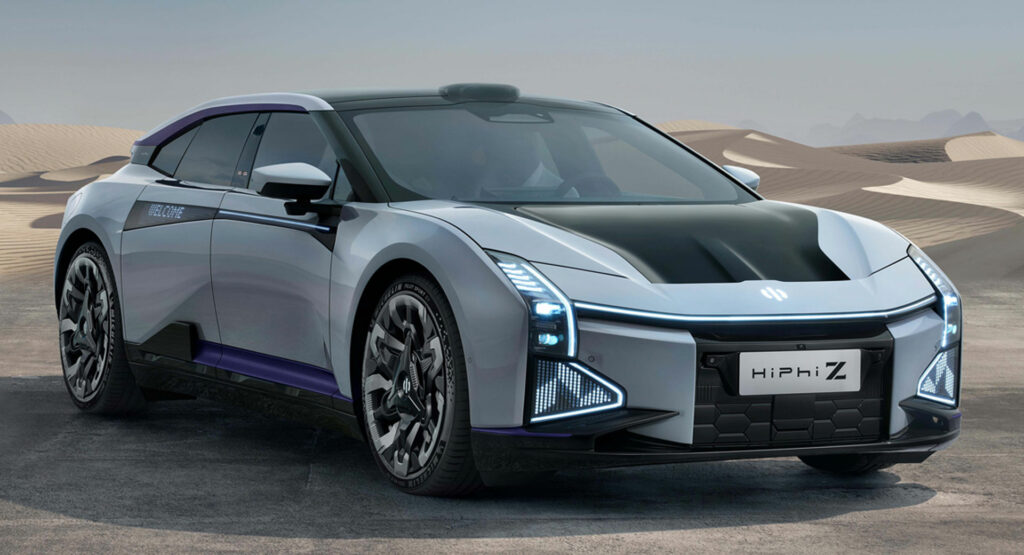 Billed as a vehicle that “looks, feels, and drives like a car from 20 years in the future,” the HiPhi Z is like no other vehicle on the road as it features a “wrap-around Star-Ring ISD light curtain” that consists of 4,066 individual LEDs that can interact with passengers, other drivers, and the world around it.

The company didn’t go into many specifics, but the LED panels on the doors can apparently greet passengers with a “Welcome” message. Speaking of the doors, they’re high-tech as they have ultra-wideband technology and this allows the “vehicle to accurately detect the position of the person and the key, so as to better control the timing and angle of the [automatic] door opening.”

Putting technology aside, the HiPhi Z attempts to merge the looks of a supercar with a four-door coupe. We’re not seeing much of either, but the model has a fully enclosed grille, vertical side fins, and a distinctive rear spoiler. The car also sports active aerodynamics as the grille shutters and power deployable rear wing work in tandem to “automatically adjust vehicle drag and reduce lift for improved overall performance.” 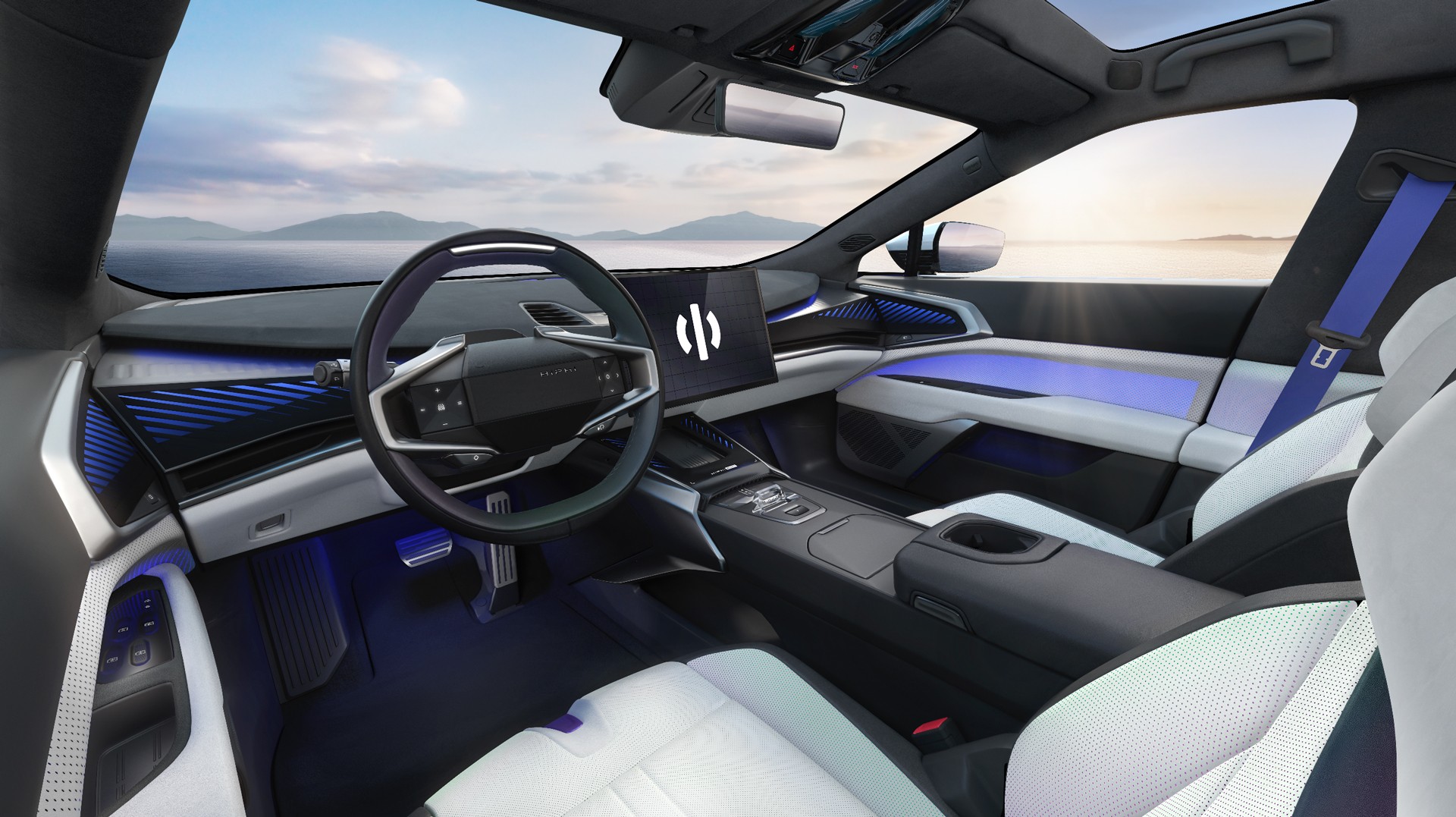 We can also see a floating infotainment system and it’s apparently mounted on an “eight-direction, infinitely adjustable, high-speed motion robotic arm” which can “perform a variety of delicate movements with barely a noise.” That’s a lot of technobabble, but the key takeaway is that the infotainment screen can rotate from a landscape to a portrait orientation.

Last but not least, the car will come with a HiPhi Bot that is said to be a “cutting-edge AI companion that can automatically adjust every aspect of the driving and passenger experience.” The model can also use a “combination of lighting, touch, sound, and fragrance, to create an immersive and comforting environment.” 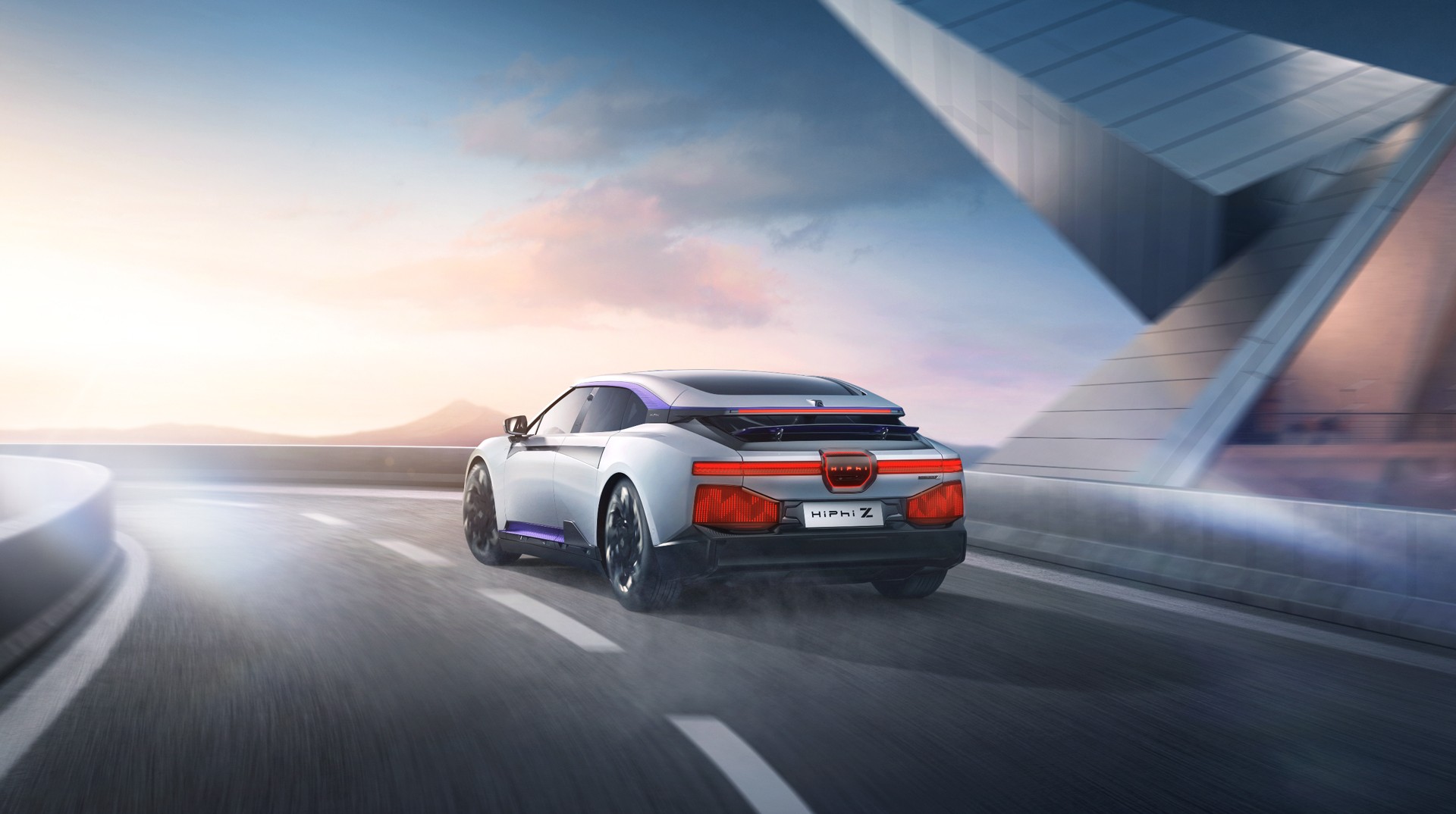 The company added the HiPhi Z has an all-aluminum double wishbone front suspension, a five-link rear suspension, an air suspension, and continuous damping control. The model also sports a rear steering system that enables the car to have a turning circle similar to a MINI Cooper, despite measuring over 196 inches (5,000 mm) long.

Furthermore, the HiPhi Z will come equipped with a HiPhi Pilot semi-autonomous driving system which uses 34 sensors and LiDAR technology to “constantly scan the surrounding environment.” This enables the model to provide “assisted driving and parking, as well as smart summon using the smartphone app.”