In A Battle Of Porsche’s Range-Topping GT Models, Which Is The Better Pick? 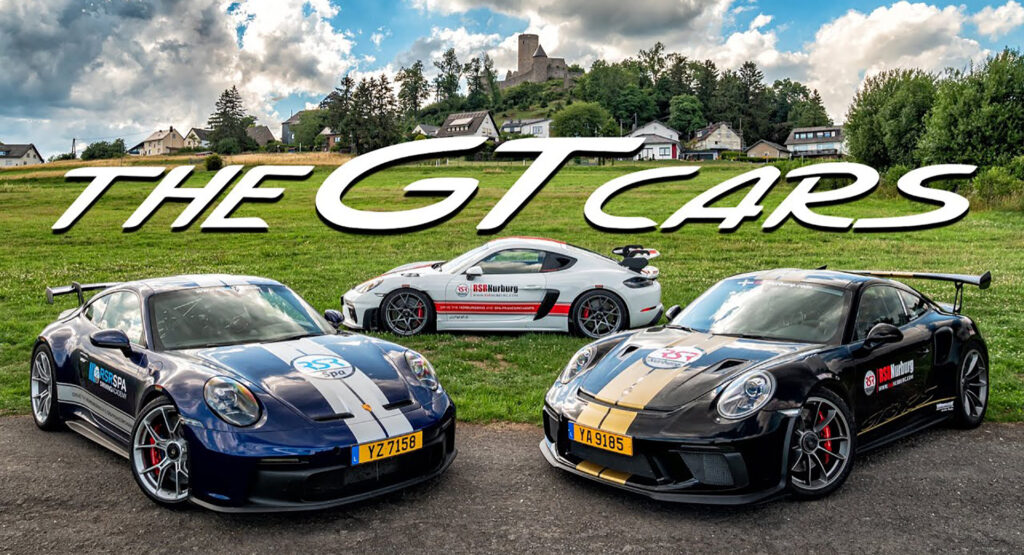 When Porsche makes a GT version of one of their vehicles, you already know something special is going to be in store. But just how good are the two best Porsche GT models on sale right now? And how do they compare to one another? Everyday Driver attempts to answer that in their latest video, which puts the 911 GT3 up against the 718 Cayman GT4 RS.

It’s worth noting that at the time of filming, the all-new 911 GT3 RS hadn’t come out yet, so the top-of-the line 911 in this video is the 992 GT3. That being said, they did manage to source a GT3 RS from the previous 991 generation as a benchmark to see just how far this latest generation of cars has come. 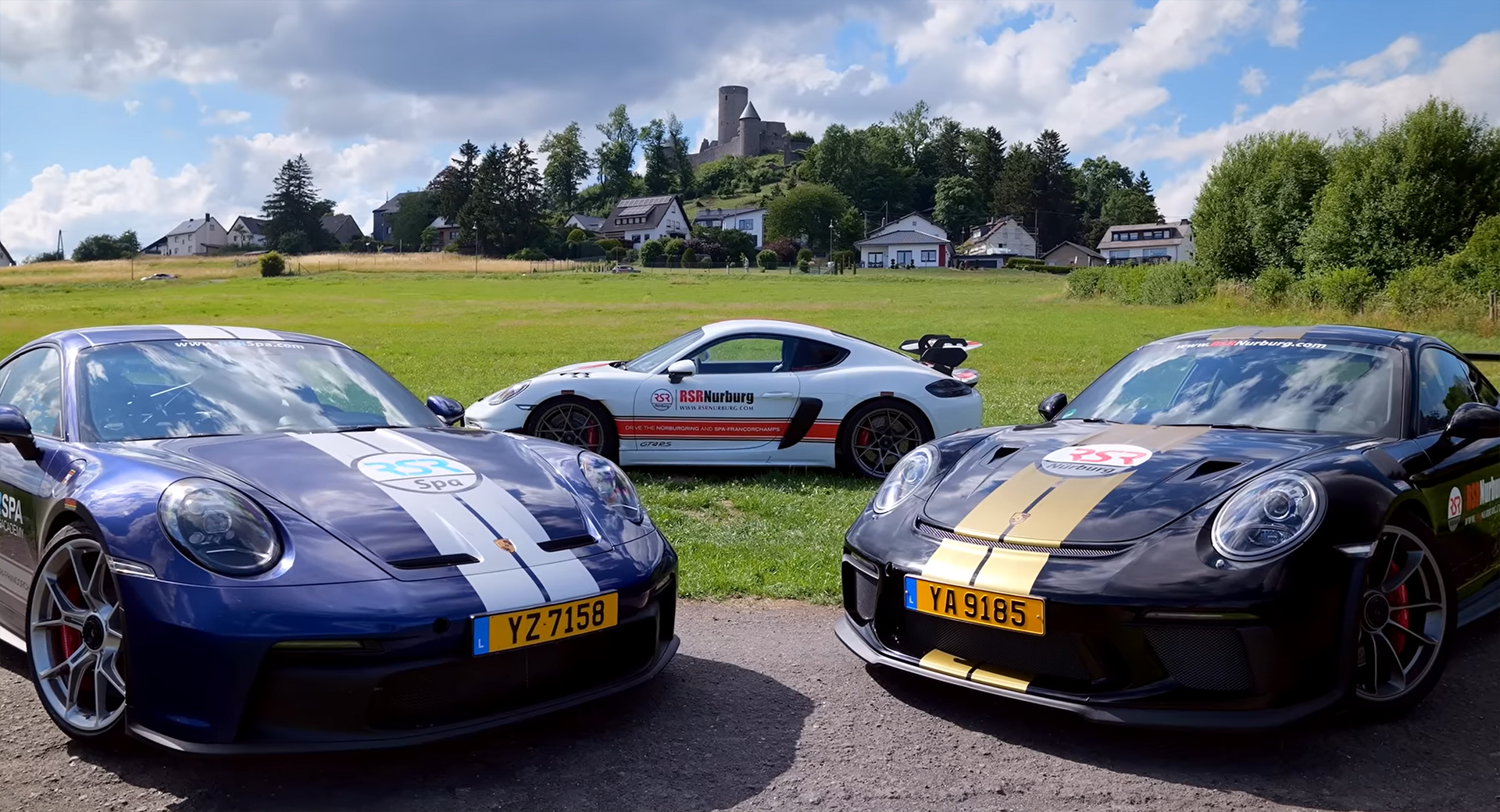 On paper, these two cars are very similar. The GT4 RS and GT3 both have the same engine, albeit in slightly different states of tune (the Cayman’s makes 493 hp (500 PS / 368 kW), whereas the 911’s makes 503 hp (510 PS / 375 kW)). However, despite being larger and more powerful than the Cayman, the 911 actually weighs 63 lb (29 kg) less. Both cars also have their engine behind the driver, however the Cayman’s is ahead of the rear wheels while the 911’s is aft of them. This does afford the Cayman with better weight distribution on paper, but it also means the 911 has a certain driving character unlike anything else on the road.

Being an RS car, the GT4 RS is only available with a PDK, while the GT3 still offers a stick-shift. In the same vein, though, the regular GT4 is available in manual while the new GT3 RS is auto-only. Both cars rev to at least 9,000 rpm, which adds to their character, but the GT4 RS gets the added benefit of an intake that passes directly through the cabin, giving occupants a very unique aural experience.

See Also: This One-Off Porsche 718 Cayman GT4 Is A Tribute To The 906 Racecar 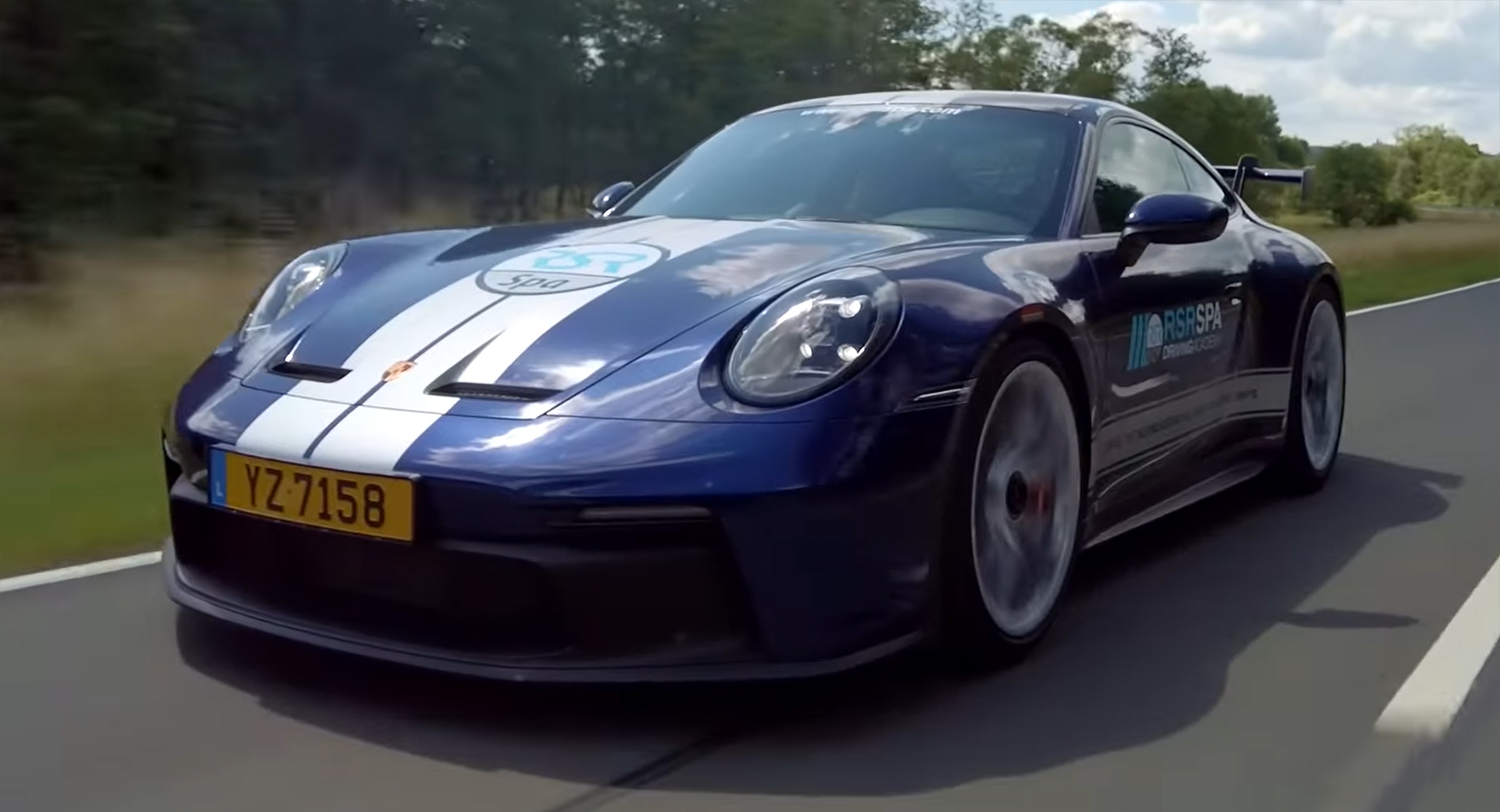 On the street, the GT3 shines with its new double-wishbone suspension, which gives it unbelievably communicative handling and a confidence-inspiring driving experience overall. Likewise, the GT4 RS takes all the best parts of the 911 GT cars and adapts them to the smaller, nimbler, mid-engine Cayman platform. This includes better aero, a better engine, and shorter gears, which ultimately creates a recipe for success.

Moving to the track, they set off with their 991 GT3 RS benchmark, and it was unsurprisingly an amazing car to drive. Following that was the 992 GT3, and right off the bat it was able to outperform the old GT3 RS, remaining confident in almost every area where its competitor faltered. Again, they found the new GT3 to be a car that makes it easy to go fast without completely depriving the driver of feeling. 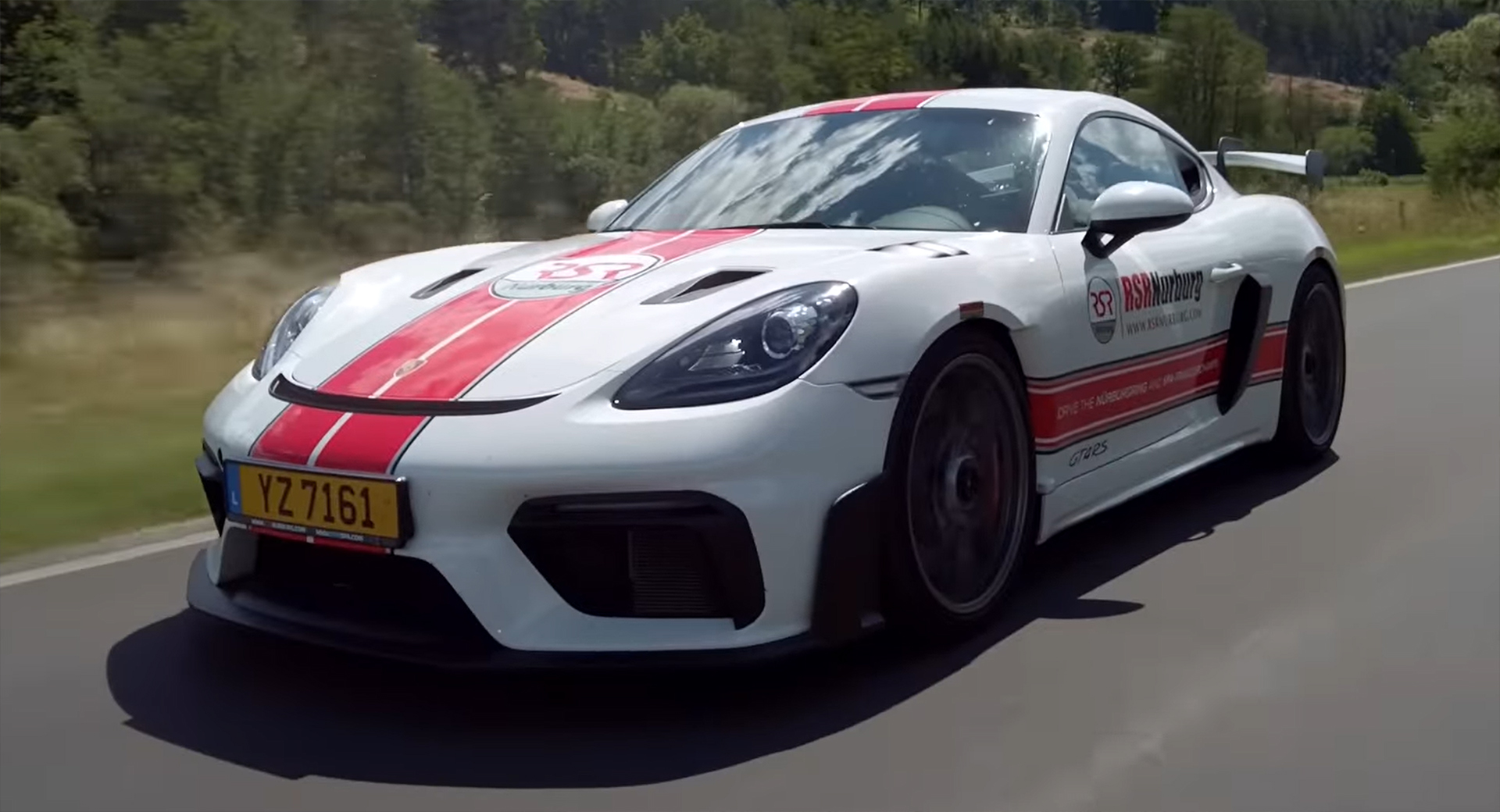 However, the GT4 RS surprised and impressed on the racetrack, exceeding the already high expectations it set for itself on the road. The mid-engine layout truly made a difference on a proper circuit, and from a speed standpoint, it even matched the 991 GT3 RS along the back straight.

Despite it being an absolute purpose-built track weapon, the Cayman GT4 RS was described as having a certain playfulness and lightness to it that just wasn’t replicated on the 911, and for that reason, Everyday Driver chose the Cayman as their pick. However, now that the 992 GT3 RS is out, things might change in the near future.