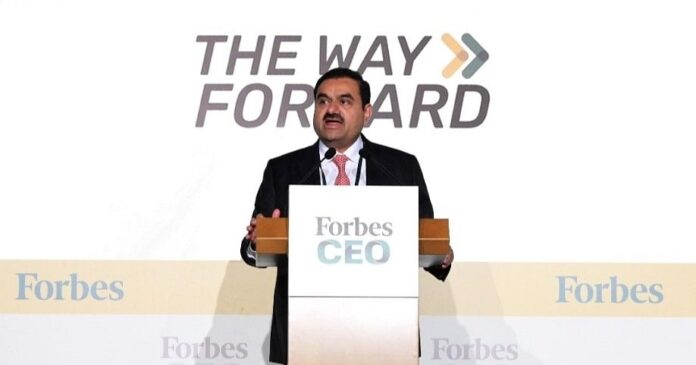 Adani said his ports-to-power conglomerate will invest over $100 billion (Rs 8.1 lakh crore) of capital in the next decade.

“We have earmarked 70% of this investment for the energy transition space. We are already the world’s largest solar player, and we intend to do far more. In this context, Adani New Industries is the manifestation of the bet.”

He also committed to invest $70 billion in an integrated hydrogen-based value chain, to become the least expensive producer of green hydrogen.

Adani isn’t the first to be bullish on the ecofriendly fuel. Last year, Reliance Industries Ltd.’s Chairman Mukesh Ambani had aimed to pursue a target to produce green hydrogen at $1 a kilogram by the end of the decade.

Adani said, “It is an absolute game changer for India and opens up the unprecedented possibility that India could one day become a net energy exporter.”

He also said getting rid of all fossil fuel sources would not work in India, since it is needed to serve the large population.

The Indian data centre market, according to the Ahmedabad-born businessman, is “witnessing explosive growth”, one in which his firm has dived under the ‘AdaniConnex’ brand.

“This sector consumes more energy than any other industry in the world and therefore our move to build green data centres is a game-changing differentiator,” he said.

Disclaimer: Adani Enterprises is in the process of acquiring a 49% stake in Quintillion Business Media Ltd., the owner of BQ Prime.