Inflated U.S. Vehicle Prices Have Led To Some Popular Cars Selling For More Used Than New 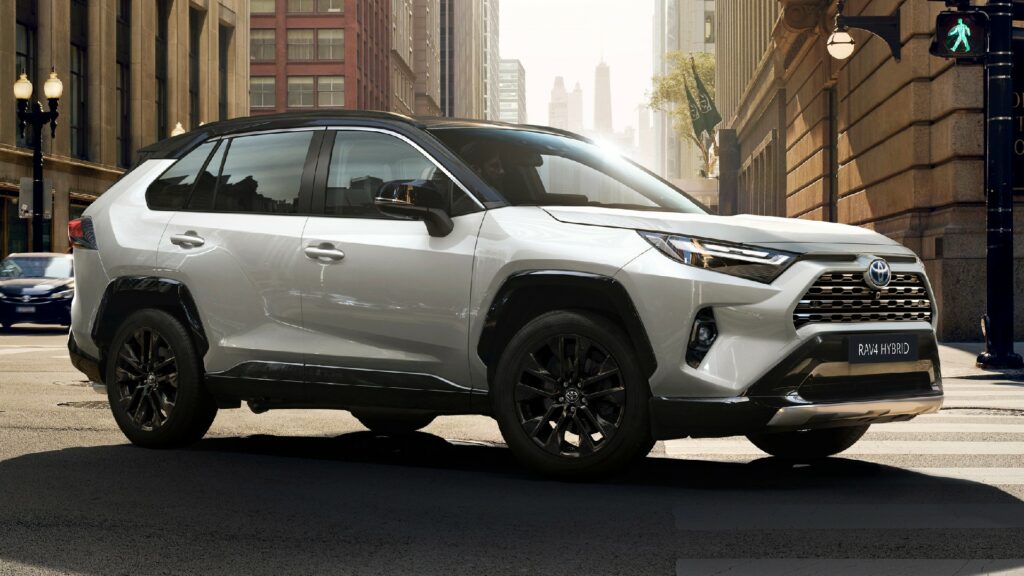 Certain high-profile vehicles (often well north of $100k) tend to hold their value very well, and some even become appreciating assets. But what if we told you that this was happening to the humble Toyota RAV4 as well?

According to a recent study from insurance savings company Jerry, certain everyday vehicles have become so popular that people are willing to shell out more money for a used one than a brand new one, simply because there just aren’t enough new ones to go around right now.

Read More: Shoppers Are Starting To Shun New Cars In A Troubling Sign For The Auto Industry 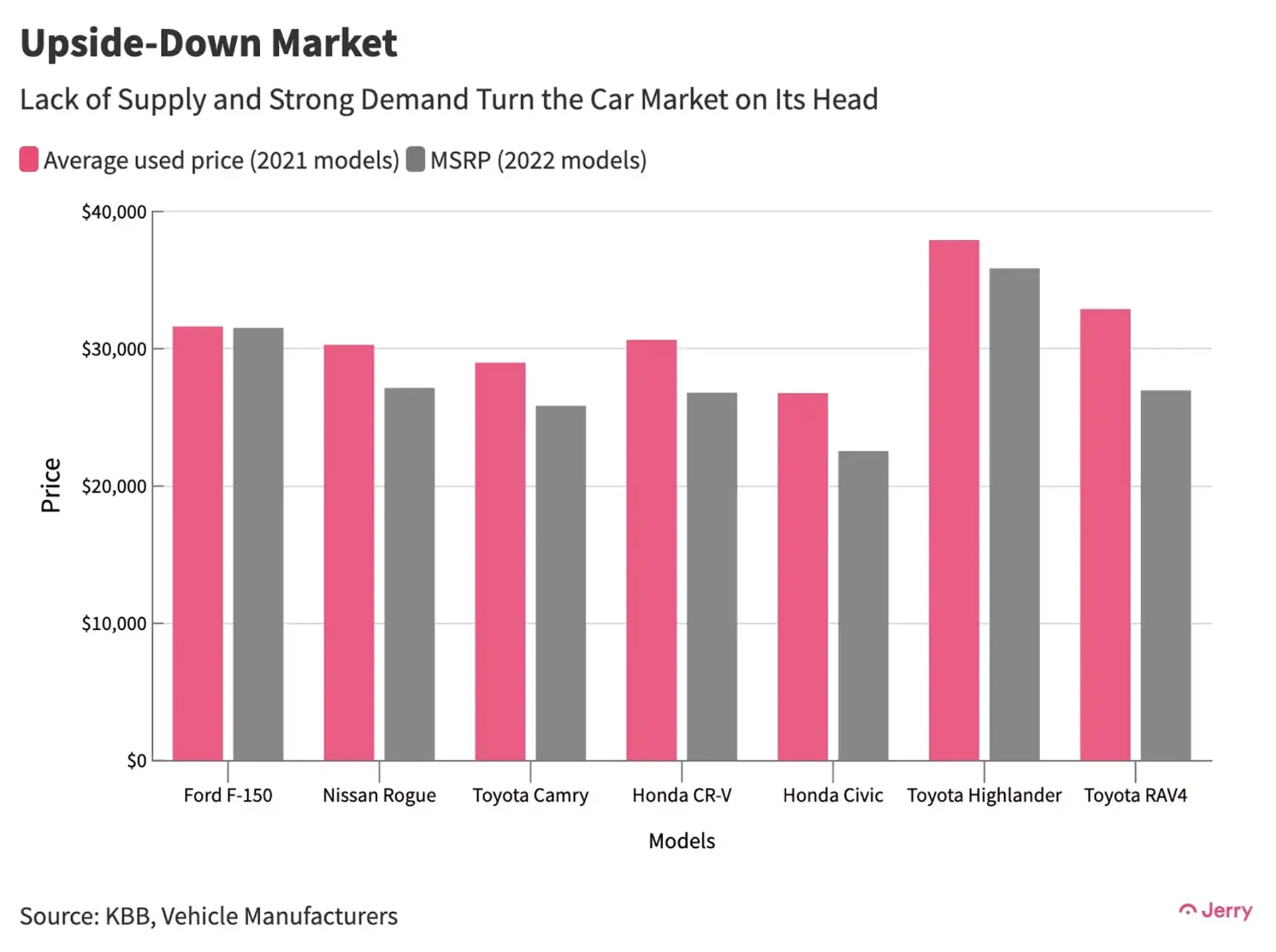 They also looked at a handful of EVs, and what they found was that the Volkswagen ID.4 was selling for $6,300 more on average used than new, while the Tesla Model 3 and Ford Mustang Mach-E were both going for $5,200 more.

Related: Study Finds Lexus LFA And Lada Niva Are The Most Searched For Rare Cars For Purchase In The UK 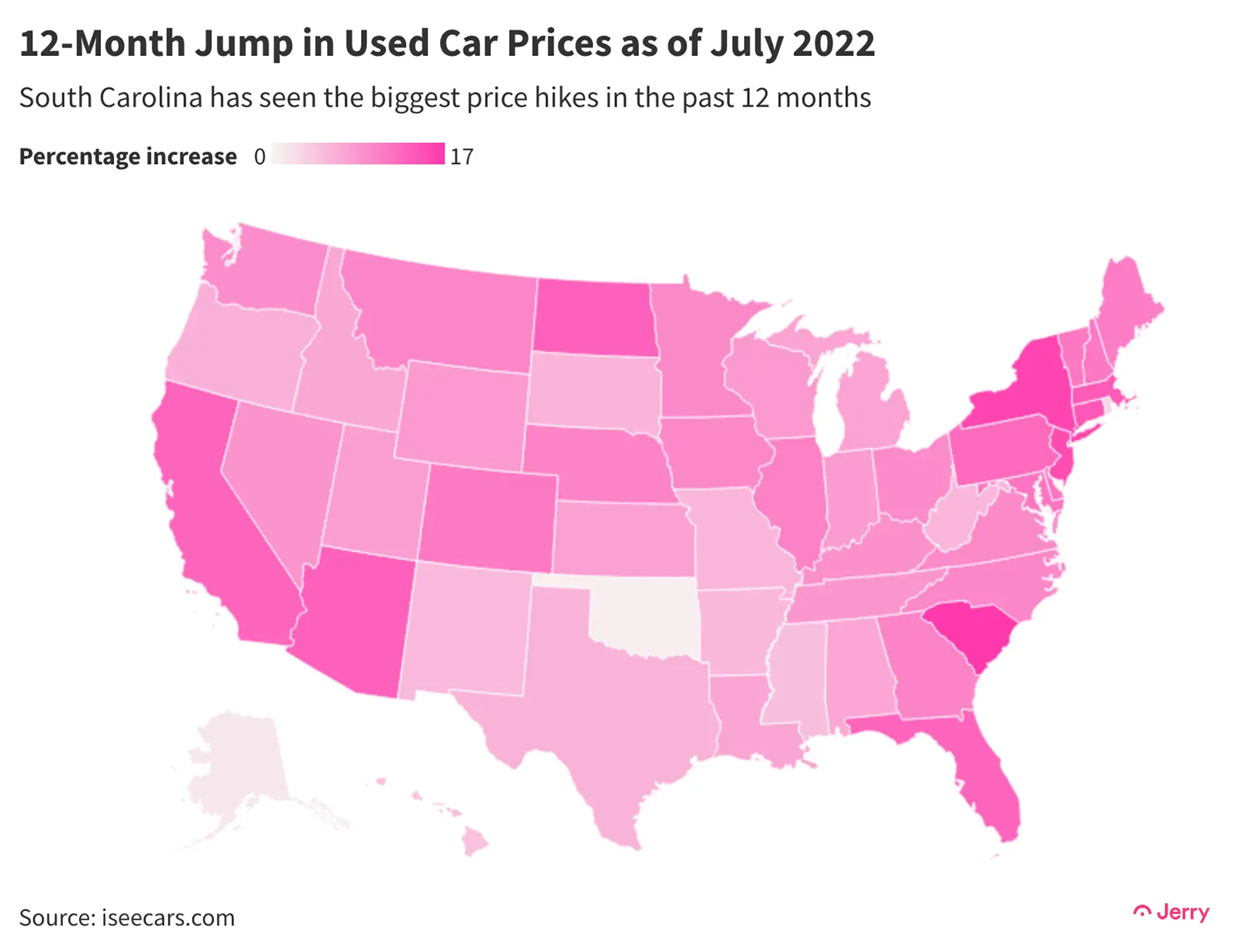 On a state-by-state basis, the study found that South Carolina, New York, and New Jersey were the top three to see increases in used car prices over the past year with 17, 16, and 15 percent jumps respectively. Those three were part of 21 U.S. states that saw their prices increase by at least 10 percent.

Thankfully, though, the good news for buyers is that this phenomenon isn’t happening to all cars, and many vehicles on the market are actually beginning to return to a somewhat normal level in terms of pricing.