A very rare and very desirable 2002 Nissan Skyline GT-R M-Spec recently came up for auction in Japan with an eye-watering starting price of 60 million yen or roughly $446,000.

Prices of R34-generation Skyline GT-R models have skyrocketed in recent years, so much so that the most coveted variant of them all, the Z-Tune, is said to be worth upwards of $1 million. This GT-R M-Spec isn’t quite as desirable as the Z-Tune but it is still a car that will appeal to even the most discerned of collectors. 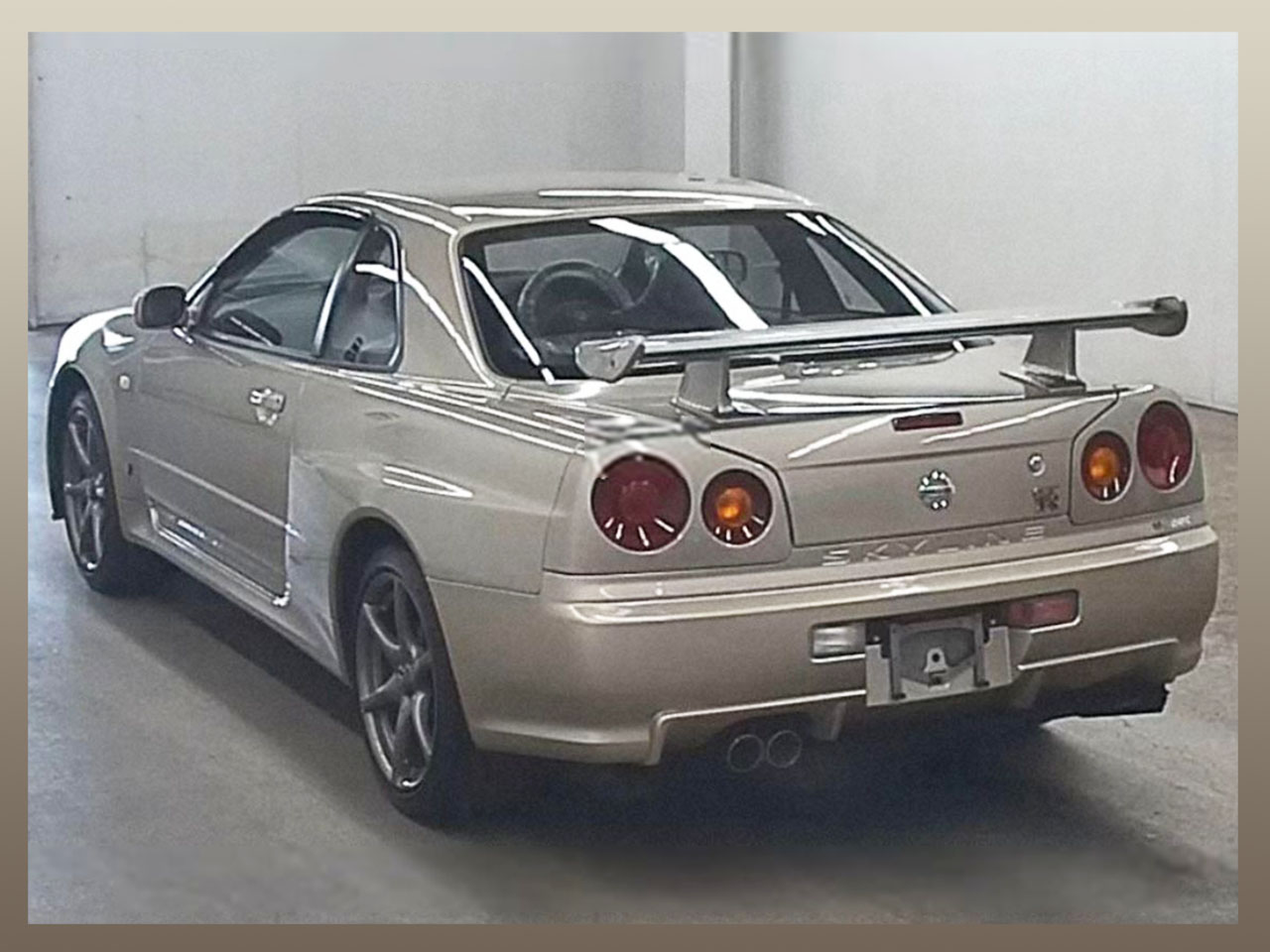 Nissan only ever built 366 examples of the M-Spec. The car benefited from a number of upgrades over a regular Skyline GT-R of the day, including enlarged turbocharger with more boost pressure. The turbochargers also feature steel blades and each model left the factory with a gold VIN plate, signifying its desirability.

This particular example is finished in Silica Brass, one of just 131 units produced in this particular color. Adding to its desirability is the fact that it has only ever been driven 372 km (231 miles) in the past 20 years and is in excellent condition. With that being said, the Japanese listing does state that it has some creases on the seat, a flat battery, a small dent on the driver’s door, and the power steering oil is seeping.

It is not yet clear how much interest there has been in the car and if there is any chance that it will sell for upwards of half a million dollars.