Is This Mazda RX-7 Dressed Like A Ferrari F40 Blasphemous Or Genius?

It’s hard not to love the Mazda RX-7. As one of Japan’s most iconic sports cars, it is held in high regard and while we think they’re best left unmodified, the RX-7 has proven to be quite popular among tuners.

This particular RX-7 has been modified extensively but in a very unique way. Rather than adorning it with some of the modifications you may expect, like aftermarket wheels, a big rear wing, and a bodykit, a previous owner has transformed it into a Ferrari F40 lookalike. It is rather bizarre and is currently up for sale in Hyogo, Japan.

The listing reveals precious few details about the car’s history and just what motivated the owner to make such radical modifications to it. The photos show that every single exterior part has been changed while the car itself has been resprayed in a simple shade of gloss black, a color not ordinarily seen on real F40s. 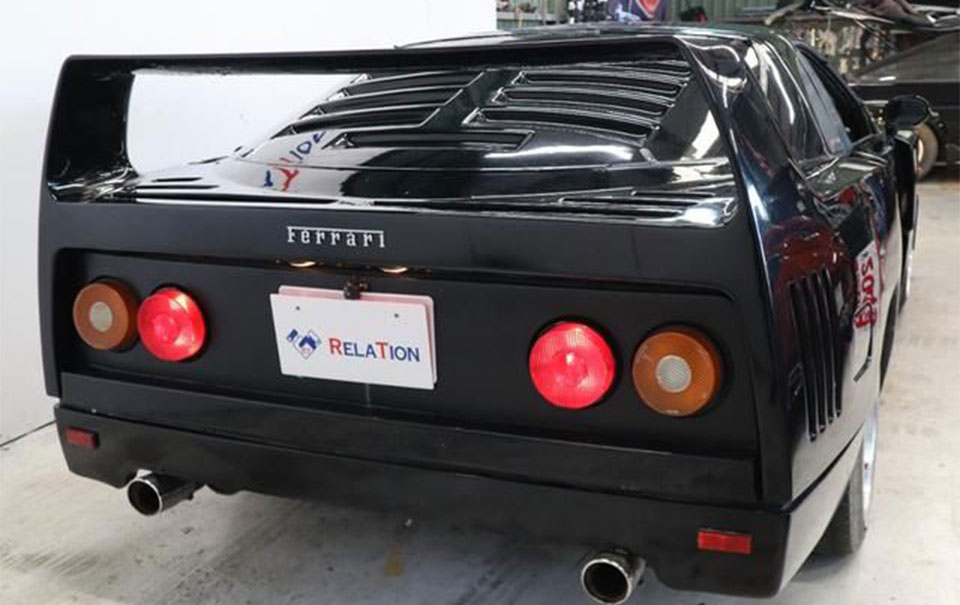 Things start at the front end where the Mazda has been equipped with a new bumper and headlights that mimic those of the Ferrari, complete with the secondary pop-up headlights. Even the NACA ducts found on the hood of a real F40 have been reproduced for this replica.

Continuing the upgrades is all-new bodywork along the sides of the Mazda, as well as wheels similar to an F40. The rear-end acts as the pièce de résistance thanks to the same circular taillights and turn signals as the Ferrari, a towering rear wing, a similar Perspex engine cover, and a similar bumper. One obvious point of difference is that this RX-7 doesn’t have the same centrally-mounted exhausts as the F40.

According to the listing, the RX-7 has an asking price of 3.223 million Yen, the equivalent of just over $22,500 at current exchange rates. Would you be willing to spend that much on it?