Jaw-Dropping Ferrari F40 In Grigio Nardo With Around 1,000 HP Goes Under The Hammer

Modified cars aren’t very shocking or surprising. Modified supercars are a little bit more interesting and eye-catching. Modified automotive legends are as rare as the stories that saw them change from the iconic figure on bedroom posters to the finalized creations that they are in the end. This Ferrari F40 Competizione is one such rare beast.

There’s no question that the F40, in general, is one of the most important cars in the history of the supercar genre. Even examples with higher mileage can sell for well beyond six figures. That’s what makes this particular F40 so special because not only is it one of a kind but it might be the most powerful example on the planet.

First delivered to an official Ferrari importer in late 1989, this F40 began life as a ‘not-cat, non-adjust’ road-going example. Typically, these non-cat, non-adjust cars are more highly sought after but that didn’t stop the owner from rebuilding this one for racing just a few years after delivery. That included upgrades to the suspension, the brakes, the bodywork, and a full repaint in yellow.

Read More: This Fancy Go Kart Is Shaped After The Iconic Ferrari F40 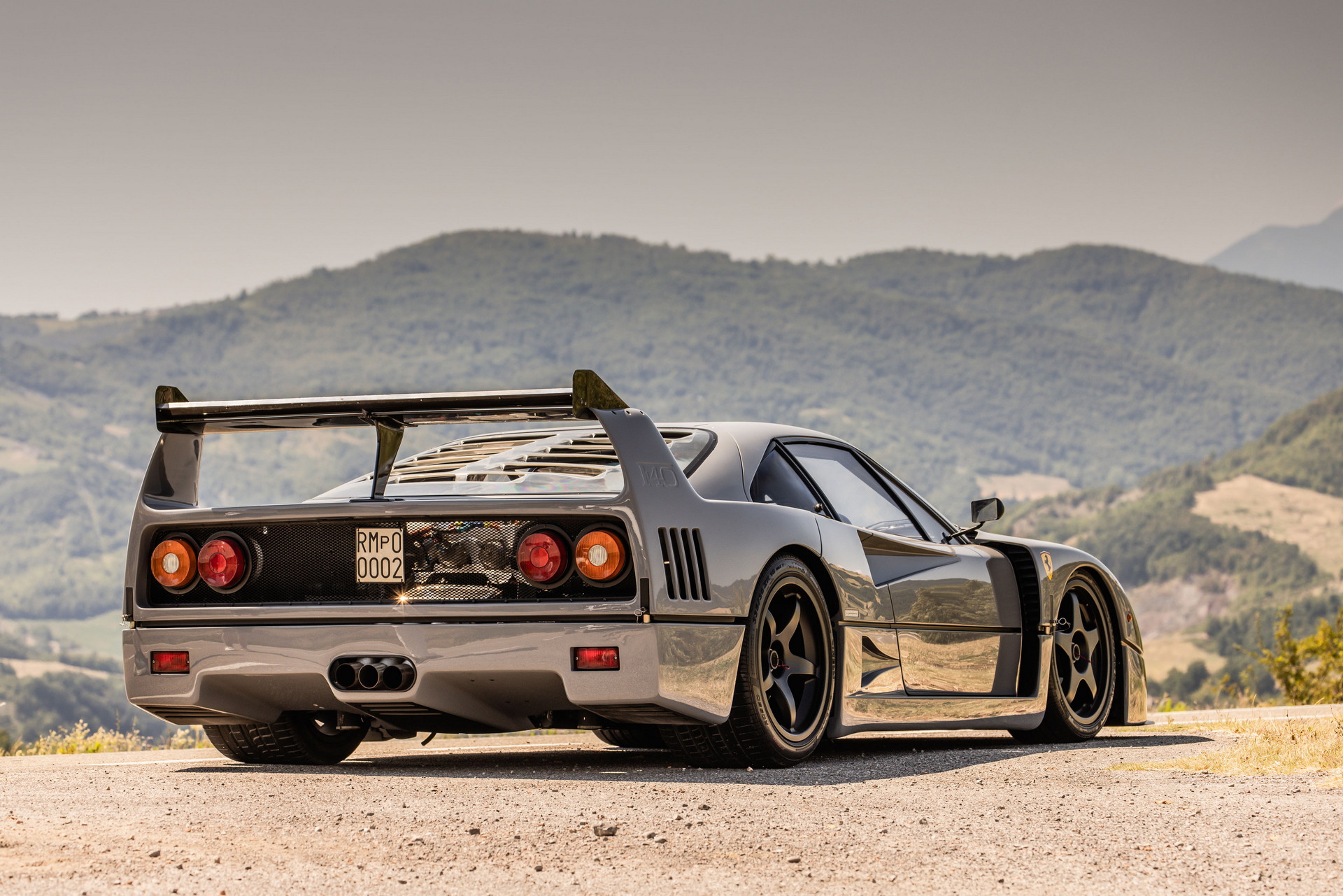 Once completed, the car was used in competition throughout the 1990 and all the way up until 2006 with various modifications taking place over the years. In 2019, this car had service completed that included crack-testing the suspension, fitting new fuel tanks, and installing a new fire extinguisher. Sometime after that its current owner acquired the car and sent it to Zanasi Group of Maranello.

That’s the same group that does all of the Extra Campionario (special order) paintwork for Ferrari itself including on models like the Tailor-Made editions and the Icona series cars. There, it was stripped down and fully repainted in the Grigio Nardo paint you see here.

It has a number of supporting racing modifications as well including racing seats, an upgraded carbon fiber spoiler, air jacks, a Stack instrumentation system, and more.
The car is up for sale privately through RM Sotheby’s and the price is available upon request. If you’ve ever wanted an F40 that sort of looks like it rolled out of a Fast and Furious movie, this is the one to get.