Don’t let it be too much of a downer but you might have forgotten that the CTS-V coupe is very likely the last non-electrified two-door that Cadillac will ever make. That alone makes it a special car but in a recent video Jay Leno takes a deeper dive into how it managed to revitalize the Cadillac brand. He even thinks that it’ll be a future performance collector’s car.

This particular car is a 2012 model with a six-speed manual transmission and Leno goes as far as to call it “basically a four-seater Corvette.” And he doesn’t waste any time explaining how the performance tweaks of the V, including its three-pedal version, helped Cadillac to change its image. Before the CTS-V, it was considered a luxury brand at best and an overweight and outdated brand at worst.

The entire CTS-V lineup including the original sedan and the rare but already desirable wagon changed that image by being, as Leno says, “lean and fast.” Of the three, Leno specifically wanted the coupe. And in this car, the supercharged V8 under the hood makes 556 hp (414 kW).

Read Also: 2012 Cadillac CTS-V Wagon Seems Like It Has Hardly Aged, Doesn’t It? 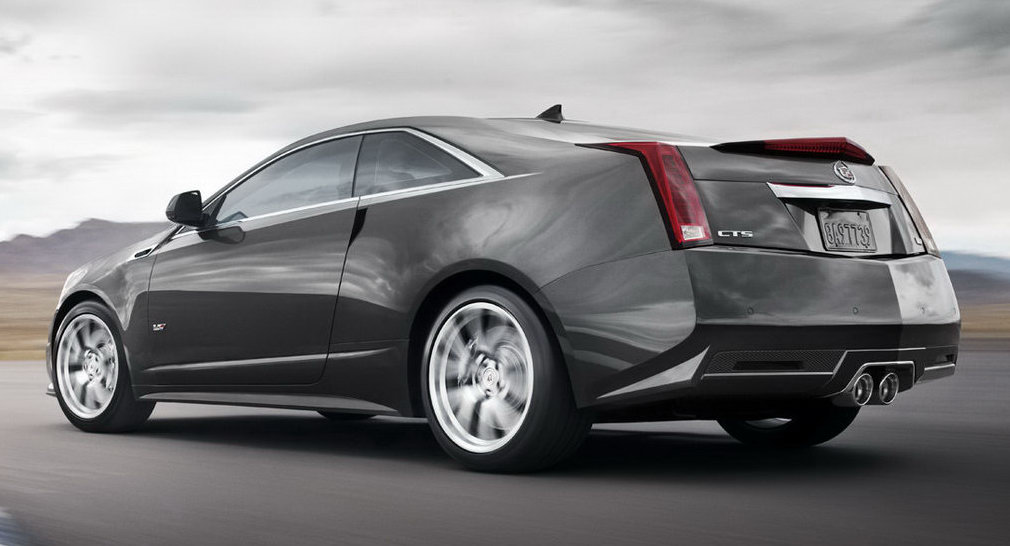 It’s not just power that makes this Cadillac special though. Leno lauds the clean design and says that the Recaro sport seats are some of the most comfortable he’s sat in. From what it sounds like, he must take it out with some regularity too because before he gets out of the garage he’s already put it into Competition mode.

“It handles really nicely… and that has not waned, ten years later I enjoy it just as much,” he says about it mid-way through the driving footage. Getting the entire package right is what makes the CTS-V so special though because that’s a rarity. Leno even goes so far as to say “I can’t fault this car in any way.”

Leno does have one complaint though: the wheels are too small, he says. When the tires finally get replaced on this car it sounds like slightly taller ones will be installed. That might happen sooner than later too because Leno nearly loses control after stabbing the throttle at one point in the film.

Tire issues aside, Leno says that he can highly recommend it. Values on the used car market could end up going up quite a bit over the years thanks to its special pedigree and its place in history.