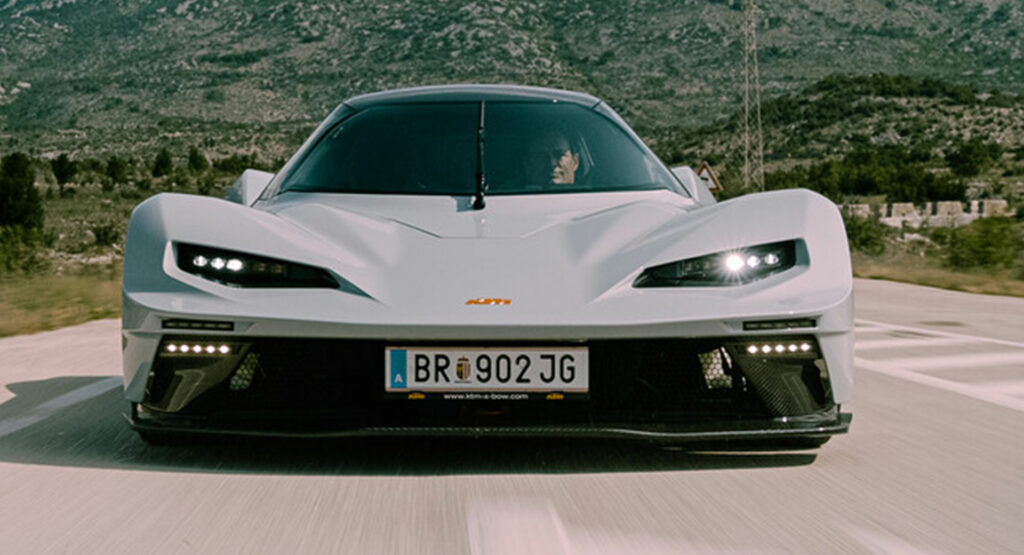 The ultimate road-going variant of the KTM X-Bow has been officially unveiled in the form of the GT-XR.

Teased and spied on a handful of occasions in recent weeks, the X-Bow GT-XR is very similar to the GTX and GT2 race cars that the Austrian company builds. It will set back owners a cool €284,900 (~$282,000) and just 100 examples are expected to be produced annually.

Underpinning the X-Bow GT-XR is a carbon fiber monocoque and a high-strength tubular steel frame that contributes to the car’s 1,130 kg dry weight. While KTM could have been excused for equipping the car with an engine producing no more than 300 hp, it has instead opted for an Audi-derived 2.5-liter turbocharged five-cylinder that is good for 500 hp at 6,350 rpm and 581 Nm of torque at 5,550 rpm. Coupled to this engine is a seven-speed dual-clutch transmission that sends its power through the rear wheels thanks to a limited-slip differential. 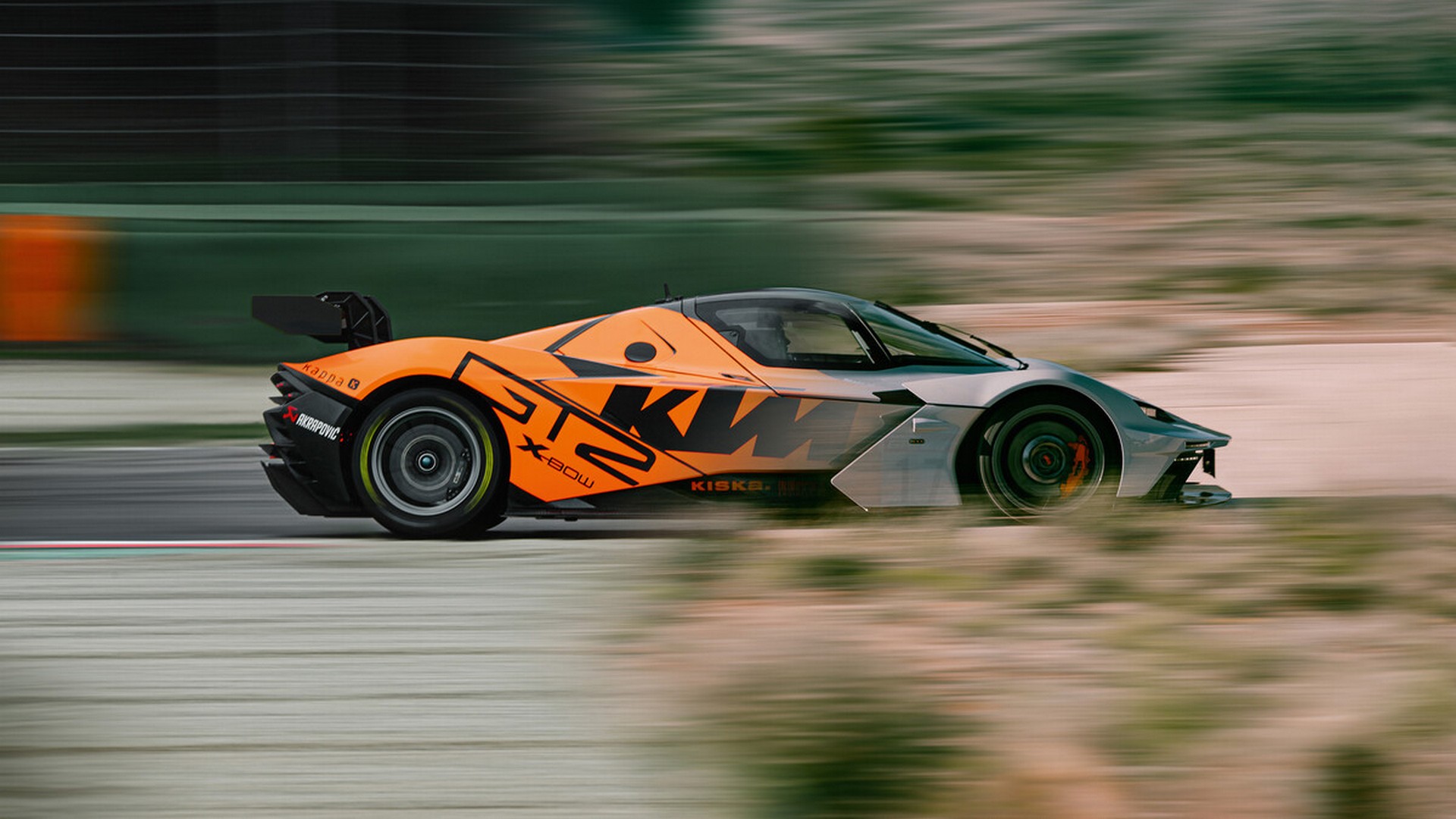 While maximizing on-track performance was obviously a priority for KTM when developing the X-Bow GT-XR, it says it is “perfect as a daily driver” thanks to the large 96-liter fuel tank, electrically-assisted progressive power steering, and the option of a 3.5-inch (9 cm) hydraulic lift system.

Downforce figures have been announced. However, KTM notes that in addition to the obvious downforce-generation components like the massive rear wing, rear diffuser, and front splitter, the X-Bow GT-XR also features a floor section designed to maximize ground effect thanks to vortices generated by the front splitter and routed around the floor, create a seal of air beneath the car. 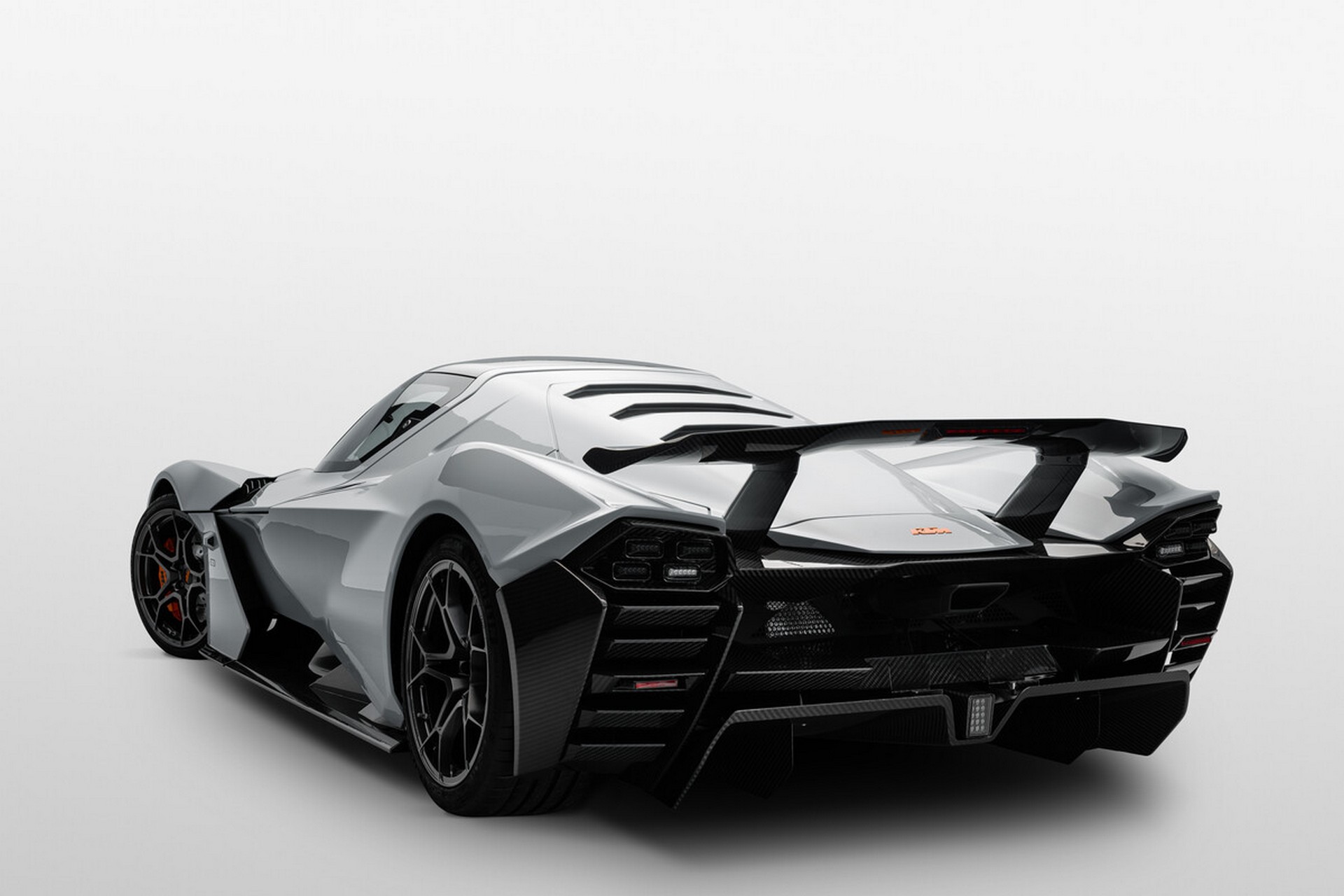 Braking comes courtesy of lightweight, fixed monoblock eight-piston calipers and steel rotors. Customers seeking the ultimate in performance can opt for ceramic brakes. The car’s suspension has been sourced from Sachs and center-locking wheels are an optional extra.

Found in the cabin of the X-Bow GT-XR is a removable carbon fiber steering wheel that houses the digital gauge cluster, an adjustable pedal box, an optional rear-view camera system, a Bluetooth audio system, LED lighting, air conditioning, and even a small glovebox. 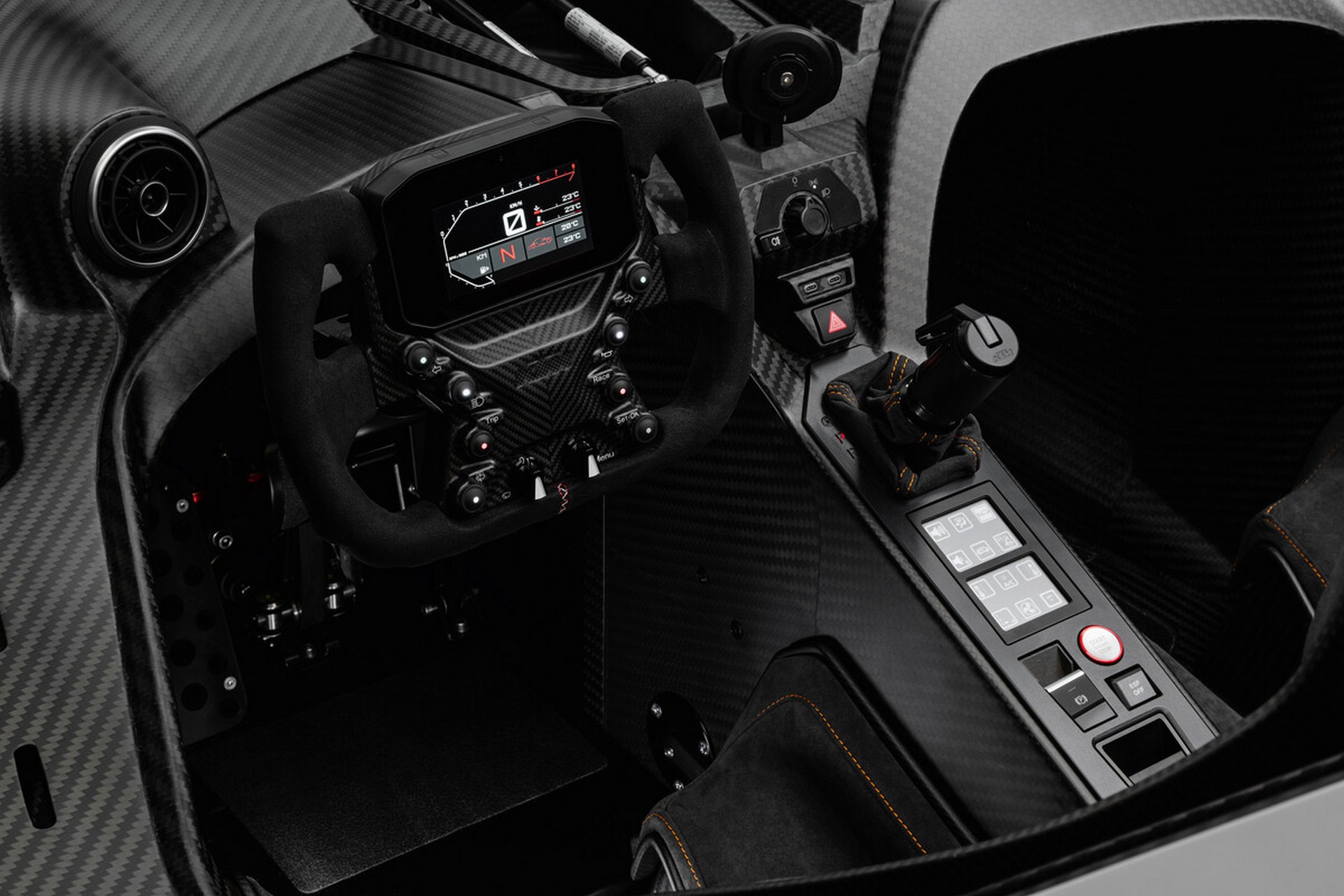