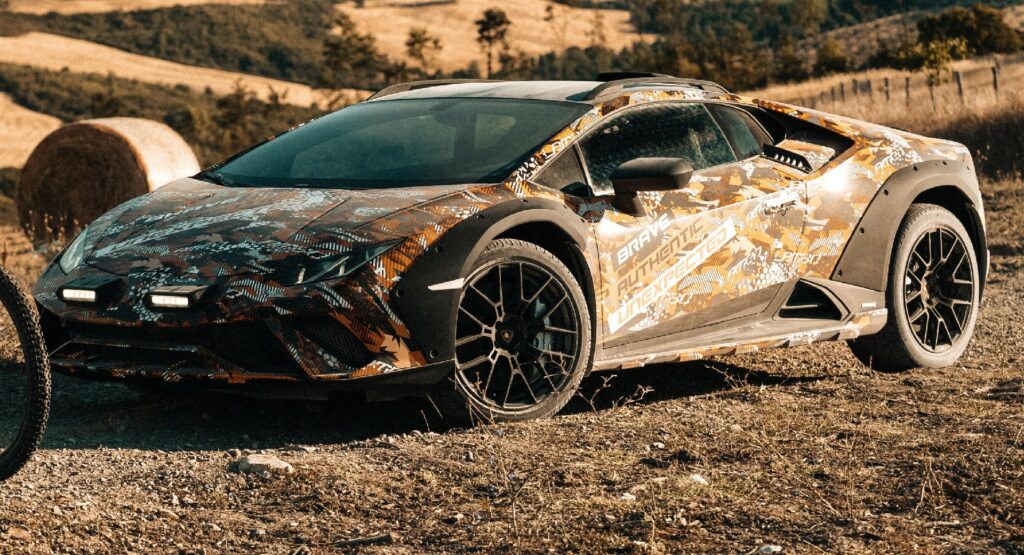 The Lamborghini Huracan is moving fast towards the end of its lifecycle but before it gives way to a plug-in hybrid successor there is one more variant waiting to be introduced. The Huracan Sterrato, set to become the first rally-prepped Lamborghini supercar, was teased for the first time, showing its off-road prowess in the official video titled “Beyond the Concrete”.

The production version of the 2019 Huracan Sterrato concept is covered in a camouflage wrap, but the “Brave, Authentic, Unexpected” livery can’t hide the redesigned bodykit. The teaser all but confirms the leaked photo from last April, which showed the off-road supercar totally undisguised. We also get an official confirmation of the Sterrato name, as it is printed on the rear plates of the prototype.

See Also: Watch And Hear The Lamborghini Huracan Tecnica Unleashing Its Power On The Streets

The Sterrato stays true to the concept, with unpainted bolt-on fender add-ons, skid plates, extra LEDs mounted on the front bumper, roof rails, slightly redesigned intakes, a new diffuser and a large scoop sitting on the engine cover for extra cooling. The 20-inch alloy wheels are shod in chunky tires, while the tweaked suspension is offering a higher-than-usual ground clearance as hinted at by our numerous spy shots.

All those changes allow the mid-engined bull to be driven off the beaten track, although we would be extra careful with the less-than-ideal approach angle of the supercar body. Still, we guess that the Sterrato would be OK for light offroading on gravel roads, as long as the owner is not too anxious about rock chips on the paint. Hopefully Lamborghini will have added some underbody protection to its rugged Huracan. 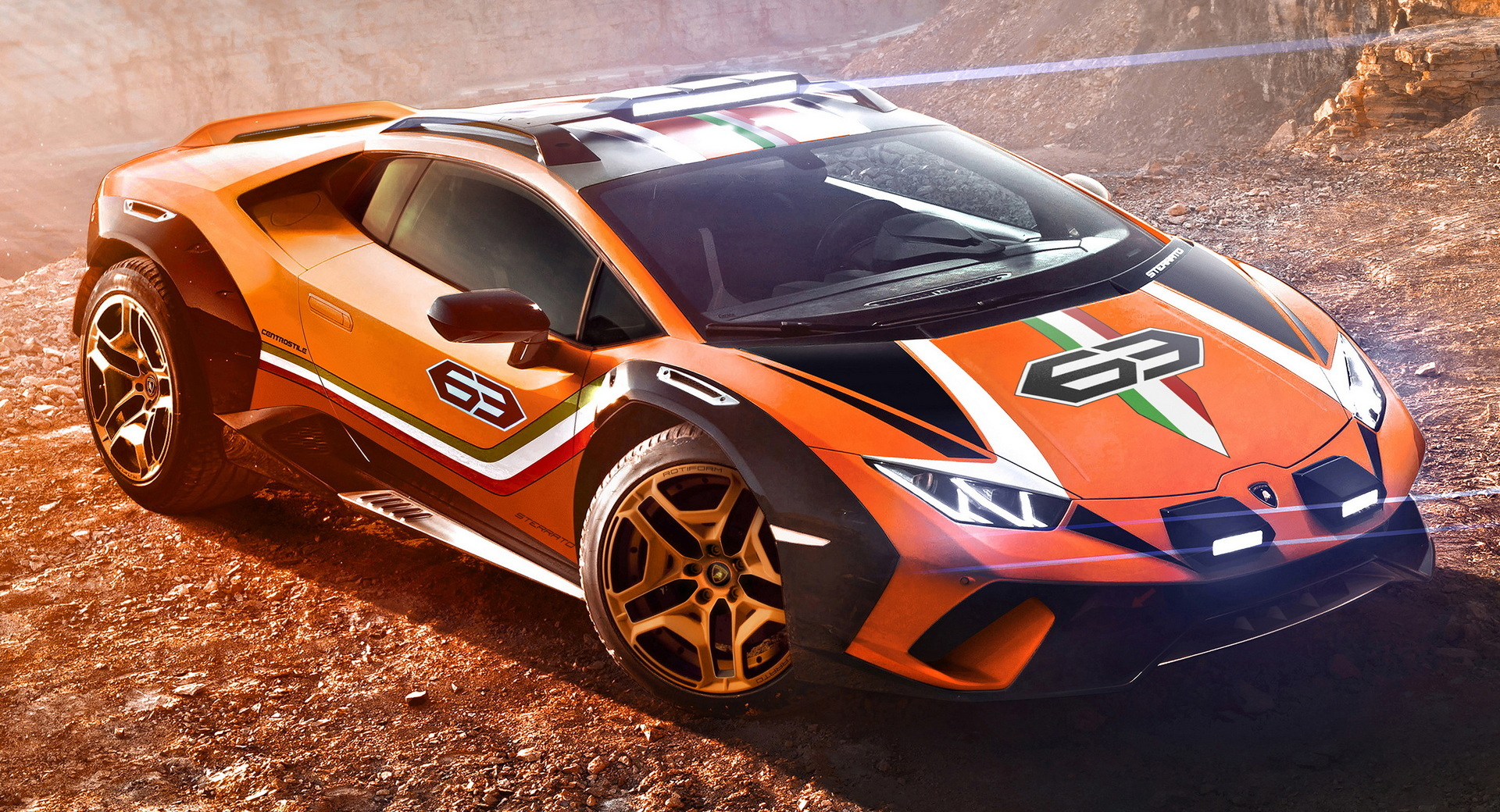 The automaker hasn’t provided any details about the powertrain, but we expect the non-electrified, naturally aspirated 5.2-liter V10 to make its last appearance. The mill produces 602 (449 hp / 610 PS) in the Evo RWD, and 631 hp (471 kW / 640 PS) in the Evo AWD, the Tecnica, and the STO. The latter is a more plausible scenario for the Sterrato, most likely combined with all-wheel-drive.

Lamborghini is expected to unveil the Sterrato sometime in the coming months, possibly at the 2022 Paris Motor Show in October – if the Sant’Agata company decides to join the event. This will be the last hurrah for the Huracan, which will give way to a plug-in hybrid successor set to arrive in 2024.