The first half of 2022 was the best six months in Lamborghini’s history in terms of sales, turnover, and profitability, with the Sant’Agata factory delivering a total of 5,090 units. As part of the financial results press release, Lamborghini also confirmed three new model announcements for this year – the Huracán Sterrato, plus two more launches related to the Urus.

See Also: Get Another Look At The Lamborghini Aventador’s Hybrid Successor In Latest Spy Shots

The 5,090 deliveries so far in 2022 represent a subtle 4.9 percent increase over the same period last year. The biggest market for Lamborghini remains the EMEA (Europe, Middle East, Africa) region with 41 percent of the total volume, followed by America with 34 percent, and Asia-Pacific with 25 percent. In terms of countries, the United States retains the top spot (1,521 units), followed by China (576), Germany (468), the UK (440), and the Middle East (282).

Predictably, the Urus retains its position as the most popular Lamborghini model accounting for a massive 61 percent of the overall sales despite the fact that it will be facelifted soon. The Huracan and the Aventador supercars – both at the end of their lifecycle – accounted for the remaining 39 percent. Stephan Winkelmann, CEO of Automobili Lamborghini said: “We have come to the end of an exceptional first half of the year, despite ongoing uncertainty caused by the geopolitical situation. The outlook is equally positive, with orders taken already covering the whole of 2023 production.” 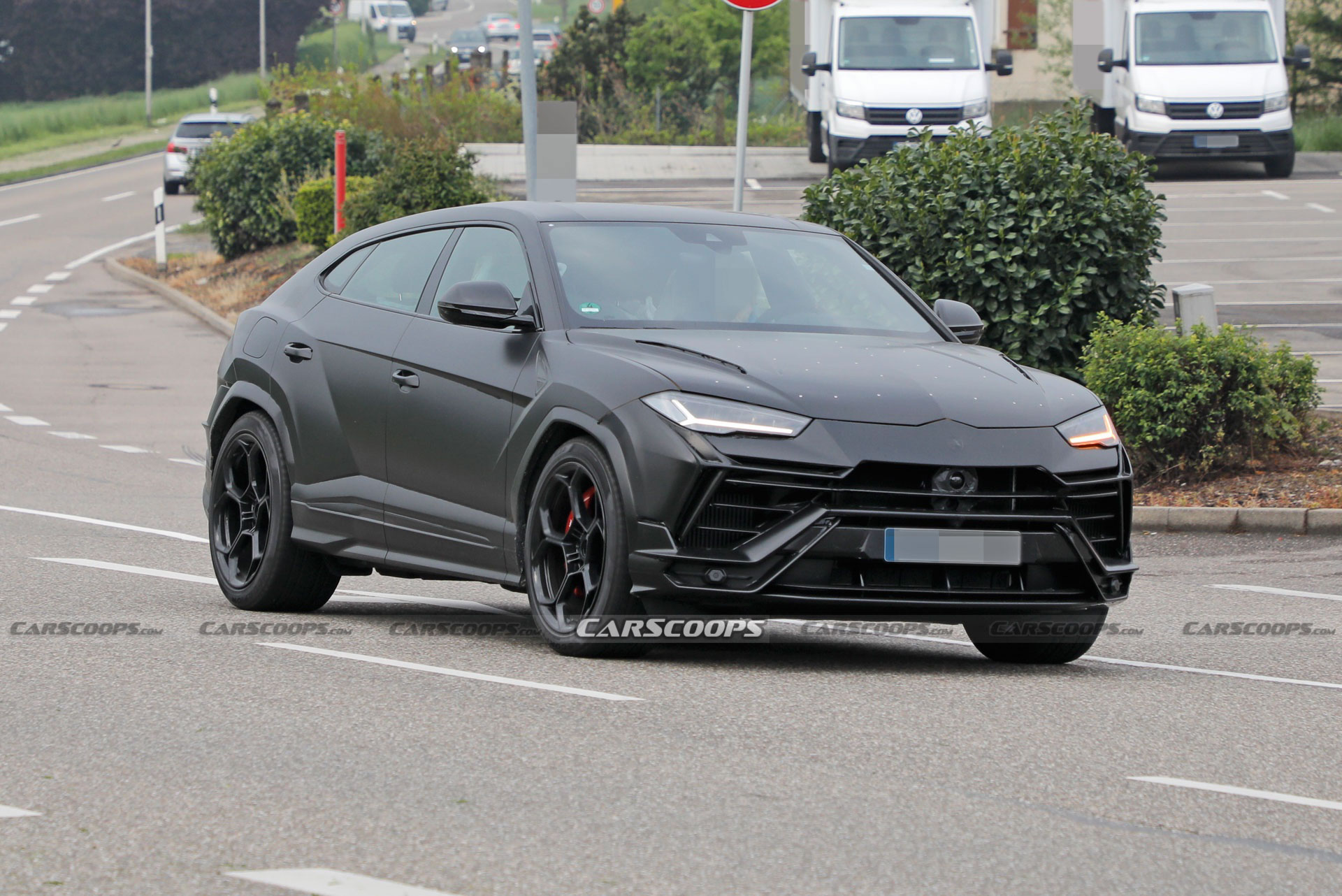 As for the upcoming debuts, Lamborghini said that the first one will take place in August, and the other two before the end of the year. The Huracán Sterrato has already appeared in a teaser video as a jacked-up version of the V10-powered supercar and the last hurrah for the Huracan’s nine-year lifecycle.

As for the Urus-related announcements, the company was coy on details. However, from spy shots and reports, we know that Lamborghini is working on a facelifted Urus – likely to receive the Evo nameplate. We have also spied a plug-in hybrid Urus which could arrive in 2024.

The other two announcements for this month will be related to the Urus SUV. Lamborghini didn’t go into details, but from spy shots and reports we are guessing the new models could be a hotter variant of the Urus as part of a mid-life facelift for 2023. Among the camouflaged prototypes we have seen a hotter Urus variant – could be dubbed the Urus Performante – incorporating styling traits from the Huracan Tecnica. Finally, there is also the much-anticipated plug-in hybrid derivative of the SUV set to arrive in 2023 together with the electrified successor of the Aventador which was not mentioned in this press release.