What does a Japanese V10-powered supercar have in common with a Russian off-roader? The only answer to that question besides the fact that they are both classified as vehicles is that they occupy the two top spots on the list of the most searched for rare cars for purchase in the UK, at least according to recent findings.

A recent study by Confused looked at the number of annual Google searches in relation to the number of vehicles that are registered in the UK. The number one spot is occupied by the Lexus LFA which despite being phased out in 2012 without an immediate successor, still gets 42,920 annual searches in the UK. Currently, there are only three examples of the LFA registered in the UK out of the 500 originally built by Lexus. This means that an average of 14,307 searches account for every model in existence in this specific market.

Also Read: Used Car Prices Rise For The 29th Consecutive Month In The UK With No Signs Of Slowing Down 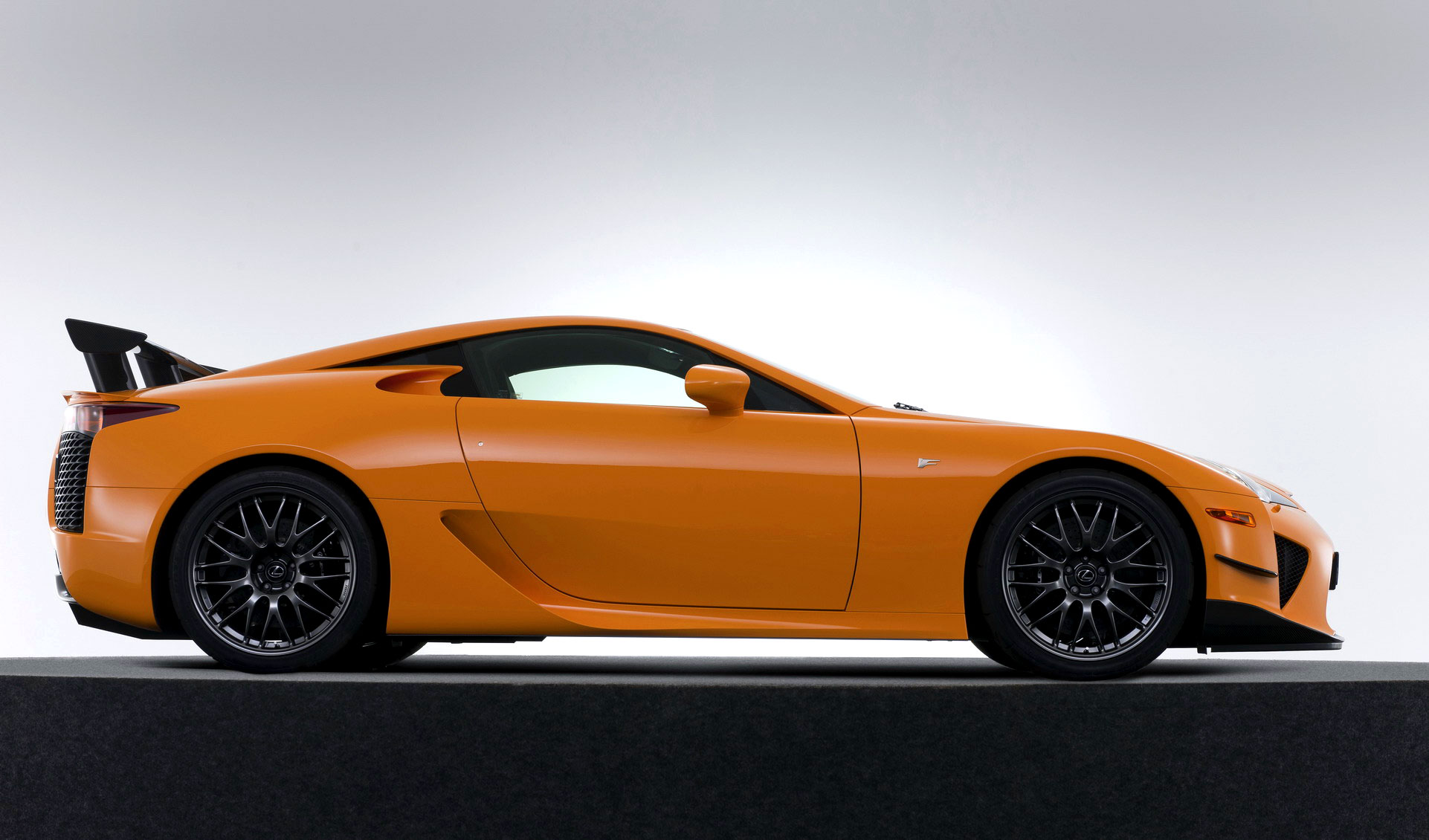 While one might guess that the high-revving V10-powered Lexus would remain sought after in today’s market where its value keeps on rising, the second spot is occupied by a radically different type of vehicle.

We are talking about the immortal Lada Niva, first introduced back in 1977, which proves to retain its popularity, at least when it comes to online searches for purchase. People in the UK searched for the affordable off-roader a total of 25,100 times last year. While Lada has sold more than 3 million units of all different versions of the classic Niva since its debut, only 51 units are currently registered in the UK, classifying it as a rarity. 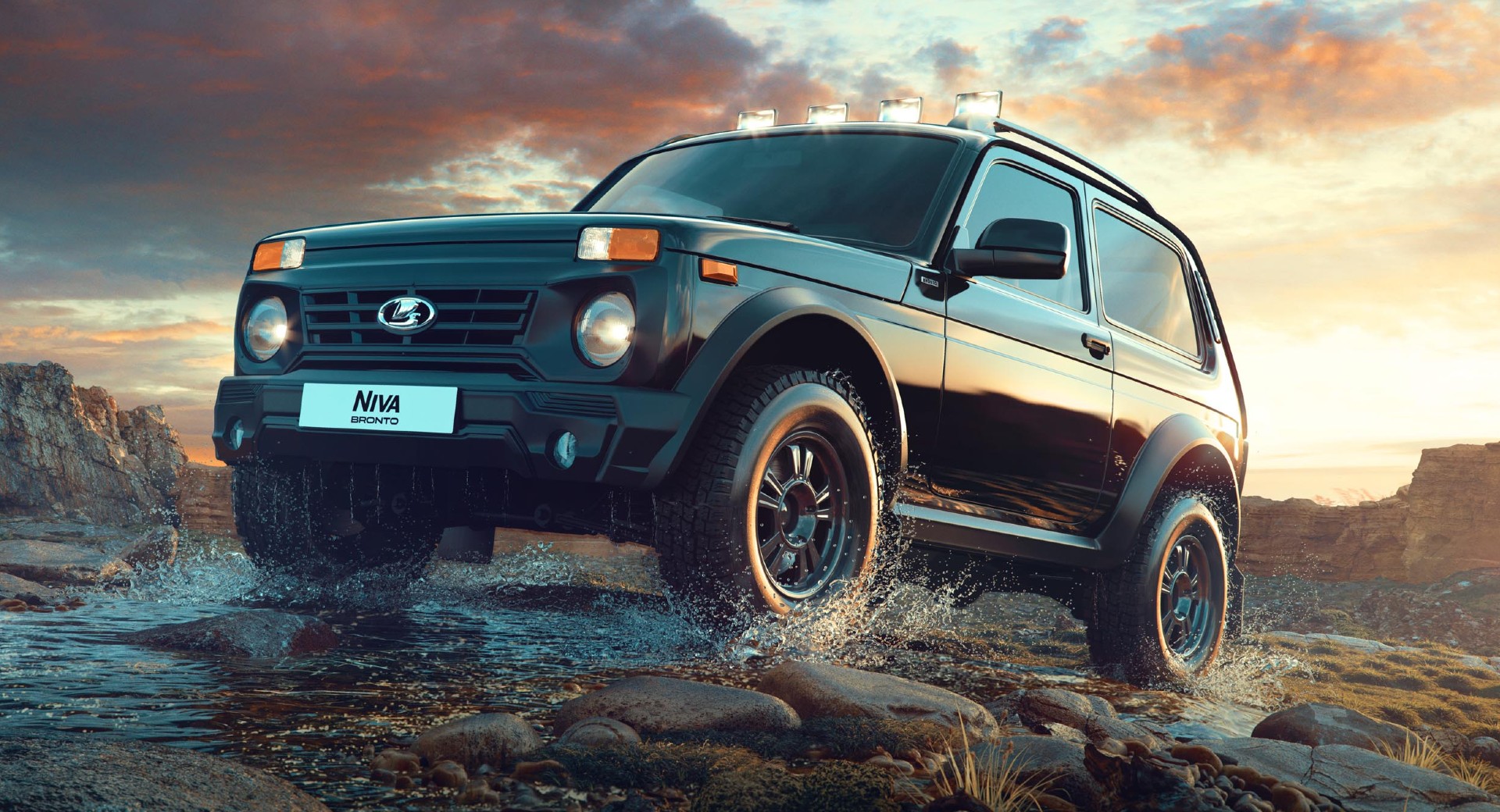 Another cool rarity is following in the third place, but this one is a lot more recent. The Kia Stinger – introduced in 2017 – was searched for 24,660 times last year, making it a close call. Interestingly, there are only 46 Stingers registered on UK roads, making it an even rarer sight. 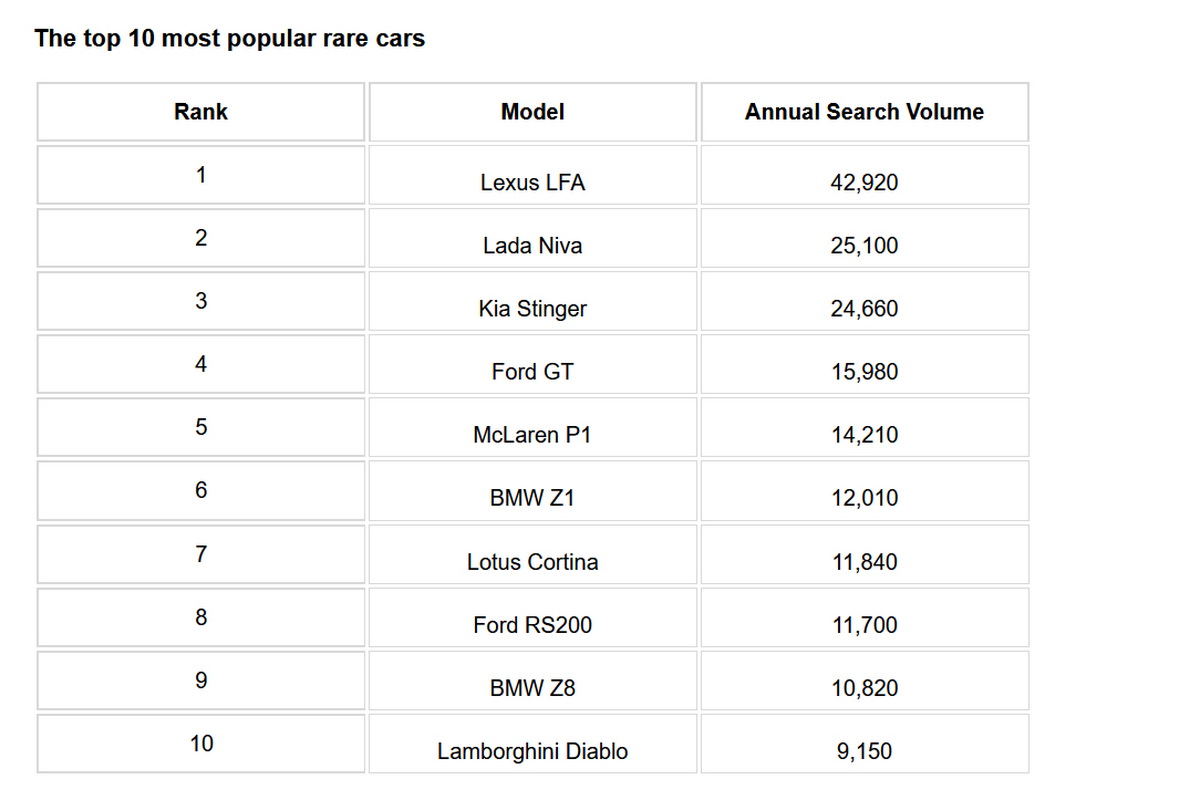 The study also listed the most sought-after supercars, with the Lexus LFA claiming the victory again. In this list, the second place is occupied by the McLaren P1, with more than 14,210 searches for purchase and only 4 examples registered in the UK. Then comes the ultra-limited Lamborghini Centenario (2,180 annual searches) and the exotic Enzo-based Maserati MC12 (1,980 annual searches), while only one example of each is registered in the UK. 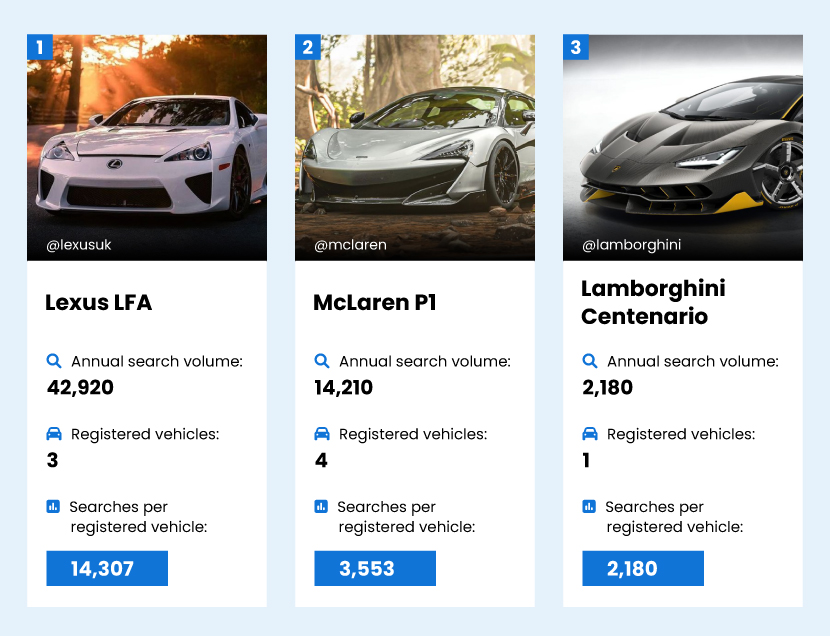