The long-awaited Ferrari Purosangue is inching closer to its market launch and a particularly revealing prototype has been spied testing in Maranello.

The Italian car manufacturer has been filmed testing a plethora of test mules and prototypes in recent months. Many of these have borrowed components from the Maserati Levante and have looked a little odd. However, one prototype that was recently snapped by Varryx in Maranello is particularly revealing and beneath the camouflage, appears to sport the final production-ready bodywork.

Watch Also: Hear The Ferrari Purosangue And Its V12 For The Very First Time

A teaser published by Ferrari of the Purosangue back in March provided us with our first official look at its front fascia while a pretty revealing leak did the rest. Immediately catching the eye are the sharp LED headlights, similar in shape to those of the SF90 Stradale, albeit on a slightly smaller scale. This teaser also revealed that the Purosangue will have a large front grille and pronounced air intakes, vital in cooling its powertrain. 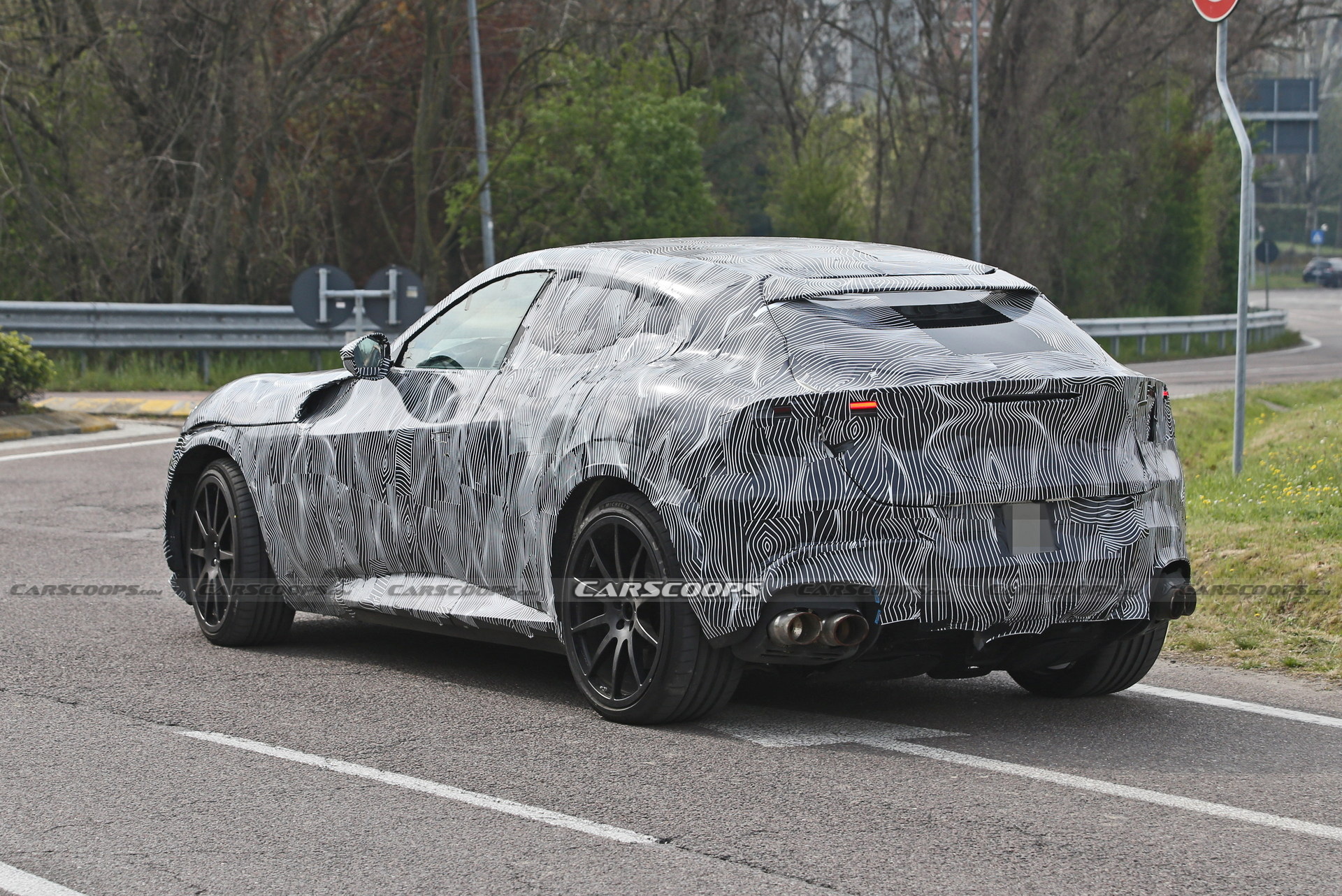 While the prototype featured in this clip has less camouflage than any other we’ve seen in the past, it’s not the most exposed that we have seen the Italian SUV. Indeed, photos emerged of an utterly undisguised prototype at Ferrari’s factory back in February, revealing a rear end that will be equally as striking as the front thanks to slim and aggressive LED taillights, a bold black diffuser, and the traditional quad tailpipes that you’d expect from a Ferrari.

Ferrari has remained relatively tight-lipped about the Purosangue up until this point but we do know that it will launch with a naturally-aspirated V12 engine. Specifications about this engine remain uncertain but it is tipped to be the same 6.5-liter unit as the 812 Superfast, an engine that can be tuned to produce well over 800 hp. A handful of other powertrains are expected, potentially including the same 2.9-liter twin-turbocharged V6 hybrid system as the 296 GTB which itself delivers 819 hp.