Ride hail company Lyft and Hyundai’s mobility subsidiary, Motional, announced today that people in Las Vegas will now be able to embark on driverless rides throughout the city.

The rides will be delivered in a version of the Ioniq 5 designed specifically for autonomous driving. The Level 4 autonomous vehicle will, at first, have two operators in the front seat to take over in the event that something goes wrong. The companies plan to remove the operators from the vehicle next year, though.

“Riders in Las Vegas can now experience Motional’s Ioniq 5 AV that will make that service a reality,” said Karl Iagnemma, president and CEO of Motional. “Through our strategic partnership with Hyundai, the Ioniq 5 AV is fully customized for driverless ride-hail operation, while maintaining the vehicle’s award-winning comfort and design.”

Motional says that it and Lyft have already offered more than 100,000 autonomous rides across Las Vegas using test vehicles. That experience has helped them develop not just the Ioniq 5‘s driving software, but also helped them design a user experience that’s simple and intuitive.

The Ioniq 5 has screens behind both front seats that offer riders information on where they are, where they’re going, and when the vehicle will arrive at the destination they chose. The screen also allows the rider to pick exactly when they’d like to start their trip, giving them time to get settled, and allows them to unlock the doors. Most functions can also be controlled through the Lyft app on a rider’s smart device.

“Launching Motional’s all-electric Ioniq 5 on Lyft’s network in Las Vegas represents tremendous progress in our vision to make an electric, autonomous, and shared future a reality for people everywhere,” said Logan Green, Lyft’s CEO and co-founder. “Building an experience that Lyft riders love is core to advancing this technology, and today’s launch provides riders access to Motional’s autonomous technology in a way that will feel seamless, familiar, and personalized, all on a network they already trust.”

Motional and Lyft started working together in 2018 and announced last year this project featuring the Ioniq 5. The retro-futuristic EV is already engaged as a robotaxi in Hyundai’s home country of South Korea. There, the vehicles delivered their first level 4 autonomous rides in Seoul in June. 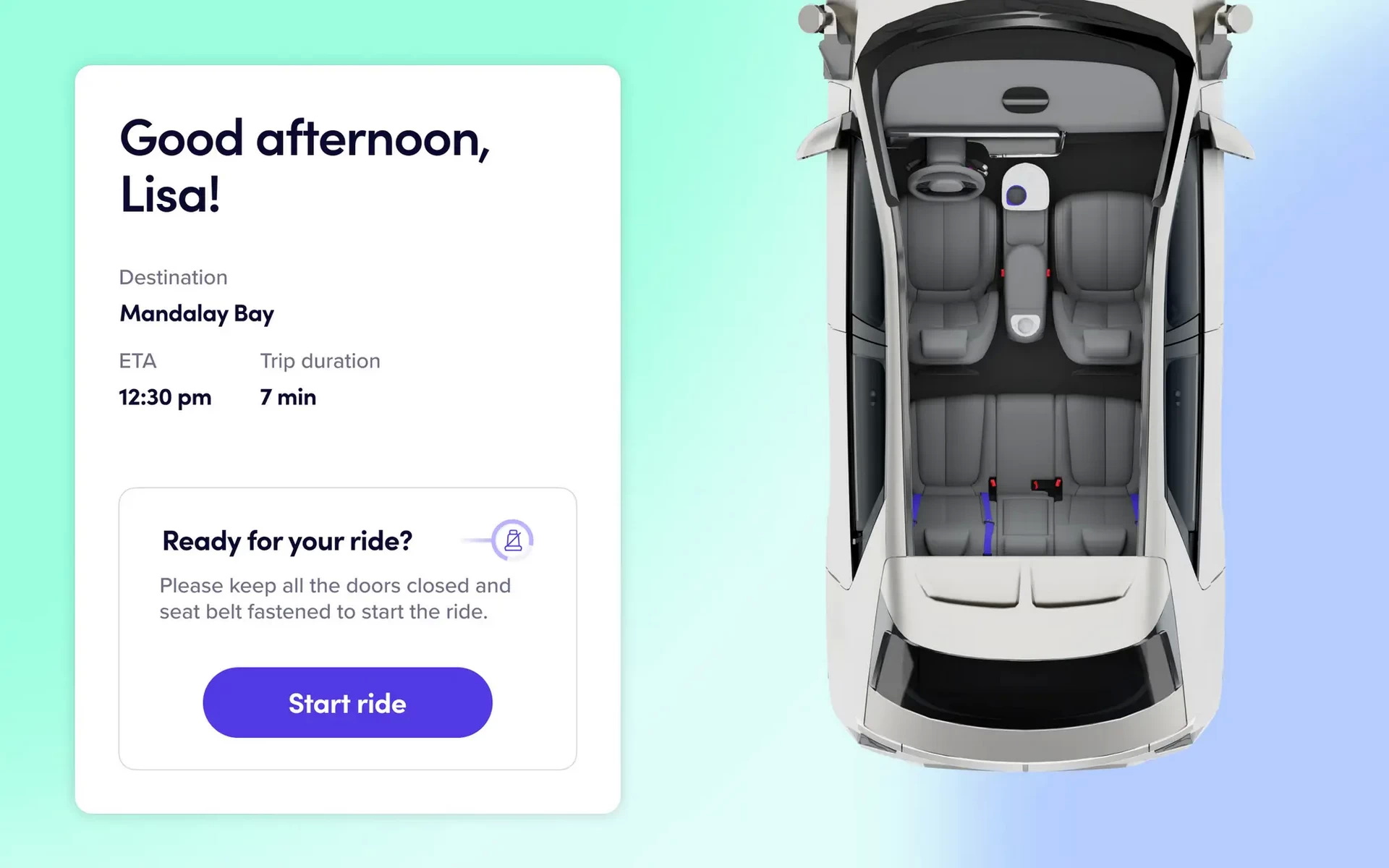