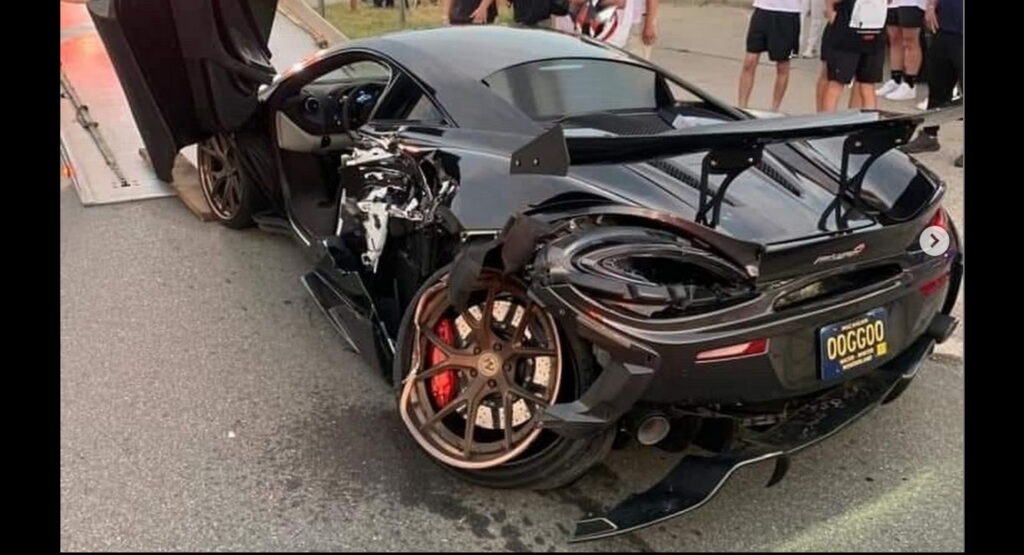 Sometimes, you’re at an intersection waiting to turn left, and you think, “I could probably make it.” You might not try next time you’re in that situation after seeing this new video of supercar carnage that reportedly happened in Birmingham, Michigan on the 14 Mile road.

Posted to Instagram by Supercar.fails, the video shows an SUV turning left and running into (what appears to be) a 500 series McLaren (540C, 570S, etc.) with an aftermarket wing. The collision sends the McLaren spinning and completing a surprisingly graceful 360.

Impressively, despite the accident, the driver still appears to have his wits about him enough to try to steer away from the curb, which might do more damage. That particular piece of curb rash seems unlikely to have mattered one way or another, though, because shots of the car after the accident reveal some pretty significant damage to the left side of the car’s rear end.

Fortunately, no injuries were reported as a result of this crash. Although it’s hard to know for sure without more context, it seems like the McLaren might not have been behaving irresponsibly here.

Based on the fact that the other cars waiting at the light appear to start moving, it seems like the supercar might have been approaching this set of lights just as it turned green. That could have caught the left-turning vehicle, which must have assumed it had enough time to complete its turn, by surprise. From this grainy footage, though, it doesn’t seem like the McLaren was driving particularly quickly, it just happened to catch the lights right.

Regardless of who’s at fault, though, I can only assume that the evenings of both drivers involved in this accident worsened significantly at this point. I’d hate to have to be the one who makes the call to the SUV driver’s insurance provider.