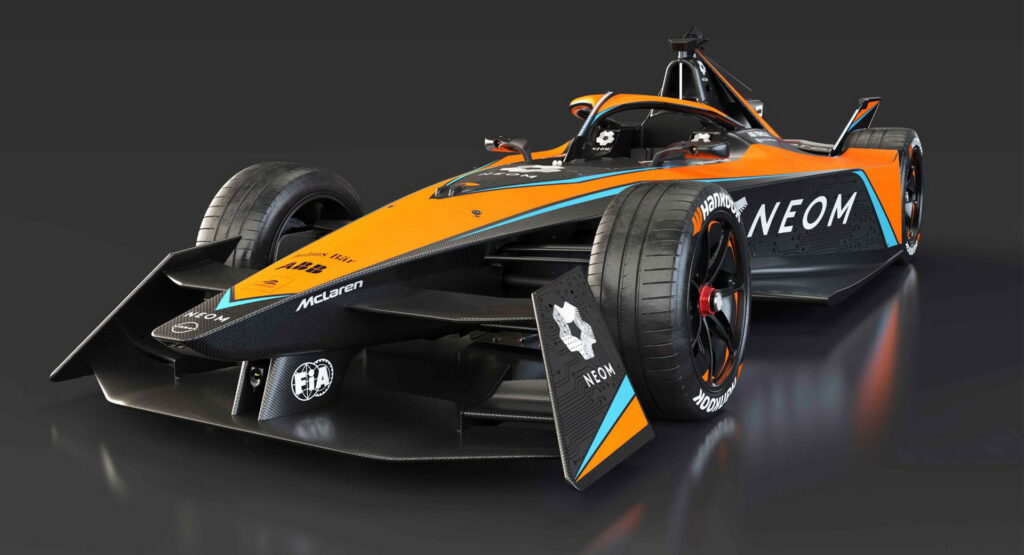 McLaren, whose entry into Formula E has been talked about for quite some time, have just unveiled the livery for their first-ever car in the electric single-seater racing series.

The team will be entering in 2023 for the start of the Gen3 regulations, and with that comes an all-new car. Compared to its predecessor, the angular, fighter jet-like machine boasts an extra motor, 132 lb (60 kg) less weight, 134 more hp (136 PS / 100 kW), and a 26 mph (40 km/h) higher top speed. And on top of that, due to the sheer strength of its new regenerative braking system, it actually features no traditional rear brakes at all. 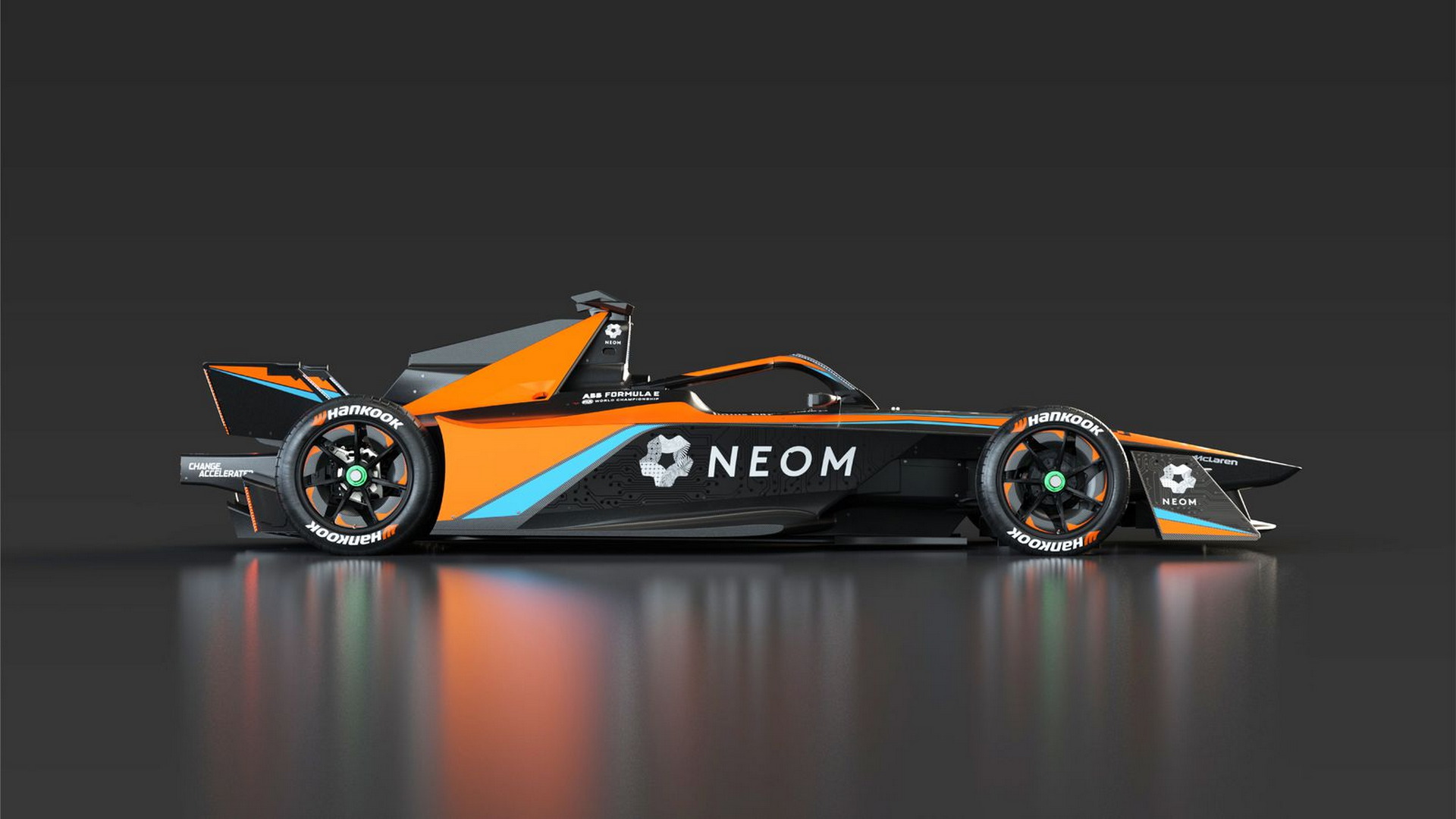 McLaren’s car, which has yet to be given a name, will use powertrains supplied by Nissan. It also wears the team’s new color scheme, with their signature Papaya Orange as the main color, accented by the new lighter blue and finished off with black textured with a circuit board pattern.

We’d argue that this livery actually looks better than the one on their Formula 1 car, the MCL36. While the MCL36 might have more orange than this one, it doesn’t really look like it knows what color it wants to be. The Formula E livery, on the other hand, is much more balanced, and it’s much easier to work out what the primary colors of the design are. The orange accents on the wheel covers are also a nice touch.

What do you think of the car? Let us know in the comments.