The team behind the McMurty Speirling will attempt an outright course record at the Goodwood Festival of Speed next week, and they’ve enlisted some handy drivers to help them do it.

Ex-F1 and Indy star, Alex Chilton, and British Hillclimb ace Alex Summers will be sharing driving duties at Goodwood, a year on from the Speirling making its global debut at the same event. The crew is aiming to beat the Volkswagen ID.R, which set a time of 41.18 seconds with Romain Dumas at the wheel in 2019, breaking the 41.6-second time set by Nick Heidfeld in a McLaren F1 car way back in 1999.

The Speirling, which Top Gear aptly described as looking like a mini Batmobile, is a single-seater EV with an insane amount of suck thanks to two fans that draw air from underneath the floor.

How much does it suck? Try 2,000 kg (4,409 lbs) following a recent upgrade, and no, you don’t have to be traveling at warp speed to generate it. That downforce is available from zero mph. McMurty says that means the Speirling generates more downforce than an F1 racer up to 150 mph (240 km/h) and does it while generating significantly less drag.

Related: Polestar 5 Prototype To Debut At Goodwood Festival Of Speed 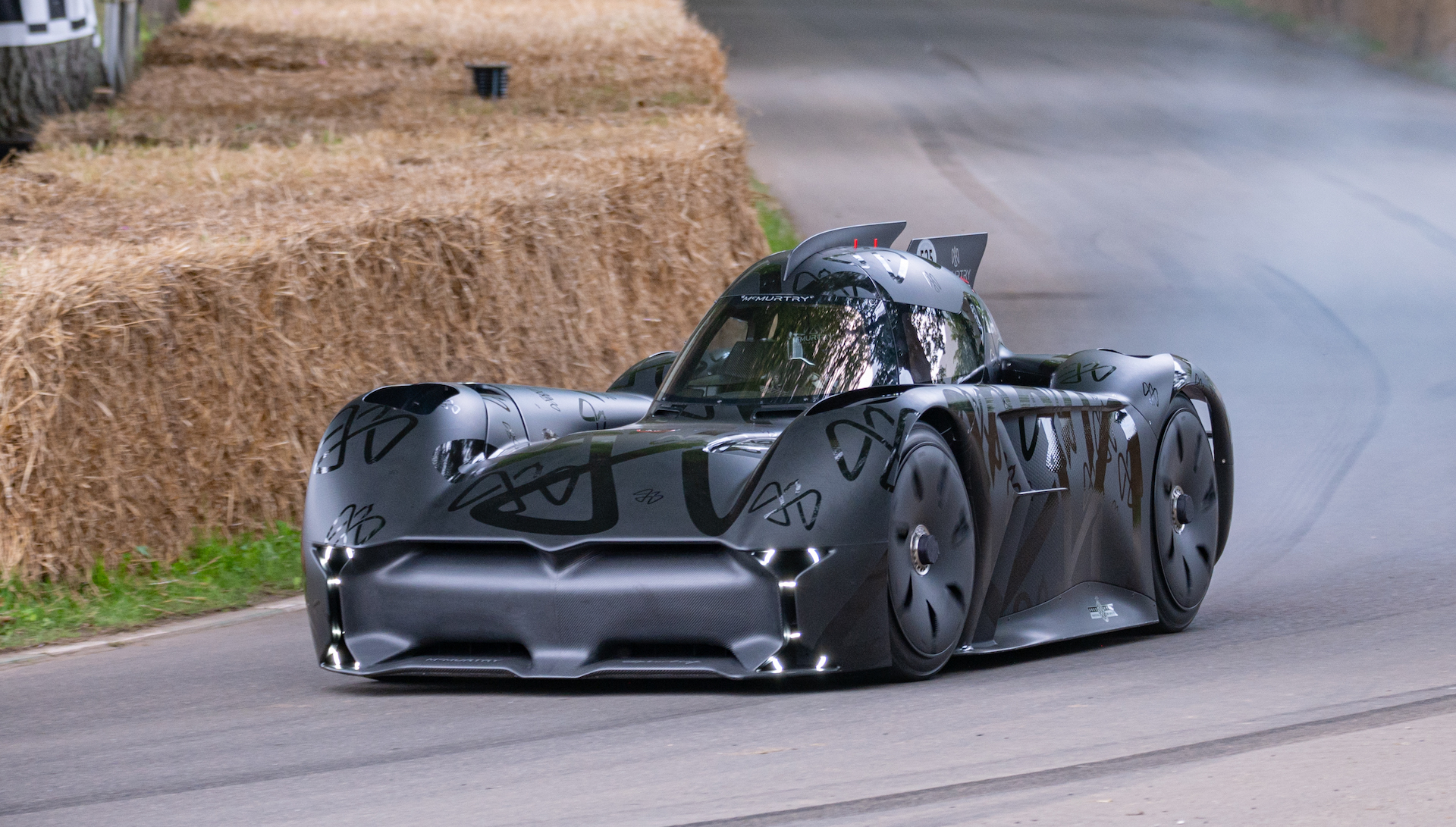 The Speirling features a bespoke carbon fiber monocoque chassis, active ride height suspension, an 800 V battery, and a dual motor setup driving the rear wheels. It’s incredibly small, measuring just 126 inches (3.2 meters) in length, and 59.1 inches (1.5 meters) across, which helps McMurty limit curb weight to less than 2,200 lbs (1,000 kg). The company hasn’t released power and weight figures but does say it has an incredibly strong power-to-weight ratio of 1,000 bhp (1,014 PS) per tonne, which equates to 2.2 lbs per horsepower.

It can scoot from zero to 60 mph (97 km/h) in 1.5 seconds, but the top speed is limited to 150 mph (240 km/h) by its transmission. And although it’s an EV, it definitely isn’t quiet, like most EVs. Those fans generate 100 dB of drive-by sound, which is only one reason why the Speirling, which was designed from the ground up as a track car, won’t be hitting the public road any time soon.