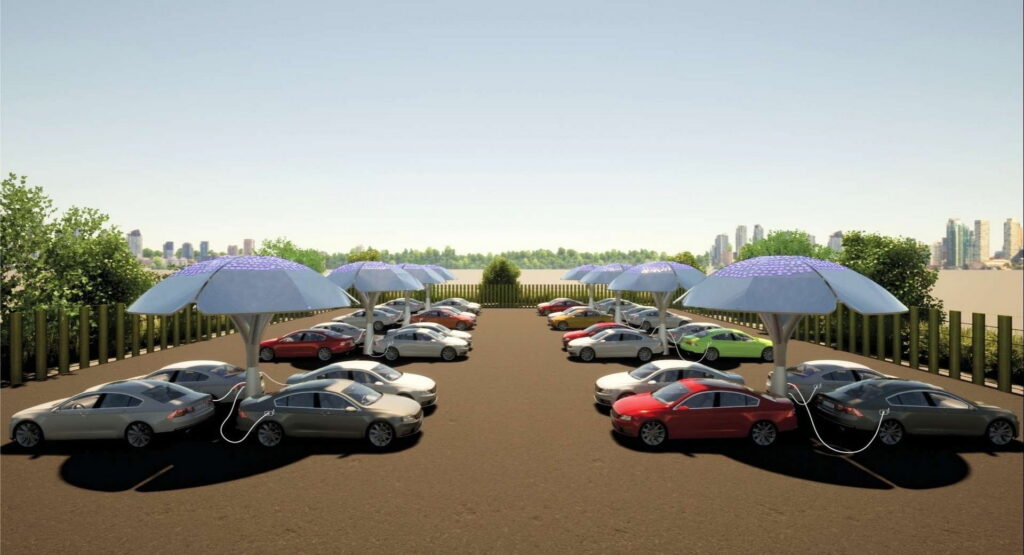 SolarBotanic Trees today announced that its arbor-shaped solar chargers will be available in early 2023. Capable of being installed in a parking lot, a city center, or near a home, the “solar tree” is capable of delivering fast-charging services for electric vehicles.

Intended as a way to introduce solar panels to public spaces in an aesthetically-pleasing way, the units are designed to look like a tree. While I think they look more like a parasol, their panels are pretty leaf-like and are covered in thin film solar cells.

These, the company says, give the tree a power generation capacity of 5 kW. It says that, over the course of a day, a single “tree” is capable of powering an entire three-bedroom house. That’s also enough to charge electric vehicles and, since it’s hooked up to a battery management system, it can also collect energy all day and charge a car overnight.

The solar tree can also be hooked up to the larger power grid to sell energy back into the system when it’s not needed. The batteries can also be topped up with power from the grid during off-peak hours to be expended later, when it is needed.

Naturally scalable, SolarBotanic suggests that it’s also ideal for parking lots, city centers, and other areas, where little forests of solar trees can be installed to provide shade and electricity for many people.

First conceived in 2017, the product was developed with help from the Brunel University London, as well as other industrial partners. Along with the commercial launch next year, the company is also working on an AI-based energy management system to help optimize energy use and form part of a city’s local power grid.

Just one of the solar-powered vehicle chargers coming soon, the solar tree may be the prettiest, and it will be interesting to see if it can take on the larger, more rectangular options on the market today. 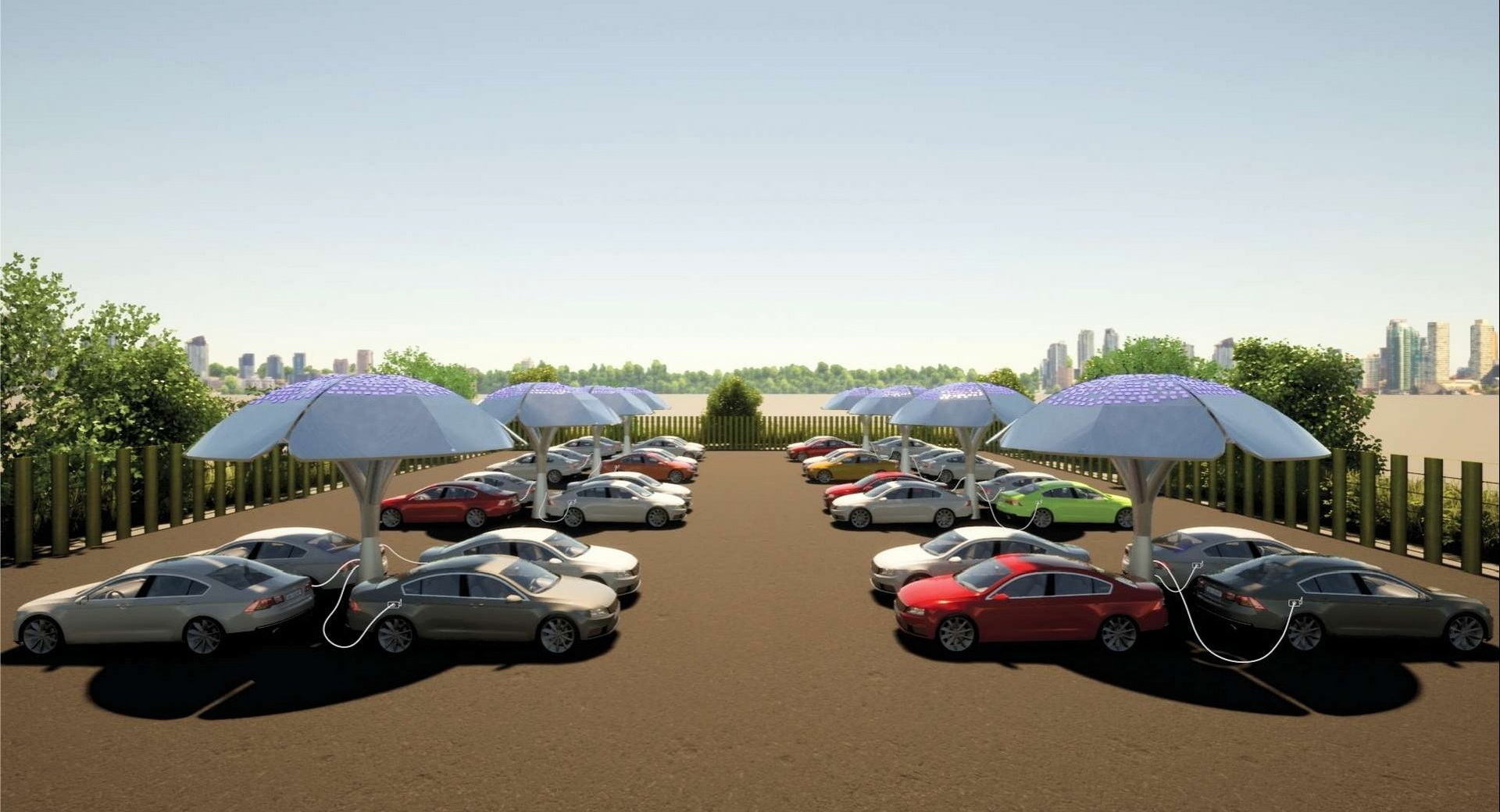 Share
Facebook
Twitter
Pinterest
WhatsApp
Previous articleProposal Of Increasing Vehicles’ Speed Limit On Expressways To Be Discussed In TDC Meeting This Week: Gadkari
Next articleStock Market Today: All You Need To Know Going Into Trade On Sept. 7