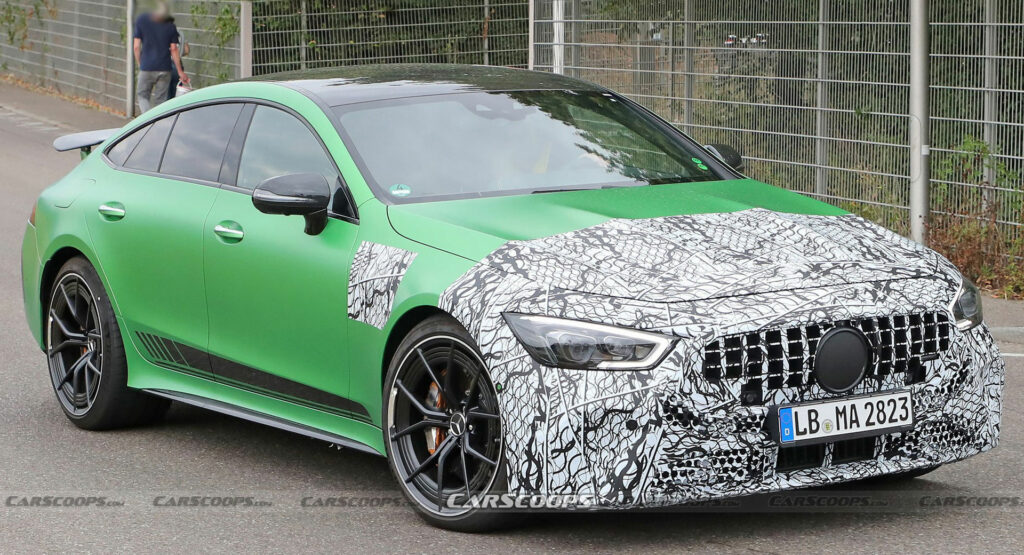 Most prototypes attempt to fly under the radar, but this Mercedes-AMG 4-Door is bound to draw attention thanks to its bright green paint job, camouflage, and black bodyside graphics.

Believed to be an early prototype for an upcoming facelift, the model appears to be a 63 variant and speculation suggests there’s an updated bumper hiding behind the disguise. However, that remains unclear as there isn’t much to see and the central intake appears similar, if not identical, to the one found on the current model.

The lighting units also carryover, but it’s important to note this is believed to be an early prototype so it’s not surprising that there isn’t much to see at this point. That being said, the front fender vents are camouflaged and this suggests they might be redesigned. 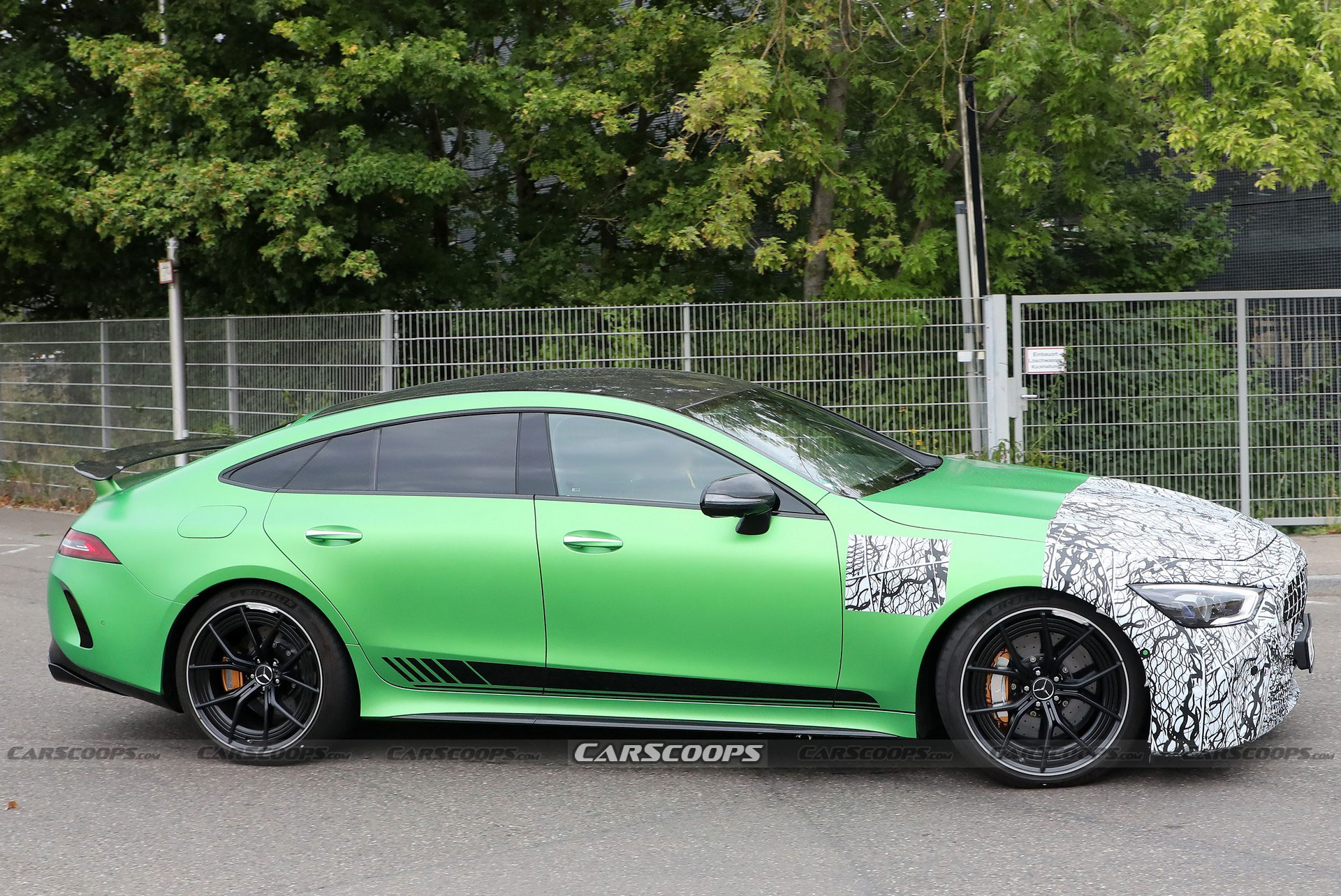 While the rear end looks slightly different at first glance, the prototype has apparently been equipped with the AMG aerodynamic package which includes a fixed rear wing, an optimized diffuser, and a larger front splitter – among other things. However, assuming this is indeed a facelifted prototype, the production model will likely have a modified rear bumper and updated taillights.