Mercedes-AMG’s SL53 Plug-In Hybrid Spotted, Could Have Around 670 HP

Mercedes-AMG introduced the new SL convertible last fall and its lineup is about to grow as spy photographers have snapped a new E-Performance plug-in hybrid.

While the model looks virtually identical to the SL63 E-Performance that was spied earlier this year, a closer inspection reveals a couple of notable differences. The changes are minor, such as red brake calipers rather than bronze ones, but the most meaningful update resides out back. 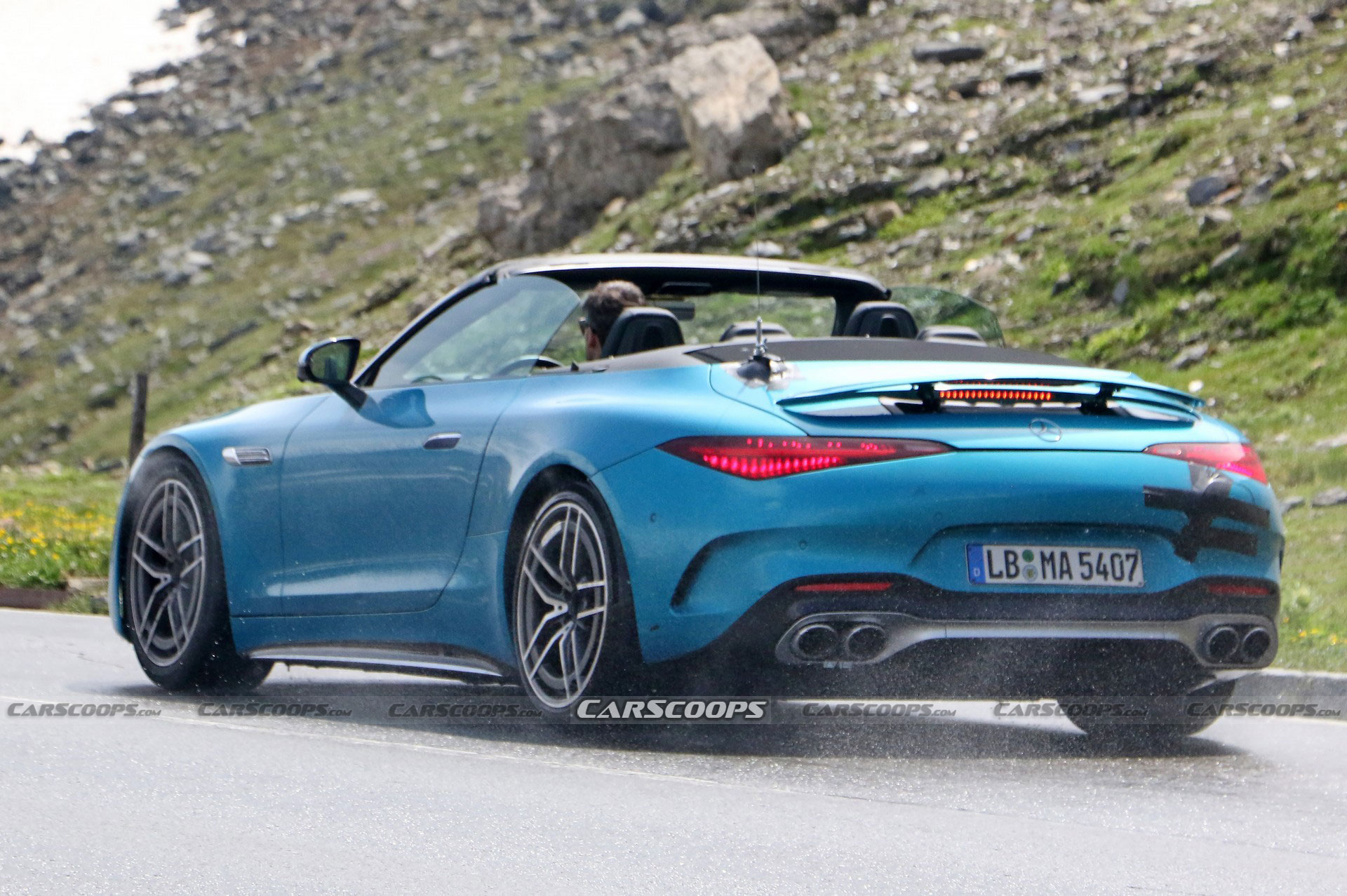 As CarPix joked, “We spotted this prototype in the Austrian Alps showing off both the round quad exhaust pipes and the charger port in the rear bumper. And as you know, the round pipes are less powerful than the squared” ones. Humor aside, the shape of the exhaust tips typically signifies pecking order as the E53 has circular tips whereas the E63 has squared-off ones.

As a result, we’re likely looking at a milder E-Performance variant and we’re dubbing it the SL53 E-Performance for now. While the name isn’t set in stone, the model is expected to share its powertrain with the upcoming C63 E-Performance.

This means we can expect a turbocharged 2.0-liter four-cylinder engine as well as an electric motor. This setup is slated to give the upcoming C63 a combined output of 671 hp (500 kW / 680 PS) and 553 lb-ft (750 Nm) of torque, but it remains unclear if that number will carry over to the SL.  We’ll likely find out more shortly as a debut could come either later this year or in early 2023.