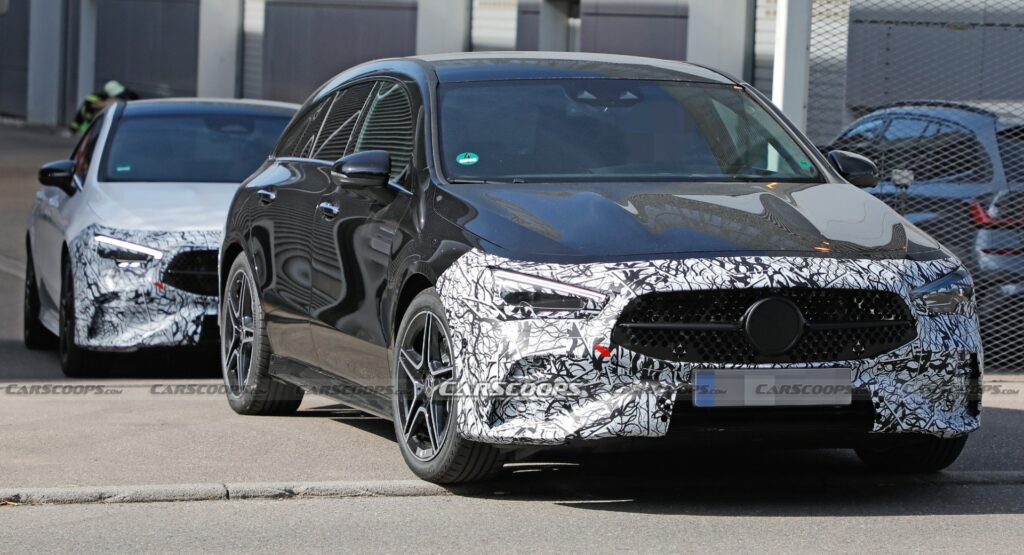 Mercedes is readying a series of mid-lifecycle updates for its compact models and after coming across spy shots of the A-Class, the B-Class, the GLA, and the GLB, the only missing piece of the puzzle was the low-slung CLA. Until now, as our spy photographers caught prototypes of the facelifted CLA and CLA Shooting brake with light camouflage on, showing that it won’t be long until we see them in production.

The second-gen CLA premiered in 2019 with a sleek four-door coupe-style styling inspired by the larger CLS, with the CLA Shooting Brake adding more practicality into the mix. Predictably, the sexy silhouette of the models will remain untouched in the facelift, with designers focusing their efforts on the front end.

See Also: Mercedes-AMG GT 4-Door Prototype Suggests A Facelift Might Be In The Works 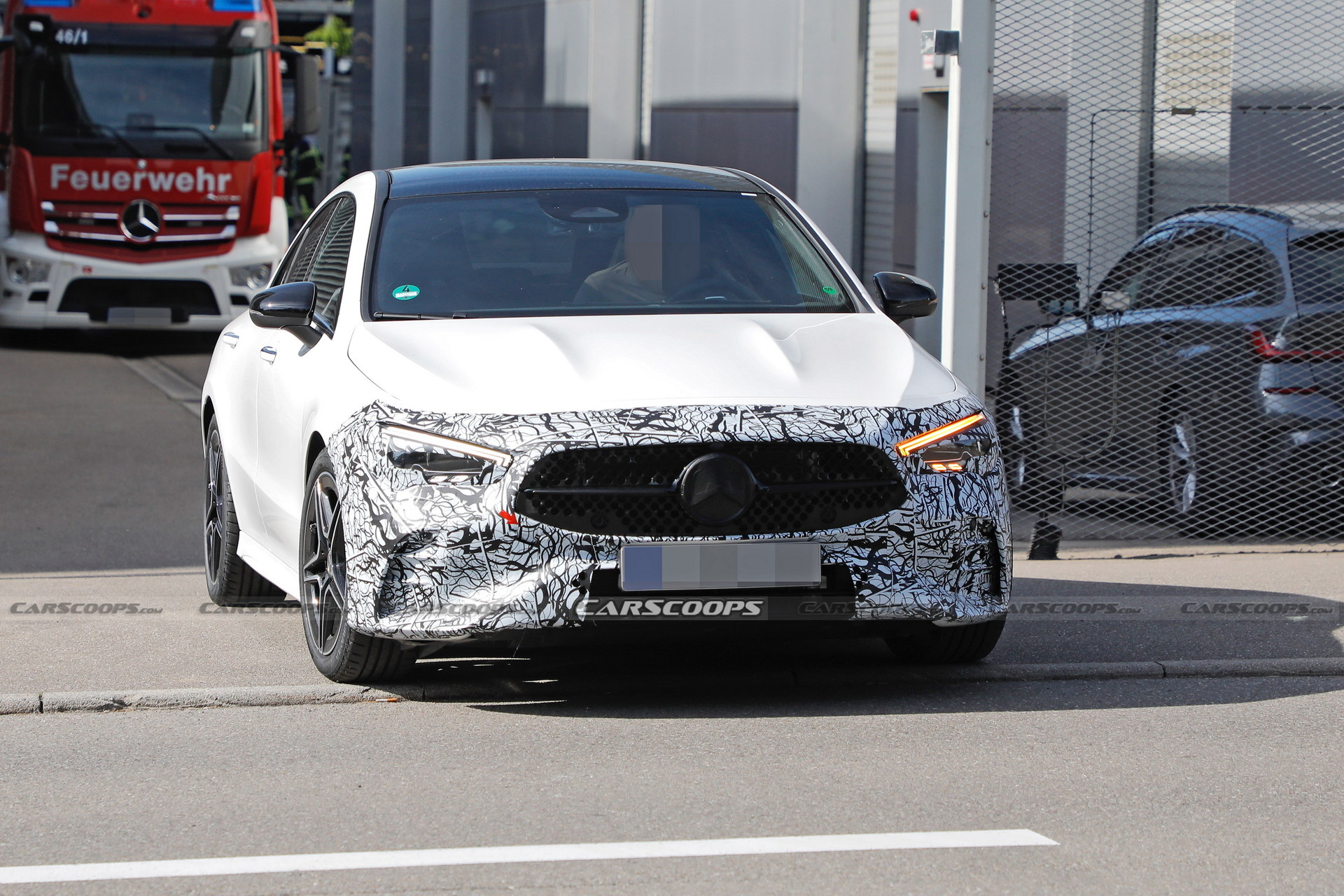 Despite the camouflage wrap, it is clear that the compact four-door coupe is getting a redesigned front bumper. Our spy photographers caught two different bumper variations, with the AMG Line being more sculpted with functional side intakes and more aerodynamic lines. In both cases, the CLA retains the Panamericana-shaped grille which will look more aggressive in the full-blown AMG variants.

Another notable change is the revised LED graphics for the lighting units. The prototypes took a left turn so we got to see the new blinkers, and the modern DRLs which appear to be different in the AMG Line. Hopefully, Mercedes will bring LED tech to more trim levels, since the halogen units of the current base-spec CLA don’t really do justice to the premium design of the vehicle. At the back, changes are limited to the taillight graphics and possibly the lower part of the bumper in lower trims, with the AMG Line retaining the faux tailpipes.

We don’t have photos of the interior, but we expect the CLA to inherit the same updates as the rest of the compact models, spearheaded by the facelifted A-Class. These include an updated version of the MBUX infotainment, likely combined with larger diameter dual-screens in base models, and the demise of the trackpad in the center tunnel making room for a wireless charging pad and new cupholders.

The engine range will likely be carried over with minimal changes to make them cleaner, and the demise of the manual gearbox option which was only available in Europe. The CLA already is already offered with mild-hybrid and plug-in hybrid powertrains, which will be more of a focus in the facelifted range. Finally, the CLA 35, 45, and 45 S performance-focused models from AMG will live on, as is the case with the sibling A-Class and GLA bodystyles.

The facelifted Mercedes-Benz CLA range is expected to debut in mid-2023, following the rest of the compact Mercedes family. Note that Mercedes has announced it will reduce the bodystyle variants in the next “Entry Luxury” range from seven to four while moving upmarket.