Minivan Has An Explosive, Not So Good Time Due To Fireworks 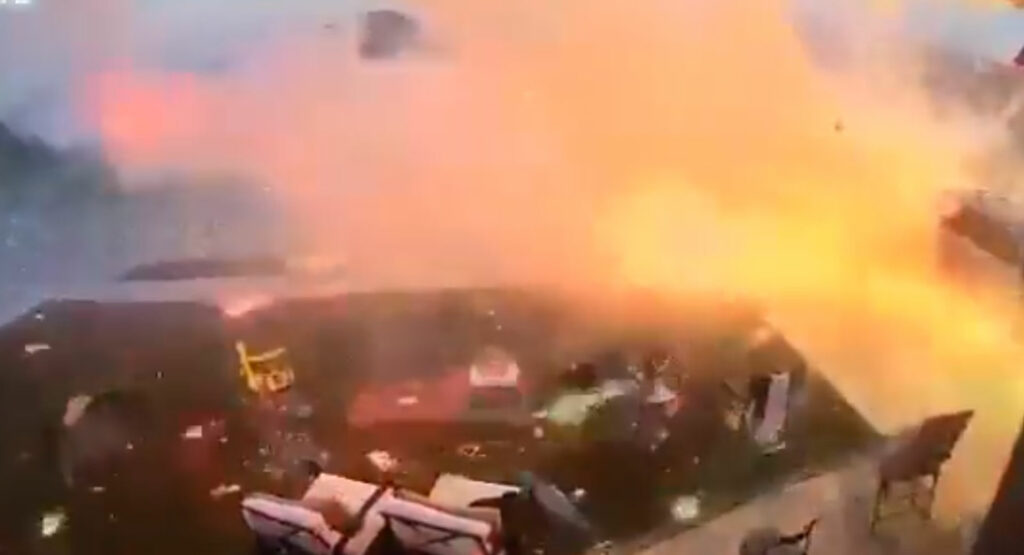 The Fourth of July is typically a relaxing day filled with barbecues and fireworks, but try telling that to this poor minivan.

While there’s no word on when or where this particular video was shot, it recently surfaced on Reddit before going viral on Twitter.

The reason is quickly apparent as it shows a group of people gathering to set off fireworks. However, things quickly take a turn for the worse as one firework is lit and someone yells “run.”

Also Watch: Shooting Fireworks From Inside A Car Is As Stupid As It Sounds

While the comment was likely made in jest, it foreshadowed things to come as the firework failed to get airborne and instead exploded on the ground. This sent colored ‘shooters’ flying in every direction, including to the spot where more fireworks were apparently being stored behind the minivan.

After the initial shock, everyone appears to relax but things quickly go downhill from there. As you can see in the clip, one of the ‘shooters’ apparently set off other fireworks in the storage area and this started a chain reaction. A brief burst of flame gives way to a series of explosions, which engulfs the minivan and soon obscures it from view.

If there’s a bright side to any of this, the initial burst of flame gave the family a heads up that something was amiss. Thanks to this warning, many of them were already running for safety by the time things really headed south. While it remains unclear if anyone was hurt, hopefully everyone escaped without injury.

Regardless, the video shows the danger of fireworks and not taking basic safety precautions. Newsweek noted the National Safety Council said fireworks start an average of 300 vehicle fires in the United States every year as well as 1,300 structure fires and nearly 17,000 other fires.