The brand new third generation of the Toyota Sienta has just been unveiled in Japan, but factory-owned tuner Modellista has already announced a series of styling upgrades and accessories for the compact minivan. The bodykits make the Sienta look sportier and more premium, while the extra accessories enhance its practicality.

The tuner is offering a trio of distinct packages for the Sienta, called Bright Tech Elegance, Tech Gear, and Garnish Style. The sportiest-looking of the three is the Sienta Bright Tech Elegance (white painted in the press shots) thanks to the aerodynamic bumper extensions featuring integrated faux-intakes, the rear spoiler, and the optional dual exhaust pipes. 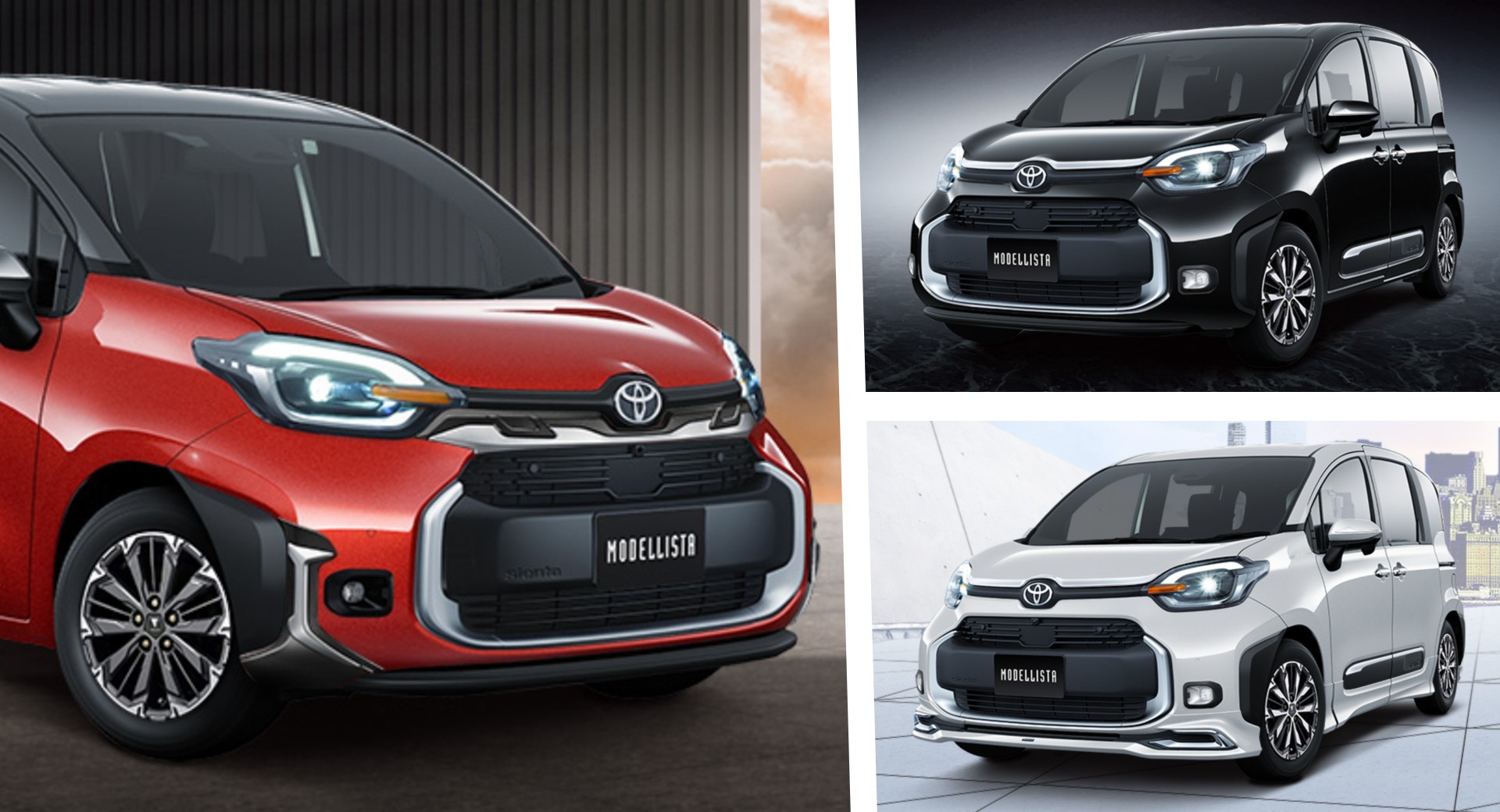 The Sienta Urban Tech Gear (red-painted in the press shots) looks slightly more adventurous, mostly due to the extensions on the plastic cladding of the wheelarches, with aluminum-style accents matching the grille add-ons and the rear skid plate.

Last but not least, the Sienta Garnish Style (black-painted in the press shots) is the most premium-looking option in the Modellista catalogue, with bright chrome accents on the bonnet, doors, mirror caps, door handles, and tailgate. All three bodykits are combined with a new set of 15-inch alloy wheels, which nevertheless doesn’t represent an increase in diameter over the stock Sienta. 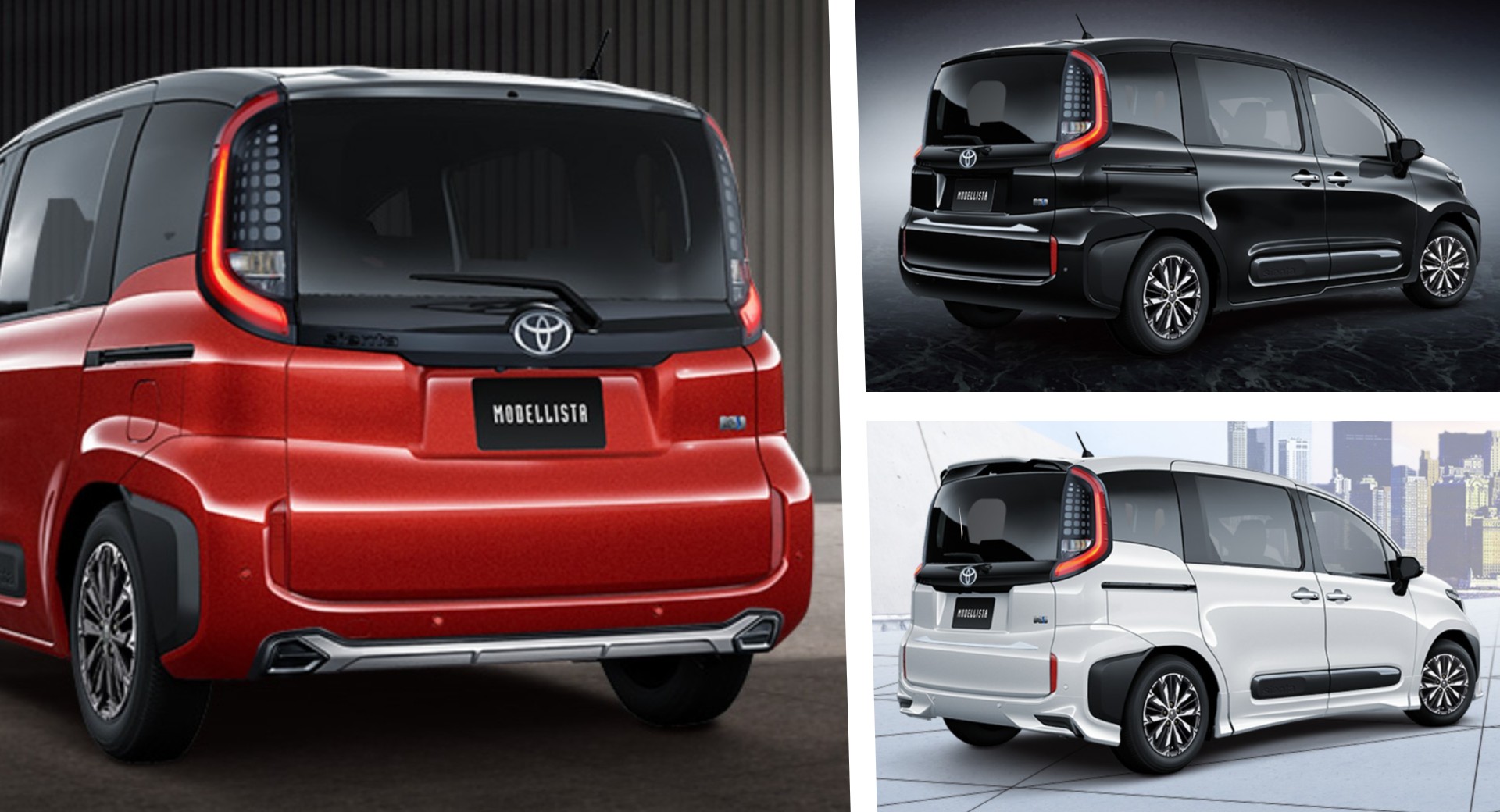 Besides the visual treats, Modellista is also offering a number of accessories for the interior of the Toyota Sienta, improving style and practicality. Among those we find a self-inflating air mattress for sleeping inside the Sienta, a woodgrain deck for the cargo area, a protective net for the cabin when the tailgate is opened, a stylish cushion, sunshades, and LED upgrade for the interior lights. The tuner is also offering grab handles that can be mounted on the seatback for people with reduced mobility.

The Toyota Sienta is sharing the TNGA-B underpinnings with the Yaris supermini, the Aqua hatchback, and the Yaris Cross urban SUV, alongside the 1.5-liter engine in both ICE-only and hybrid forms. The compact minivan features a longer and taller body, with sliding doors and a three-row cabin layout making it perfect for family buyers. Toyota’s range in Japan is full of minivans, including the smaller Sienta, the medium-sized Noah and Voxy, the larger Alphard and Vellfire, and the flagship GranAce.