The Ferrari Roma is the entry point in Maranello’s range, next to the coupe-convertible Ferrari Portofino M. While those models are mechanically related potentially making a Roma Spider obsolete, a prototype of the latter has been filmed during late-night testing outside Ferrari’s headquarters with another completely undisguised vehicle, possibly fitted with a soft-top, appearing in spy shots.

A video by automotive enthusiasts and YouTuber Varryx, breaks down the story of the Ferrari Roma Spider which was thought to be a cancelled project. Whether the tester we see here is being developed as a new Roma Spider that would either supplement or outright replace the Portofino M, or it’s just a leftover prototype that Ferrari’s using to test new components, is anyone’s guess at this point.

See Also: What If Ferrari Made A Track-Only Roma XX?

But let’s see what we have here starting with the uncamouflaged prototype, it was spotted in broad daylight by @zff_passion, likely at a Ferrari facility in Maranello. It is missing the taillight clusters, and has some stuff on the rear deck but we can clearly see it is based on the Roma from the identical body panels on the profile. The roof is absent and the rear deck appears to be redesigned, in order to accommodate the retractable fabric roof which is most likely the main point of differentiation compared to Portofino’s retractable hardtop. The front bumper is covered with tape which could hint at a slightly redesigned face, possibly to be adopted by its closed-roof sibling.

As for the video with the camouflaged vehicle, it was shot after midnight close to the Ferrari factory in Maranello, by @simone_masetti_99. The model which is entirely covered in black plastic panels is definitely a Roma, judging from the lighting units and the overall silhouette. However, a closer look at the roofline reveals it has a different shape, hinting at the Spider / GTS variant. 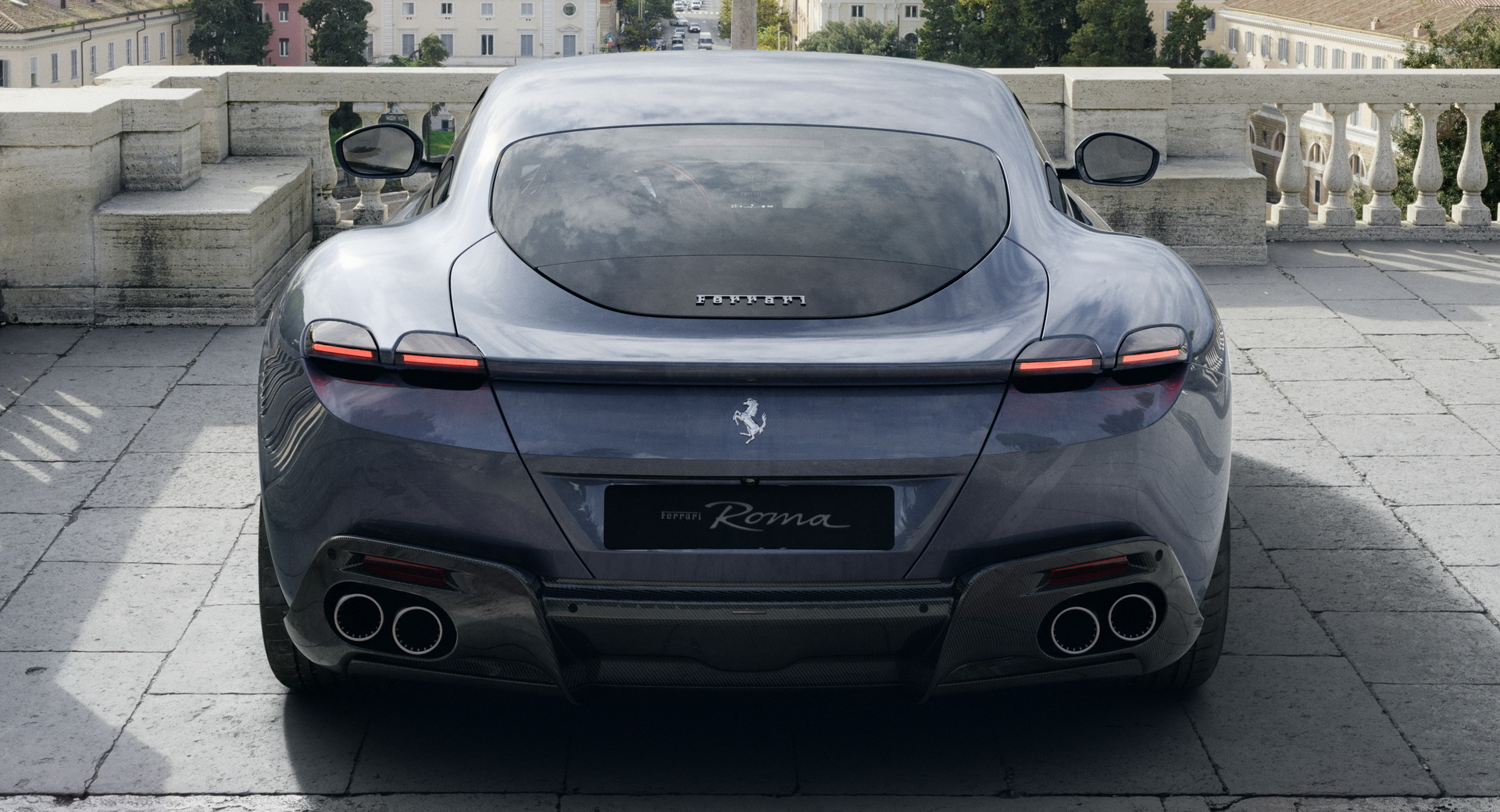 The regular Roma, originally introduced in 2019, is fitted with a twin-turbo 4.0-liter V8 engine producing 612 hp (456 kW / 620 PS) and 761 Nm (561 lb-ft) of torque. The same engine found its way under the bonnet of the facelifted Portofino M in 2021, so it would make sense to be used in a hypothetical Roma Spider / GTS. Given that the Roma could get a facelift soon, there is a chance Ferrari upgrades the turbocharged engine to make more juice. In any case, an open-top Roma would likely be slightly slower than the coupe, due to the extra weight from the roof mechanism.

If it turns out that Ferrari is indeed working on an open-top Roma, then we should see additional prototypes on the road and learn more about the car in the coming months.