The pain at the pump continues as the national average price of a gallon of gasoline has topped $5 for the first time ever in the United States.

Unfortunately, the high prices are expected to continue as the organization noted the latest data from the U.S. Energy Information Administration showed domestic gasoline stocks decreased by 800,000 barrels last week, while gasoline demand grew from 8.98 million barrels per day to 9.2 million per day. Given that, you don’t need to be an economist to understand that lower supplies and higher demand equals higher prices. 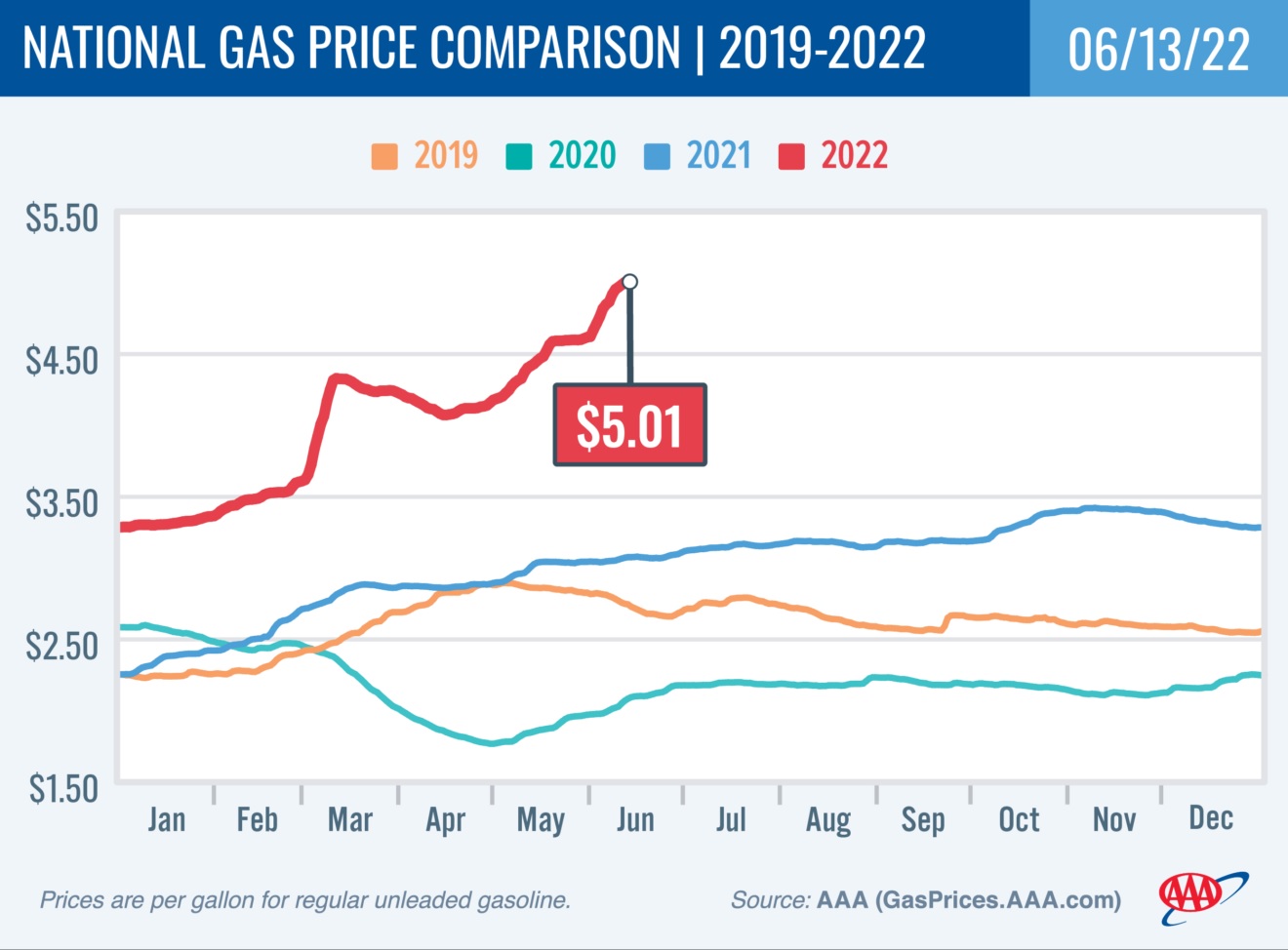 While the national average is $5.01 per gallon, residents in California would likely call that cheap as they’re paying an average of $6.43 per gallon. Other expensive states include Nevada ($5.65), Alaska ($5.56), Illinois ($5.56), Washington ($5.54), and Oregon ($5.53). However, prices are climbing virtually everywhere as West Virginia, Montana, Colorado, Kansas, Virginia, Missouri, North Dakota, Indiana, Ohio, and New Mexico all saw the average price of gasoline climb by more than 20 cents last week.

In a statement, AAA spokesperson Andrew Gross said “Based on the demand we’re seeing, it seems high prices have not really deterred drivers.” However, he noted, “If prices stay at or above $5, we may see people start to change their daily driving habits or lifestyle, but it hasn’t happened yet.”

They ran out of 5s. #GasPrice pic.twitter.com/ps9sqyBOfW