If you still have Top Gun: Maverick fever running through your veins, then this 1984 Nissan 300ZX race car formerly driven by Tom Cruise himself could be the perfect car.

The eye-catching 300ZX was built for SSA Class events by Newman/Sharp Racing and driven by Cruise. The team run by Paul Newman and Bob Sharp claimed the Sports Car Club of America National Championship in 1986 and the following year, recruited two new drivers in the form of Bob Sharp’s son Scott and Cruise.

This Nissan has been listed up for sale on Bring a Trailer and was acquired by the current owner in 2004. A refurbishment was completed in 2006 that saw the racer stripped back to its bare metal and re-painted in the same red, blue, and white livery that it had when being campaigned by Cruise.

Watch Also: Jay Leno Is Quite Impressed With The New Nissan Z 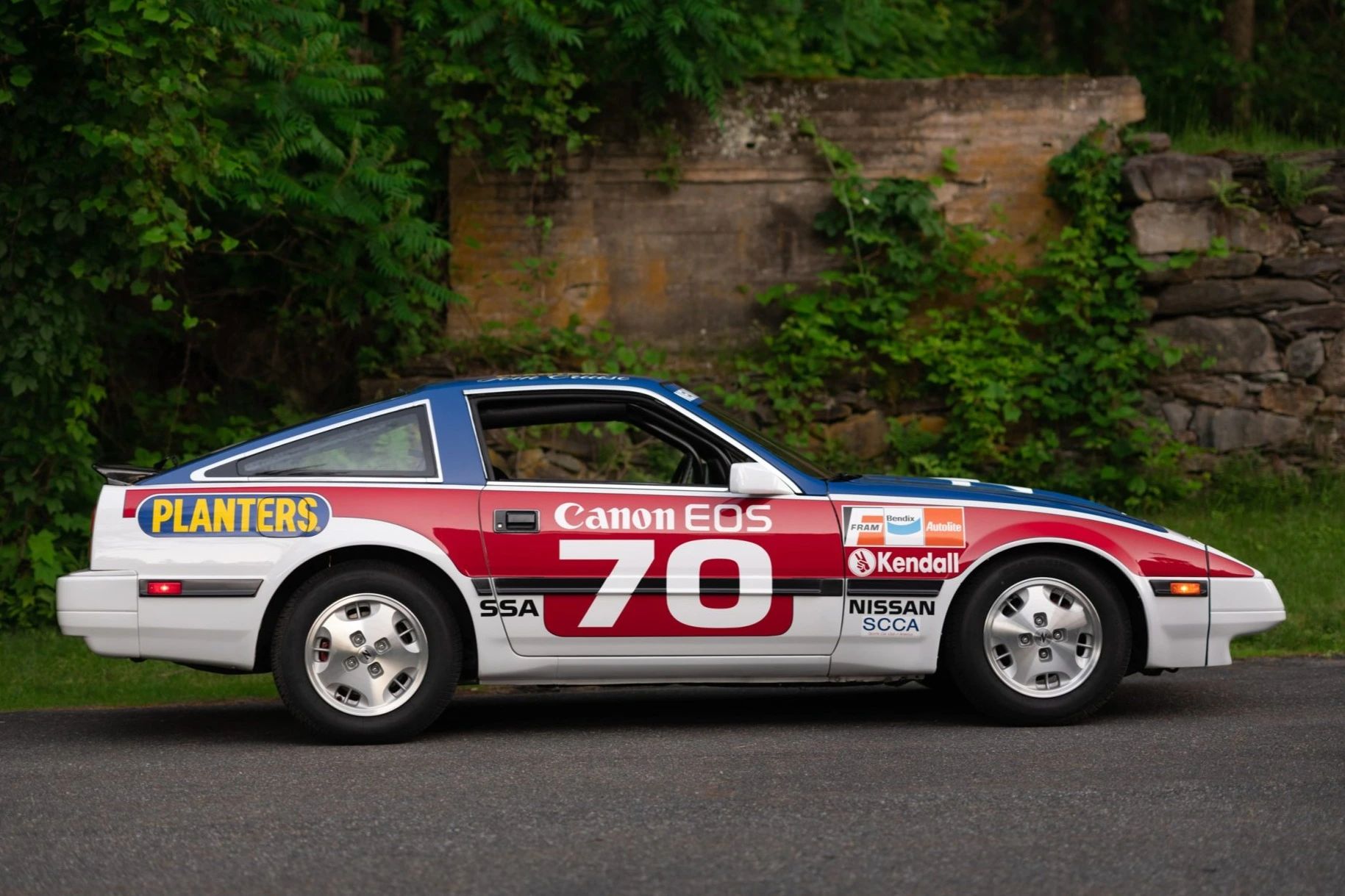 A set of 15-inch alloy wheels currently sit on the car and are wrapped in 205/65 Road King Grenadier SE tires. Discs brakes are featured at all four corners and the car also has Nismo sway bars, MSA suspension bushings, and Tokico springs and shocks.

Powering the 300ZX is a 3.0-liter V6 engine that features an aftermarket ECU, new camshafts, an HKS ignition system, stainless steel exhaust, MSA throttle body, headers, and a lightweight flywheel and clutch. Drive is sent through the rear wheels via a five-speed manual transmission.

Found in the cabin of Cruise’s former whip are red and black vinyl bucket seats with Stroud multi-point harnesses. Added safety is provided by a padded roll cage and despite being a race car, it still features black carpets and an AM/FM cassette stereo.

The listing reveals that the car has a touch over 5,000 miles (~8,000 km) on the clock but it is unclear if this is the true total mileage of the racer.